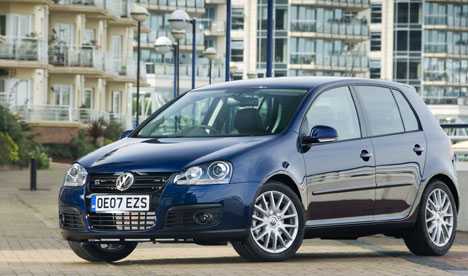 Size doesn’t matter as much as it used to for company car drivers.

The days of badge envy when a 1.6 logo would be overshadowed by the greatness of a 2.0-litre are slowly being forgotten.

Manufacturers are now following the route of washing powder, stereo speakers and iPods in proving smaller is better. Half the size, double the power.

A 1.4-litre used to be barely adequate for a Ford Fiesta, but with a bit of jiggery-pokery it now offers 138bhp (there is also a 168bhp engine).

Basically, the TSI engine takes the excellent Volkswagen direct injection petrol engine and then straps on an engine-driven supercharger for extra pulling power at low revs, reaching 162lb-ft of torque from just 1,750rpm, and a turbocharger for more boost at higher revs.

Extra torque and boost means the engine has very high gearing and flexible power throughout the rev range from 1,000 to 6,500rpm.

This equates to a sub-nine second 0-62mph time and a top speed of 127mph, while still achieving an average 39mpg.

In real-world driving, the Golf is a viable alternative to a diesel engine, with surprising flexibility for such a small engine.

In third gear, it can pull strongly all the way from 20mph to 70mph and well beyond with out a hint of power running out.

Even with a full complement of passengers and luggage, the engine doesn’t feel overwhelmed and easily achieved the stated average, with the trip computer suggesting 45mpg is easily achievable in normal driving.

Push harder and when accelerating from a standstill there is a noticeable mechanical whine as the supercharger does its work, but it adds to the sporting nature of this car.

The suspension keeps the car level in hard cornering, but can feel unsettled at lower speeds.

Inside, there are some subtle touches to emphasise the car’s sporting nature, including a steering wheel badge. However, it lacks wheel-mounted stereo controls.

Diesel accounts for 55% of Golf sales overall, with a higher percentage in the fleet market, as drivers target the lowest emitting cars to keep their tax bills down, but the TSI is a viable alternative.

However, you pay £1,000 more for the diesel, which wipes out any tax advantage and it only achieves £100 more than the petrol on disposal after three years/60,000 miles.

But while the TSI performs strongly against an equivalent diesel, it has a harder fight against some petrol-powered rivals. 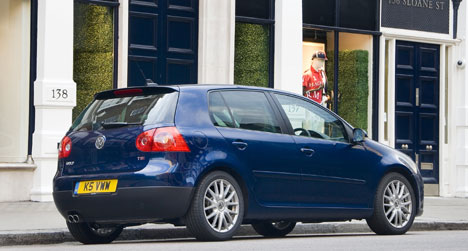