THE Golf Match, far from being a gathering of ageing men in Pringle jumpers and sensible slacks, is the latest addition to Volkswagen’s lower-medium sector model line-up.

Sitting in the range just above the entry-level S model, the Match improves on its sparsely-equipped sibling by adding extra items such as body-coloured bumpers, door handles and mirrors, automatic lights, cruise control, 15-inch alloy wheels, leather-trimmed steering wheel and handbrake, and steering wheel-mounted controls for the on-board computer and stereo system.

Our test car had an optional satellite navigation system fitted (£1,580), but the standard car includes an eight-speaker stereo and connection for an MP3 player. Climatic air-conditioning is standard.

Volkswagen’s build quality these days is such that the Match feels solid, despite being at the lower-end of the trim list. Touches such as the leather steering wheel and cruise control all contribute to a feeling of luxury that you wouldn’t necessarily expect in a car costing less than £15,000.

Having said that, it’s still clearly a car built to a budget – while the plastics are well put together and generally look and feel good, some are a little brittle to the touch, especially lower down the cabin towards the doorbins.

On the outside, you’ll have to pay more if you want metallic paint, and side airbags for the rear passengers are an extra £235.

Overall it’s a pleasant and comfortable interior, if not particularly inspiring. The designers clearly favoured function over flair.

The same goes for the exterior. There’s nothing outstanding, but nothing that should draw criticism.

The petrol unit is a good one, with lots of low-down punch for pootling around town.

It makes the most of the power it has, running out of steam slightly towards the top of the rev range but with enough oomph for sensible overtaking manoeuvres or quick entries on to the motorway. 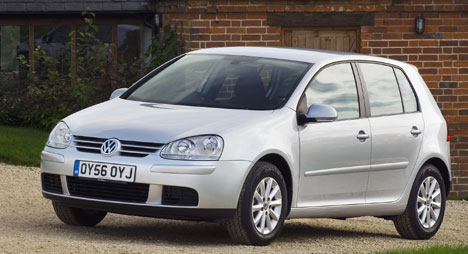 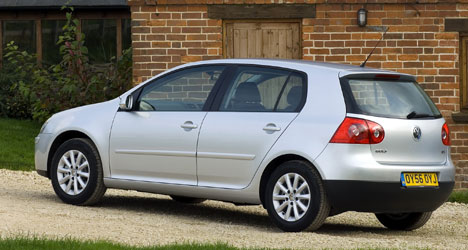 The ride and handling, as we’ve come to expect from all variants of Golf is decent, and with soft, supportive seats long journeys should be ache-free.

At 42.2mpg, combined fuel economy is good for a petrol-engined model, and the light of foot can expect to see more than 50mpg when cruising on the motorway.

Practicality and comfort come way ahead of style when it comes to the Golf Match, but for the price it is an approach that appears to be very good value.

Despite its low positioning in the range, the Match looks and feels far from cheap.