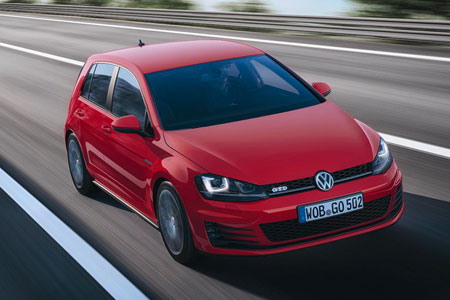 A significant cut in tailpipe emissions looks set to produce an increase in orders for the diesel version of the ultimate Volkswagen Golf.

At just 109g/km, the CO2 figure for the latest GTD model with manual transmission should help cut costs for corporate drivers as well as putting smiles on their faces with better performance, believes fleet business development manager Claire English.

“We’re delighted with this figure,” she told Fleet News.

“It places us at the forefront of what has become a critical area influencing car choice and should prove an invaluable asset in getting this model on to more choice lists.

“Three years ago, our typical customer had a 160g/km cap and we’ve seen reductions in the limit every year since.

"The fleets we work with are now moving to 120-130g/km, so we’re now able to offer them a particularly strong business proposition as well as a boost in power output.”

In Mk6 form, GTD emissions were 134g/km, but the seventh-generation model combines a lower figure with a 20% boost in economy.

Reductions in tax liability, VED banding and insurance costs are expected to result in up to 2,000 fleet registrations over the next 12 months, mostly in five-door, manual gearbox form.

“We see this as a highly-desirable package for fleet drivers and we think it will have a big impact on our user-chooser business,” said English.

With an extra 14bhp under its bonnet, Volkswagen’s long-haul express provides eager and zippy progress.

Whatever the speed, just a dab on the accelerator unleashes a surge of GTI-like power for effortless and rapid overtaking.

Easily mistaken for the GTI at a glance, the GTD shares its hot-hatch looks with distinctive smoked LED rear lights, bi-xenon headlamps, beefy exhaust plumbing, side skirts, rear diffuser and a roof spoiler. 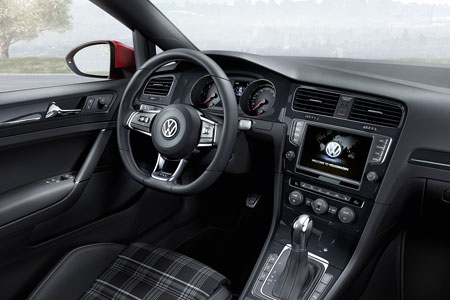 Yet an abundance of other rewards are to be enjoyed from revised suspension that delivers a delightful blend of poise, slick handling and sharp response, all with a compliant ride.

Despite a £500 price rise, value is enhanced with 18-inch wheels, adaptive cruise control and a plethora of active safety features fitted as standard.

This new benchmark diesel comes with an exhaust growl in keeping with go-faster motoring.

By the end of the year, Volkswagen hopes to offer optional noise actuator gadgetry to make the GTD sound like a monster V8 at full throttle – but thanks to clever computing, it will be audible only to those inside the car.