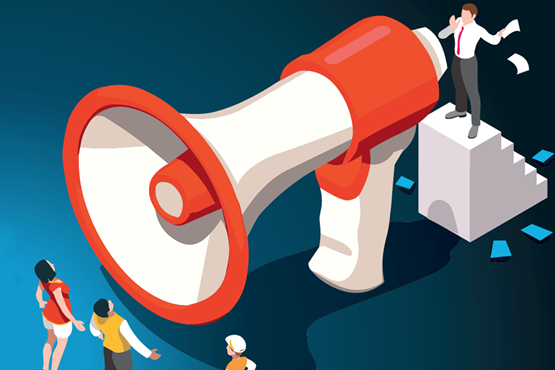 When it comes to ensuring the success of a salary sacrifice scheme, there’s one thing on which fleet managers agree: a concerted and ongoing marketing campaign that uses clear language to explain the implications of signing up to the employee benefit is of fundamental importance.

“The main barrier to a scheme’s success in the first instance is a lack of understanding among colleagues which results in a reticence when it comes to changing the way they’ve always done things,” says Dennis Dugen, fleet manager at WSP Parsons Brinckerhoff.

The global professional services consultancy became one of Venson’s first customers when it introduced salary sacrifice as a replacement for its company car scheme in 2010.

“I spent quite a lot of time visiting our offices nationwide explaining as clearly as I could how the schemes work,”  says Dugen.

“Roadshows and workshops really are vitally important when it comes to ensuring the scheme’s initial success.”

Workshops proved a useful way for South & City College Birmingham to educate staff when it introduced its salary sacrifice scheme with TCH Leasing in October 2012.

Mark Jenkins, the college’s executive director of HR, attributes the scheme’s success to the work undertaken by TCH to both launch and promote it in the first place.

“As a public sector organisation we needed to look at what existing packages we had in place for staff benefits to make us the employer of choice within the area,” he says.

“We’d been running more of a PCP-type car lease scheme, but the number of people taking that up dwindled.

“We wanted to revisit what we were doing and see if we could offer our staff something better.

“Around that time we merged with another college, so we, as a college, had made a decision to take all the staff away on three training days so they all understood what the culture of the new college was going to be.

“That was an ideal opportunity to launch the scheme, so TCH provided us with information which we were able to pass on to our staff, as well as details on how to use the website it had set up to get quotes and further information.”

Jenkins says ongoing information about the salary scheme is available on both the website and the college intranet, which also features other employee benefits such as a cycle to work scheme.

“The intranet has basic information about the car scheme, what is entailed and what savings employees can get,” he says.

“From there they can go to a quotation page and they get lots of different quotes for different vehicles.

“The big change that we’ve had fairly recently with regards to the quoting system is that TCH has brought in a feature called Car Shopper.

“Previously, users of the website had to specify a particular vehicle to get a quote, but now they can put an amount of money in and the amount of mileage they do, and it will bring them every one of the vehicles which fall into that category.

“A lot of staff have found this really useful.”

Jenkins says the college’s salary sacrifice scheme currently has 52 vehicles on it, which is “far more” than the number of takers on its lease scheme. The college has around 1,000 members of staff and the scheme is open to all those with a permanent contract.

“The initial three-year period is coming to an end and we have had a number of people who are ordering new vehicles because their schemes are coming to an end,” he says.

“Some of our employees have even taken on two vehicles – one for them and one for their partner or kids.

Jenkins says word of mouth has been one of the key drivers of uptake. “When we first launched the scheme, a number of new vehicles began to appear across all our centres at around the same time and people were picking up on that,” he says.

“We’ve also done a couple of additional launches as well. We’ve had a number of staff training days where the college is closed to students and TCH brought a number of vehicles to our centres to show staff what they could potentially have for their money.

“It went through with staff what exactly the scheme  was, did quotes for them and that helped build up the  popularity base.”

After a slow initial take-up, 200 employees had signed up to WSP Parsons Brinckerhoff’s scheme within two years. Among the most enthusiastic initial participants were those employees who had previously received a cash allowance. Today, more than 350 are driving a salary sacrifice car – the scheme is open to all 2,500 employees – and many employees are now on their second contract.

Dugen says: “I’ve yet to find a more cost-effective way of providing employees with a new car.

“But I do think that this statement needs to be qualified  by adding that this is only true if you opt for a low emissions car. When it comes to salary sacrifice schemes, the real challenge will be to see what happens over the coming years as the tax regime gets constantly tighter.

“The one thing I’m certain about is that the manufacturers will keep on making their cars far more efficient, which will only help.”

DB Schenker Rail (UK) introduced its salary sacrifice scheme in March 2013 to ensure that its 3,400 UK-based employees were “properly looked after”.

More than 250 orders were placed by staff in the first six months, with employee satisfaction rates consistently measuring more than 90%.

The main problem with the scheme’s implementation arose due to the company’s “large, diverse and widespread employee base” that was frequently paid at different times of the month.

Calvin Russell, HR shared services business partner at DB Schenker Rail (UK), says that the company recognised this issue and subsequently discussed it at length  with Hitachi. He attributes this close collaboration to the high levels of engagement and take-up that has subsequently been witnessed.

“A number of our staff are paid in a manner different to Hitachi Capital Vehicle Solutions’s online system,” he says.

“To accommodate us, Hitachi Capital Vehicle Solutions developed its online quotation website at its own cost in order to incorporate our requirements.

“I believe that this was one of the contributing factors that led to the success of the DB Schenker Rail UK’s Fuel and Go scheme.”

Neither WSP Parsons Brinckerhoff or South and City College Birmingham reported any issues with their respective salary sacrifice schemes. Nevertheless, Dugen says: “Select your provider carefully, as I think that you have to view this as a long-term arrangement.

“Research carefully exactly how the schemes offered by different companies might differ, try and envisage how your organisation might evolve and choose your provider accordingly.

“For example, we’ve recently taken over another company and we’re just in the process of offering the salary sacrifice scheme to those new employees – and we’ve not had any problems with doing this.”

He adds one further reason to stay with salary sacrifice: “Also, it’s difficult to leave it once it’s up and running.”

It chose Automotive Leasing (the public sector arm of LeasePlan) to deliver its scheme – named Salaryplan – with the primary intention of helping staff reduce CO2 emissions by encouraging the use of fuel-efficient cars.

Three years after the scheme was launched, Mydrian Harries, head of corporate risk at MAWWFRS, says: “When I’m asked by other organisations why should we have a salary sacrifice scheme, my answer to them is: why wouldn’t you?

“We’ve proved that, when you have the right framework and scheme provider in place, it provides financial savings to the employer and low operational involvement by the employer, while also being of low risk to the employer. Around 5% of our staff have now taken up the scheme, and we already have a number of employees into their second vehicle contract who are thoroughly enjoying the experience.

“Considering that over half our workforce are made up of part-time firefighters, this is a really positive take-up of the scheme.”

Harries attributes the scheme’s success to the fact that it allows employees to acquire a brand new vehicle for a fixed term of two or three years without any upfront financial deposit, credit check or the usual worries attributed with maintenance costs  and insurance of the vehicle.

Each single monthly repayment by the employee covers the vehicle hire cost, its maintenance and tyre replacement, fully comprehensive insurance and accident or breakdown recovery.

Harries adds: “The main challenges we initially faced was the misconception that providing such  a scheme would be costly and high-risk to  the employer.

“In fact, this couldn’t be further from the truth, in that the scheme’s day-to-day implementation has had minimal intervention by ourselves and the risks to us as the employer arising from its delivery are extremely low. We have built into the framework a number of protection measures for both the employer and the employee to make the scheme sustainable while not comprising value for money.

“To date, this has been extremely effective and the future looks very positive for the scheme.”