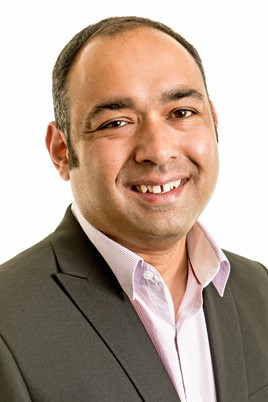 Air quality concerns in towns and cities, along with the worldwide climate emergency, is forcing fleets to reconsider the way goods and people travel.

As a result, Energy Saving Trust says it has seen an upturn in demand from fleets wanting to lessen their environmental impact – and it’s eager to help more organisations embrace change.

Tim Anderson (pictured), UK head of transport at Energy Saving Trust, says: “We don’t talk to many fleets now who reject the argument that we need clean air and that we need to deal with the climate emergency.

“I think there’s an acceptance that we’ve all got to play our part and those of us running fleets of vehicles have perhaps a bigger role than those of us just driving around in our own vehicle.”

Most organisations, whether “reluctantly or willingly”, are considering how they need to adapt their fleet operations, he says.

The Government-backed social enterprise, which receives funding from the Department for Transport (DfT) and Transport Scotland, is currently working with up to 100 organisations a year, collectively operating almost 15,000 vehicles and 30,000 grey fleet cars.

Recommendations made to fleets last year identified £4.7 million in potential savings and a reduction in CO2 of 6,500 tonnes, the equivalent of taking more than 1,200 cars off the road.

“Once fleets embrace the fact that they need to do something differently, then they can actually make some quite far-reaching changes,” says Anderson.

Energy Saving Trust provides a range of services, from its Government-subsidised fuel-efficient driver training courses, with some 70,000-plus drivers trained to date, to fleet reviews.

Anderson explains how the trust operates. It starts with an initial meeting with one of its five fleet support managers to understand the fleet’s needs and objectives, as well as current fleet infrastructure, processes and costs.

Energy Saving Trust then carries out a full analysis of the fleet’s data and produces recommendations in an in-depth report, which is fed back to the fleet by the fleet support manager.

Follow-up meetings then take place after six and 12 months to review progress and identify what additional help and advice the trust may be able to offer.

Its core offer used to be the green fleet review, but the climate emergency and a growth in clean air zones (CAZs) mean that the ULEV fleet review, which creates a business case for the adoption of ULEVs based on wholelife costs, is now the most popular among fleets.

It also administers the DfT’s e-cargo bike scheme – a £2m fund supporting last-mile deliveries. A bike grant covers up to 20% of the total cost of an e-cargo bike, up to a maximum of £1,000 per bike.

“It’s not about preaching to fleets,” he says. “It’s about making a practical difference on the ground that will help us achieve the ambitious (environmental) targets we now have in this country.”

Anderson says this will be done by giving fleets impartial and realistic advice, and by taking more of a partnership approach to its work.

Along with many of the trust’s transport team, he has worked within the fleet sector and believes that allows them to bring a pragmatic voice to the table.

“A lot of the programmes we deliver are intended to create a voice for Government to fleet operators, but it’s equally important to feed back the experience of fleets to policymakers,” explains Anderson.

“We’re bridging that gap between Government and the fleet industry.”

A diesel driver, he also readily admits that the fuel type has a role to play. He explains: “I think that Euro 6 diesels, meeting the latest emission standards, are incredibly clean and still should have a place in today’s fleet. For people that drive long distances on a daily basis, it is a really good solution. We’ve never bought into the demonisation of diesel.”

However, he says, there is a need to transition away from fossil fuels.

“Diesel will have a place for the short-term for organisations running vehicles, particularly commercial vehicles over heavy duty cycles, but we certainly need to have a pathway out of both petrol and diesel over the next decade,” he says.

Anderson has worked in the automotive sector since finishing university in the early 1990s. His career began in daily rental, dealing with customers travelling in and out of Heathrow Airport.

“It was a good training ground for dealing with problems in the moment,” he says, noting that tired, long-haul passengers could prove a challenge when a vehicle was not ready.

He became a business analyst at Hertz, before taking an operations role in Europe. “I then did a short stint with Renault Car and Van Rental, which was a new venture for Renault, to set up a dealer-based car rental programme,” he says. “After that I went into fleet management with NTL Group, which later became Virgin Media.”

Consolidation among cable providers saw his fleet grow to some 7,000 vehicles. “It was a huge fleet, but made up of much smaller fleets, with different policies,” he recalls.

Anderson and the fleet team had to implement a company-wide fleet policy. He explains: “We know company cars are emotive, so saying to a person driving a certain type of Vauxhall Vectra they would now be driving a white Vectra with an NTL logo on it, which was the policy at the time for business-related vehicles, was a bit of a challenge. It taught me a lot about the nuts and bolts of the fleet industry.”

He joined the transport team at Energy Saving Trust in 2007 as a fleet advice manager, noting that he then became “part of the solution rather than the problem”.

More than a decade later and now at the helm of the transport team, he is urging fleets to see how they can transform their operations for the better. “Making small changes now can inspire us to make bigger changes,” he says. “Going forward, our advice needs to be challenging organisations to take the next step.”