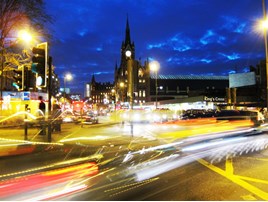 A new global mobility study has shown there are still significant challenges to overcome before mobility and car sharing become mainstream.

65,000 consumers from 10 core markets of the car industry were surveyed.

The results show an industry facing massive changes. Enthusiasm for autonomous driving is reasonably limited. Only one third of study respondents said they would be willing to use an autonomous car.

In the US, a hotbed of autonomous car developent, only 29% of respondents intend to use an autonomous car, 30% have doubts, but only 40% do not consider it a possibility.

“OEMs face a huge communicative challenge in convincing their reluctant customers about autonomous driving, even though in the long run, autonomous driving will significantly increase the amount of driven-passenger kilometres,” said Wolf-Dieter Hoppe, associate director of the automotive practice at Arthur D. Little.

The team also highlighted the question of which companies customers ultimately trust to bring reliable autonomous vehicles into serial production. Although most of the car companies surveyed only enjoy high consumer confidence in their home markets, Google and Apple scored the highest concerning global reach.

Likewise, prospects for electric mobility are not too bright, with high prices, limited range and lack of charging stations are the main barriers, according to respondents.