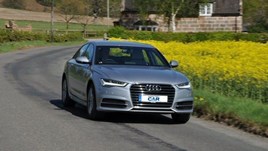 Contracthireacar.com customers are reducing their reliance on diesel models faster than expected, says the leasing company.

It carried out analysis of its own risk fleet following the research published by Arval for its 2016 Corporate Vehicle Observatory Barometer, which points to a 5% overall reduction in UK fleets' use of diesel by 2021.

Arval's study forecasts a 12% reduction in diesel use for larger fleets and a 1% reduction for smaller fleets of 40 or fewer vehicles, the latter accounting for the majority of Contracthireacar.com’s client base.

During the period January to July 2015, diesel made up 86% of car leasing deals written by the firm, with petrol on 12.57%. Alternative vehicle fuels such as hybrid and electric accounted for 1.42% of orders.

A year on, Contracthireacar.com data covering the period January to July 2016 stands at 79.29% diesel usage, with petrol having risen to 17.61% and alternative fuels having increased to 3.10%.

“ULEV and EV orders doubling is to be expected but the 5% switch back to petrol within just a year is somewhat surprising."

This data comes after the company recently relocated from Manchester to Stockport in order to accommodate its growing team, clients and other visitors more comfortably, along with improved transport links. Three new members have joined the team during the last month, at this time of concerted growth.