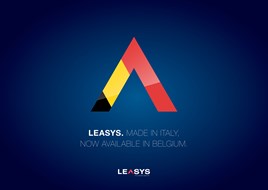 Leasys has continued its internation expansion, with a new presence in Belgium.

The Italian business is part of the FCA Bank Group, a joint venture between Fiat Chrysler Automobiles and Crédit Agricole, started in September 2001.

It already has a presence in Spain, France, Germany and the United Kingdom - taking over the latter from FCA Fleet services earlier this year.

The Beligian market is mature in the leasing sector but Leasys believes there are 'significant growth prospects' for Contract Hire, especially with regards to small and medium-sized enterprises.

Its mobility solutions have already met the favor of new foreign customers, generating volumes up more than 20% in the countries where Leasys has arrived in 2017.

In Italy, Leasys increased its fleet by 5% last year, delivering more than 54,000 vehicles. Overall, Leasys now operates a fleet of about 200,000 units (cars and commercial vehicles).

Leasys says its success is a result of investment in digital and the renewed range of Fiat, Jeep and Alfa Romeo products.

The company as a target to become one of the top five European Contract Hire players within the next three years.

At the helm of Leasys Belgium is Danny Meulenberghs, under coordination by Jean-luc Mas, general manager of FCA Bank Group in Belgium.