Long-running market leader, Ford, is happy everyone is very familiar with its cars and vans. But there can be no resting on laurels. Stephen Briers reports.

Every manufacturer has distinct challenges.

Some are battling to overcome historic perceptions of poor quality; others are looking to boost brand awareness; a few are wrestling with rapid growth that has outstripped their infrastructure capabilities.

Ford has none of those issues. UK market leader in cars since 1977 (and vans for more than half a century), there can’t be a single person of driving age who hasn’t heard of the company and can’t name multiple models current and past.

However, such ubiquity creates its own complications, according to UK director of fleet operations Owen Gregory (pictured).

“Our biggest challenge is to understand what people are thinking about when they think about Ford,” he says.

“Is it the latest models, the latest technology, our ST models? Or are they thinking about Grandma’s 20-year-old Ford that they learnt to drive in?

“Our challenge is to push ‘today’s Ford’. Part of this will be technology, our ST Line executions, our Vignale executions – they are the things that people will be surprised by.”

Ford is rightly proud of its UK market leadership, regularly issuing press releases reminding everyone how long it has held on to top spot in cars and vans.

However, it lost its leadership in the true fleet car sector a while back and last year finished sixth, behind the likes of BMW and Volkswagen, according to figures from the Society of Motor Manufacturers and Traders (SMMT).

Not that this particularly concerns Gregory. 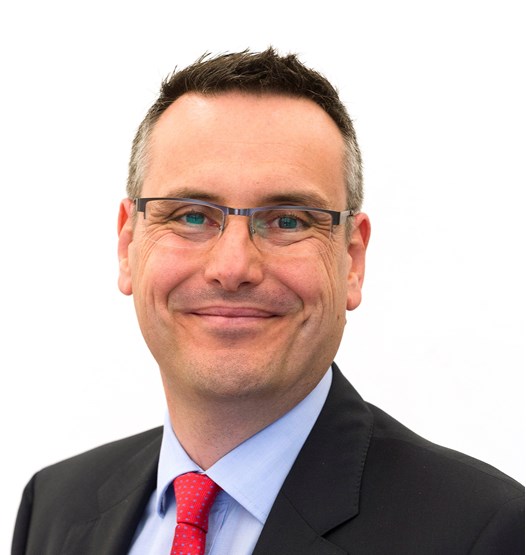 He believes Ford has achieved a good balance of business across key market sectors in recent years and while he has growth aspirations, these are likely to be in line with market trends and with an emphasis on sustainability.

So far this year, Gregory reports a solid first quarter across cars and vans in fleet (Ford has regained second spot in true fleet, trailing only Mercedes-Benz), with a “softening” in the second quarter.

He predicts the rest of the year will be broadly flat, as will 2018, with some fluctuation dependent on market channel.

True fleet, for example, was “quieter” in Q2, but rental was “slightly stronger than expected”.

Like many of his competitors, and a fair few leasing and rental companies, Gregory is grappling with the concept of mobility – what it is and what it means for his company and his customers.

Ford recently opened a new office in east London to investigation ‘smart mobility’, although Gregory declines to expand further on the announcement in the press release which stated the company would “target the near term development of smart mobility technologies while focusing on the specific requirements of European cities”.

Gregory is a little more forthcoming on the topic of autonomous vehicles, potentially a key pillar in the build up to intelligent mobility solutions.

Ford is investing heavily in the technology, although he has concerns over the roadmap from today’s assisted technology to full-scale autonomy.

“There is question over what level of autonomy is actually helpful. Features to help avoid accidents, such as AEB, anti-collision and lane keeping are helpful,” he says.

“But we have concerns about the area between that and full autonomy . The issue is what happens when the driver has to take control, i.e. re-engage with the vehicle?

“We are doing a lot of testing in North America and the experience of our engineers is that the time it takes to re-engage is too long to be safe because they can get so relaxed when the car is in autonomous mode even when they are trying to stay alert.

"If that’s their experience, then for the average driver that’s a real concern.”

Consequently, Ford’s priority is to develop real-world assistance for the driver on convenience and safety, with an ultimate objective of enabling full autonomy only at the point at which the steering wheel and pedals can be removed from the car.

Until then, he has more immediate priorities, such as the launch of the new Fiesta – still the UK’s biggest selling model.

Demand for the outgoing model has remained strong, which has ensured a smooth run-out of the final few cars.

Gregory predicts that the new Fiesta will mark a “step-change” in technology.

“As far as I can tell, it is the most technologically advanced small car in the world,” he says, aware that such a claim risks slipping into hyperbole.

"There will be more active aids to prevent an accident from occurring and the interior will move into the iPad generation in terms of user interface.”

He also plans to step up the marketing message on SUVs. It might be the fastest growing part of the car market, but Gregory believes much of that is down to retail rather than fleet.

“A lot of fleet managers still have no SUV policies or they have a perception that because of CO2 objectives, they can’t be part of the model mix,” he says.

“We are communicating that these products are consistent with balancing driver wants and needs with environmental objectives.”

One year after his appointment, Gregory has had time to reflect on the fleet business. He says he is “pleasantly surprised” by the breadth of support across the various channels, from salary sacrifice to driving schools to corporates.

Major strengths include the van sector where good decisions on the latest models backed with strong support from dealers have solidified Ford’s position and reputation in the market. It’s something Gregory is “incredibly proud of”.

Where there is work to be done is in getting across key messages about some of Ford’s less well-known models, such as Kuga, Edge and Mustang, plus the fleet-targeted ST Line range.

Ford also has an opportunity to get closer to its customers by supporting them throughout the purchasing decision-making process – potentially treading into an area more commonly associated with leasing and fleet management companies.

“We can help our customers through the purchase process more than they currently allow us to. Because of the breadth of our scale, there are few industry sectors we are not involved in.

"So we can bring informative points of view about how they can operate their business in a way that goes beyond product and price,” Gregory says.

“This is interesting at a time when companies are increasingly seeking outside guidance from consultants and fleet management companies.

"My message is ‘don’t forget that the vehicle supplier can often add helpful insight. Call on us – there’s not much we haven’t seen before’.”

Does he believe this growing demand for external support is part of a trend for companies to outsource fleet management, dispensing with the services of an in-house fleet manager?

“We do see more outsourcing,” he replies.

“But, I’ve had as many conversations with companies with a fleet manager that want to outsource some or all as I do with businesses that have outsourced and are now looking to bring it back in.

“So it’s hard to see a net trend although it’s clear that there are more stakeholders involved in decisions than there were a few years ago which makes the process more complicated.”

So how does he sum up his time in fleet so far? “It has taken me a year to solidify my understanding of the marketplace.

"I thought I understood it six months ago; now I think I understand it, but that might change again in another six months’ time!”