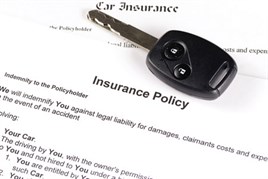 The cost of fleet insurance is not beyond your control – taking action on a number of areas can reduce it. Here are the key areas to consider when renewing your policy.

Fleet insurance costs have increased this year, with many companies typically seeing a 2-3%
rise in premiums, according to Len Benson, chairman of ACFO’s London West region and associate director at commercial insurance broker Peter Lole & Co.

However, he says many well-performing fleets which use fully-comprehensive or third-party cover have been able to renew on level terms.

Taking the right steps could even lead to a reduction in their premium.

Here, Benson outlines the key criteria a fleet manager needs to consider in all aspects of a vehicle operation to help reduce their insurance premium.

The scope for savings is wide if a company examines every facet of running its vehicles, as well as asking the right questions of its vehicle insurer.

What is your fleet’s claims performance?

Ask your insurer for your authenticated claims experience. This is a standard industry form which gives information on your fleet’s performance, usually over the past three years. It will detail the amount of exposure you’ve had in a year, based on the number of vehicles you run, as well as showing the number of claims you’ve had (your claims frequency) and the insurance costs which have been paid and those which are still outstanding.

You need this form in order to get further quotes from alternative insurance providers.

“Asking for this form means your existing insurers will be thinking ‘we’d better not be complacent here because they’ve asked for their claims experience’,” says Len Benson.

“Even if you get the form and do nothing with it, you might get a better quote from your existing insurer at renewal simply because you’ve asked for your claims experience.”

Has your insurer made a profit?

“When you’re negotiating, you need to know whether you’re in a position of strength or weakness,” says Len Benson. “If you think your insurer has made a profit and then you sit down with them and they say that they haven’t, it takes away a lot of your ammunition.”

Many fleets look at the premium they have paid and assume that if the claims costs are a bit less then their insurer has made a profit. But that doesn’t take into account insurance premium tax or other costs.

“Insurers have a break-even point, which used to be circa 72.5% but it is variable between insurers,” Benson says. “They have to pay salaries, premises costs, lighting, heating etc. If they pay more then £72.50 for every £100 of premium (before insurance premium tax), then they’ve probably lost money.”

Have you got the right type of cover?

For most small to medium-sized fleets, fully comprehensive rather than third party only cover is best. This is because 80-85% of insurance claims are third party and there isn’t a big cost difference between the two types of cover, says Len Benson.

Instead of using the insurer’s nominated repairer, could you strike a deal with a local company to get lower costs?

Where are your vehicles based?

Generally, it is better if your vehicles are not in a city centre. If you have a London address but your drivers are not based there, make sure you inform your insurer.

“Say, ‘OK, we’re in London W1 but here are our 20 drivers and their postcodes’,” says Len Benson.

"If you’re based in the country and all your drivers live in the local city, don’t mention it to your insurers.

“Be selective. Although your insurer might come back and say ‘you’re based in the middle of nowhere, where does everyone live?’ Then you’ve got to tell them.”

What driver profile do you have?

Although legislation now stops gender discrimination, female drivers do tend to have smaller claims, according to Len Benson. “If you have more female drivers, your costs will be lower and that will be reflected in your premium,” he says.

Also consider the types of convictions that your drivers have. Are they errors of judgement or does
the driver appear to like taking risks?

What age are your drivers? “If everyone in your organisation is over 35, tell your insurers and see if they will do you an ‘any driver over 35’ policy’ rather than the industry standard which is ‘any driver over 25’,”says Benson.

If the driver’s spouse is entitled to drive the vehicle, make sure they fall into the right age group. If you employ someone under 35 after you have taken out your insurance policy, make sure you inform your insurers. You can still have an ‘any driver over 35’ policy but name the drivers that fall outside it.

Most popular articles in Fleet Insurance