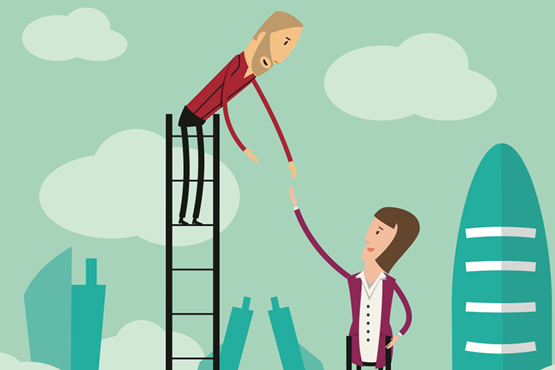 Five fleet managers, with more than 160 years of industry experience, are retiring this year. Ben Rooth asks each of them to share their knowledge

Fleet decision-makers have access to more learning resources than ever before, but there are still plenty of occasions when, as the adage says, there is no substitute for experience.

This year will see five long-serving fleet managers with 160 years’ experience retire from their posts, including Ged Raymond, who had been responsible for Autoglass’s fleet for 35 years.

“Fleet is a challenging business to work in, but I wouldn’t want to have been involved in anything else,” he says. “It’s been an adventure; it’s been brilliant and I hate to have retired. But it will now be an unbelievable journey for someone else.”

To provide help for less experienced fleet managers, we asked the retiring fleet operators about the lessons they have learned during their careers.

Length of career in fleet: 20 years

Length of career in fleet:  25 years

Length of career in fleet:  35 years

Previous fleet roles: Hiway Express, between April 1979 and December 2005, initially as a long-distance HGV driver before becoming transport supervisor in 1982. In May 1986, I became transport manager and remained in this role until I joined WDH in January 2006

Time in role: Eight years Size of fleet 650 vehicles, including LGVs, LCVs, cars and other vehicles

Previous fleet roles: I’ve worked for Hampshire County Council in a variety of different senior fleet-related roles for the past 25 years. Prior to that, I worked for Tarmac and ran my own HGV business after being apprenticed with London Transport

Length of career in fleet:  40 years

How has the fleet manager’s role changed during your career? What new skills have you had to learn?

Phil Redman: The role has broadened considerably over the past 20 years – it now embraces HR, finance and purchasing functions. I became much more involved in policy setting and was very much aware of the need to keep abreast of legislative changes. In later years, I also found that there was a real need to get to know and work with European colleague fleet managers within the corporation.

Dave Gill: You have to be a tax expert now to advise drivers and keep a keen eye out for HMRC changes. You also need more appreciation of the HR side while also understanding risk assessments. So many people fly off into a blind panic and try and fix things they might not need to fix, but you just need to do the risk assessment. That part of the job has become much more formalised, rather than the days when health and safety just applied to people with chainsaws and the rest was unwritten common sense. Finally, you have to be an eco-warrior now. No choice. When I started this job I had pure Castrol R in my veins. Now I love BMW  i3s. How times have changed.

Paul Leaves: I think that the biggest change for any fleet manager has been the arrival of computers and computerised technology. Over the past decade, vehicle diagnostics have taken what’s possible in terms of identifying faults to a whole new level. It remains imperative for fleet managers to fully understand the tools that are now at their disposal.

Rick Young: The technological revolution that’s unfolded over the past three decades has changed the way that fleet managers work beyond recognition. Computers have been at the heart of this revolution and the arrival of telematics has been of fundamental importance in terms of providing data. Make sure you learn how to use the technology – and what to do with that data.

Ged Raymond: I used to write everything on ledgers and the only entry that was in ink was a vehicle’s registration number because everything else would change so I wrote it in pencil. There were no audit controls. Today everything is computerised, fully audited and the volume of data captured means vehicle utilisation and costs can be studied down to the nth degree. Fleet management is a lot easier today, although challenges remain and the job is more demanding due to the importance of compliance and ensuring vehicles are in pristine condition to present the right corporate image. But it is easier to look after 1,700 vehicles today than 300 back then, even though there is a lot more to do.

Outsourcing has become more prevalent over the years – what advice would you give to fleet managers when dealing with suppliers?

PR: I am totally convinced that mutually agreed key performance indicators and service level agreements that reflect the needs of your business are key – in addition to a clear and unambiguous contract. Your needs will change, reflecting business strategy changes, so communicate these well in advance with your suppliers so they can help you implement effective changes. Meet regularly with suppliers and create an environment where the suppliers feel welcome to come forward with ideas to help you.

DG: Don’t accept mediocrity. Expect the best. Work with your suppliers with positive suggestions if you need to criticise  and see how responsive they are. I’ve been pleasantly surprised over the years how well our main providers listen and react; hats off to Lex Autolease who we’ve been with since about 1997.

PL: Personally, I’m not an advocate of outsourcing. I’ve always been of the opinion that it’s possible to keep far greater control over what’s happening within your fleet if you fully understand any issues that arise and subsequently deal with them yourself.

RY: Ensure that your supplier knows precisely what it is that you want to achieve and what their role is within that plan. Mutual trust with your supplier then needs to be established. And it’s important to keep in regular contact with them.

GR: Build a good relationship with a supplier and trust each other. There is not much that I couldn’t get done as a result of one telephone call.

Paperwork would follow, but suppliers trusted me and trust is important between people. Every fleet manager must develop trust with their own suppliers, but it has to be earned and that doesn’t happen overnight.

Where did you turn for extra information or training?

PR: I joined ACFO and gained valuable knowledge from the regional meetings and advice from experienced managers there. Stewart Whyte from Fleet Audits was particularly helpful and I put some of my internal fleet team members through some of their courses.

PL: I used the Freight Transport Association (FTA). I’ve always found that the support this organisation has provided and the accuracy of this information has been outstanding – particularly through its member advice centre. I’ve also made full use of the FTA’s training facilities, not least its IRTEC technical training for engineers.

RY: I’ve always found it comforting to know that the FTA is a just a phone call away when it comes to providing the best possible advice. A few years ago, the FTA approached me to help set up its Van Excellence programme. I’ve always placed a premium on driver and vehicle safety, and it was a pleasure to help establish this.

GR: There was no guide to fleet management, so I developed things to make life easier for myself and the drivers.

What do you wish you knew earlier in your career that would have helped you along the way?

PR: A greater knowledge of how car manufacturers support car fleets and the depth of financial support terms available.

DG: I wish I’d known that crash-for-cash was going to be such a ruddy nuisance – I would have had all cars equipped with cameras. I also underestimated how useful manufacturer/dealer contacts were in addition to lease providers. Sometimes they were the only ones who could get the  right answers.

PL: The one thing that I’d have advised my younger self to do is to always ask questions. But it’s just as important that you actually listen to the answers and take that information onboard and act on it. Those employees who don’t do this simply lose credibility.

RY: Fleet managers should embrace every opportunity for training. This might encompass everyday training in how to use computer packages, or more specific training into, for example, how to get the most from those telematics packages you have in place.

What one piece of advice would you give to a new fleet manager to equip them for the future?

PR: Find yourself an experienced fleet manager mentor and don’t be frightened to maximise your use of that relationship.

DG: I’m going to give two tips: first, be prepared for change. The right solutions now will need constant review as your fleet changes and tax rules update, the latter being a house built on sand, so you need to shift with the sands. Fortunately, there are many different solutions now for a more holistic transport view than when I started. Make sure you consider all the options including the HR effects.

Second, challenge things that you know in your gut are wrong. Like some parking fines. Or a zero mph bump the insurers are going to pay out £4,000 to the third party on when neither car had a scratch. The world is only going to get madder.

PL: If you want to be successful in your job then try and learn something new every day. You might find yourself learning from an apprentice who brings a new way of doing something or it might be from a fellow member of the senior management team. But whatever the source, pick the best things that are being done and introduce them into your everyday role to keep improving the status quo.

RY: Don’t ever be afraid to spend time understanding exactly what it is that your organisation does with its fleet and what it wants to accomplish in an ideal world. It’s only when you understand this that you can capture appropriate data, put appropriate resources in place, improve efficiency and, ultimately, make financial savings for your organisation.

GR: Sharing best practice and ideas is crucial. If you have a problem the chances are that another fleet manager has tackled the same issue and overcome it. You can learn a lot by talking to other professional fleet managers. The fleet at Autoglass operates efficiently because we looked at demands and planned everything 20 weeks ahead of requirement.

Advance planning is critical: be completely prepared for the unexpected and act today, not tomorrow.