Countryside: company car drivers should have the car they want 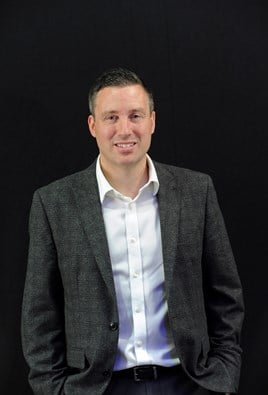 Company car drivers should be able to have the car they want. That’s the approach housebuilder Countryside takes with its company car scheme.

It went from a restricted car list (mainly Ford at the lower grades, with slightly more choice at director level) to a user-chooser policy, with the cars provided through salary sacrifice as part of a new employee benefits package, which launched in 2015.

The scheme is open to those who qualify for a company car (two-thirds of employees) and has an important part to play in the recruitment and retention of staff.

“We’re a housebuilder so recruitment and retaining staff is key and a challenge, particularly in the site-based roles where there is a skills shortage,” says facilities and fleet manager Chris Connors. “So we need to make sure the car is an enabler, not a deterrent for people to join us or stay with us.

“People come to an interview and they’ll ask what car they are getting. They don’t ask about what pension they are getting or what other benefits they’re getting. It’s the car. So it was key and we wanted to be competitive in that market so it needed to raise its profile.

“We needed to deliver a car choice that was fitting. That was nothing against Ford because they’d done a great job but they are a volume manufacturer and it wasn’t seen as giving people choice because if you didn’t want a Ford, what was your option? People do have preferences.”

The list is based on wholelife costs and employees are able to trade up or down. CO2 caps of 130g/km below director level and 160g/km at director level have been set but Connors has found drivers naturally choose lower emission cars because of benefit-in-kind (BIK) tax.

Average CO2 emissions across all new car orders is 110g/km.

Around 400 employees have opted for a company car through salary sacrifice with 350 taking the cash allowance instead.

Mercedes-Benz is currently the most popular car brand, making up around a quarter of the fleet. The Nissan Qashqai has also proved popular, particularly at the lower grades as “it’s a good size family car, with a lot of kit, and it’s good value for drivers”, Connors says.

Giving employees a wide choice of cars is not without its downsides, however.

“If we selected two or three manufacturers we’d probably get bigger discounts from them with the size of fleet we’ve got rather than it being mixed across the brands. But it is just the way the company culture now is to provide choice,” Connors says.

Reallocation is also a potential issue.

“You can’t just say, ‘right, that’s the car for your grade’ because you’re getting different cars back,” Connors says.

“You’ve also got to maintain a relationship with more manufacturers, understand more about how each manufacturer works, deal with different lead times, so there is more stakeholder management. But the good side is that you’ve got staff that appreciate the extra choice and you can explain to a new starter ‘you’re going to have at least 1,500 cars to choose from’.”

Countryside’s fleet management provider Activa is responsible for applying the fleet policy, looking at reallocations and ensuring new starters who have selected a company car have a car on their first day – either a daily rental car or a reallocation.

Countryside made Activa its sole supplier in 2015, having previously had four leasing providers.

The first car to be delivered under the new scheme coincided with Connors’ appointment in April that year.

He joined an in-house fleet team of five including him, which shrank to three last year as part of Countryside’s move to an outsourced arrangement with Activa.

The team sits within the Human Resources department and Connors reports to the group HR director.

Fleet had previously reported into the chief executive’s PA and the switch to HR coincided with the new company car scheme.

Connors’ time is split evenly between fleet and facilities.

“Facilities can be about the silliest little thing, but no two days are the same in either role, so it’s quite good,” he says.  “It’s nice to have the balance.”

Outsourcing was seen as a way to reduce administration, time and cost, and to ensure compliance.

It was part of an overall company strategy to “get specialists in to do specialist work rather than trying to retain everything in-house”, Connors explains.

It was implemented across a number of services in the business, not just fleet.

Opting for a sole supplier has resulted in savings on end of contract charges and daily rental.

Activa takes a “common sense approach” to returning cars, in Connors’ view, rather than “going around trying to find every single scratch”.

This has resulted in a 50% saving in Countryside’s annual expenditure for end of contract costs, while last year, 40% of the cars Countryside returned had no additional charges.

Countryside also has a number of early terminations free of charge, which has proved useful when cars are difficult to   reallocate.

Activa has helped reduce Countryside’s daily rental costs for new starters by offering 24-month contracts. This has resulted in savings of between £40 and £117 per month, per vehicle, dependent on model.

Connors admits outsourcing has not always been plain sailing but he views the relationship as a “partnership”.

“We do get problems because it’s people, it’s cars, and things do go wrong, but the thing I like about Activa is the way we can work together to get a resolution,” Connors says. “If it’s possible they will do it and there’s nothing we could do internally that they can’t do for us.”

He adds: “We had a situation at one stage about how do our drivers contact Activa? So we’ve got a Countryside-dedicated email address which then goes through to a pool of people within Activa that can answer the email but the driver sees that it’s countryside@activacontracts and that’s a bit of ownership and branding that makes it easier.”

Connors believes it is important not to overlook the drivers when moving to an outsourced fleet arrangement.

“It’s all about cost and benefits, and what is a benefit to the business is not necessarily going to be a benefit to the employee. But if you make sure they’re involved early on in stakeholder meetings and get their input you can overcome a lot of hurdles.”

Connors acknowledges there were “teething problems” when the scheme went live as existing company car drivers didn’t fully understand they would need to stay in their current car until the end of the lease, while new employees would enjoy the benefit of joining the new scheme.

“Had we involved them more in the reasons why, it would have made that part of the journey a little bit smoother,” Connors says.

Driver feedback is one way which Countryside measures Activa’s performance.

“We have general service level agreements, like making sure a driver has a vehicle within eight working hours if something goes wrong with their car. We get monthly reports and stats of what is going on, plus we manage them on word of mouth,” he says.

“We’ll regularly go round to the offices, sometimes with, sometimes without, Activa, and just hold open workshops. We encourage staff to tell us any problems because we want to know about them.”

Connors also does informal benchmarking with other leasing companies, although he finds that, while it is easy to compare the cost of a car, it can be difficult to “compare the service as a whole because there are so many elements”.

“We want to work in partnership yet we need to make sure we’re remaining competitive and getting the best deal and being aware of what the market is doing, which is why events like Fleet Management Live can come in good because we can see what other contract hire companies are doing, what other options there are,” Connors says.

Next on the agenda is working with Countryside’s insurance provider Allianz to see if more could be done to manage risk.

Telematics might be an option, following a recent trial with commercial fleet specialists Lightfoot in five vans which achieved “good results from a driver safety perspective”.

Countryside has already updated its risk assessment and guidance, and has an online driver training course which is available to all employees, not just company car drivers.

“We’ve got an exercise at the moment into what more could we do? Because we know we could do more,” Connors says.

Connors is also keeping an eye on electric vehicles. Charging infrastructure and business mileages means the business case doesn’t yet stack up for Countryside “but as soon as we can be comfortable that we can do it , and do it well, they will absolutely be included”, he says.

He adds: “We continually look at what we’re doing, how we’re doing it, could we do it better? It’s never going to stand still.” 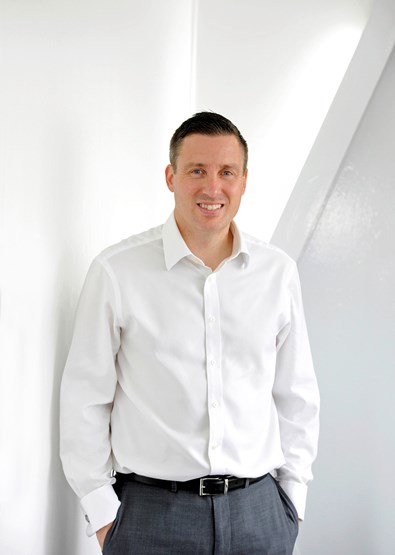 Ensuring vans are fit for purpose

Countryside is currently reviewing its van fleet with Activa’s commercial vehicle department and vehicle converter Bott to ensure it remains fit for purpose.

“We have a habit of ordering the same van over and over again because that’s all we know,” Chris Connors says. “It might be that it’s right, we just need to demonstrate that.”

He believes there could be opportunities to downsize.

“We are getting larger vans sometimes for occasional use, when actually we could do something different. And then do we need to mix our fleet up? Does everybody need the same size van or can we have some smaller ones? But it’s making sure they can carry the right number of tools.”