Altrad Services won't soft-pedal when it comes to driver safety 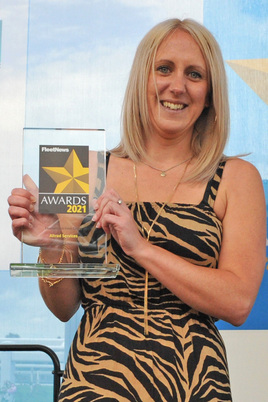 Altrad Services may have a proven track record for driver safety, but fleet manager Sarah Turner (left) refuses to rest on her laurels.

“Driver safety has to remain a focus,” she says. “I don’t want to be in this role and have somebody get hurt while driving on company business, especially if there is something I could have done to prevent it.”

Turners’ commitment and passion for driver safety is likely inherited from her former boss Matt Hammond, who left the company last year to take up a head of fleet role at M Services Group.

It was Hammond’s submission that won the company the Excellence in Fleet Safety title at last year’s Fleet News Awards, but Turner was a member of his team, having joined Altrad as a fleet administrator in 2015.

The use of telematics data and greater driver accountability helped drive down incident rates at Altrad Services and secure it this year’s award.