Superb and Octavia account for three-quarters of the brand’s fleet sales but the picture looks set to change.

With the award-winning third-generation Superb already firmly established on fleet choice lists Škoda chose to switch to a new SUV offensive this year with its first seven-seat model, the Kodiaq.

But it is the brand’s new Yeti replacement, the Karoq, which recently opened for ordering, that head of fleet Henry Williams is most excited about.

He believes the Karoq is “much more tuned into the true fleet market” than the Kodiaq, which is aimed more at retail and small business customers (around a quarter of its sales have gone to true fleet).

“Seven-seat SUVs always give you some appeal and it’s great as a halo product, but where we’re really seeing a lot of gain is through Karoq,” Williams says.

“Yeti was very good for us but what Karoq gives us is a car positioned in a similar way price-wise but something slightly bigger.

"The design is much more contemporary and aligned with Škoda’s design philosophy and we’re bringing into that some petrol engines alongside the diesels, which are really very economical. Then we layer on the new technology and the connected car part to it and we’ve got a really strong proposition.”

Williams won’t reveal his sales expectations for Karoq, except to say that he plans to “grow the volume above what Yeti achieved” (last year it peaked at 13,689).

The Karoq isn’t in the UK yet (our Karoq first drive took place on the international launch) but last month fleets were able to experience it virtually through Škoda’s new digital showroom, Škoda Live Tour.

Škoda Live Tour is a live video stream with a fleet product ‘host’ who is able to explain the model in detail and answer questions in real time. It is a first for the brand and for the Volkswagen Group. 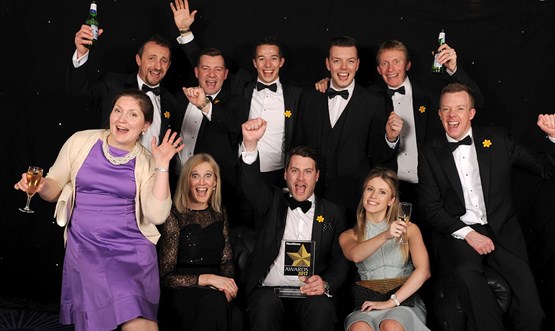 Fleet News: Where did the idea for Škoda Live Tour come from?

Henry Williams: It came from us thinking about how do we get a car to people who have time pressures?

We know most car research is done in the evenings when people get home from work so what can we do to make customers’ time more efficient?

It’s a no pressure sales environment where people who know a lot about the product show it in the best way.

We did a soft launch in the middle of the year and we’ve been gradually ramping it up.

FN: What feedback have you had from fleet managers and company car drivers?

HW: It really works for them, the idea that you can get this level of information and detail, view the car and it’s not just a static camera looking at the car, each of the product gurus has a smartphone with them.

It’s a very interactive experience which is different to anything else you see, apart from going to a car showroom and looking at a car. This is as good as a one-to-one.

FN: Will the Škoda Live Tour be available for all future launches?

HW: It will become a mainstream part of what we do. We can get three cars in there at any one time so at the moment it’s the Octavia vRS, Kodiaq Edition and Superb L&K and then we rotate models every few months.

FN: Your fleet sales have continued to grow this year, what’s been driving that?

HW: The biggest growth by a long way is through my team of corporate sales managers who are looking after our big corporates. That has grown from 8,000 cars last year to more than 9,000 this.

We’ve grown our customer base by about 20% in the past year in that marketplace and we intend to keep growing.

If we look back over the past two years, Superb came in which is a really good success for us, we facelifted Octavia earlier this year, we launched the SE Technology range of cars about 18 months ago and added petrol models onto those recently, again to cater for the fleet market.

FN: Are you seeing a drop in diesel sales?

HW: Yes as a brand. The gap between petrol and diesel from an efficiency perspective has closed quite a lot.

Of course there is a general stir in the market, we’re seeing from the Society of Motor Manufacturers and Traders (SMMT) figures that diesel sales as a percentage of the total are falling and petrol sales are gaining at the same time, but we’ve seen that over quite a long time.

On Octavia the petrol engines are really refined, really punchy, nicer to drive, lower upfront cost and residual values now on petrols have caught up with diesels so, unless you are doing a lot of miles, there really is no need .

FN: What part has the Superb played in your fleet sales success this year?

HW: We do about three-quarters of our business through Octavia and Superb. Octavia is pretty flat year-on-year and Superb is where we’ve managed to grow the business.

Superb estate in true fleet became the number three car in its segment this year . The only two cars ahead of it are the Audi A4 and the Volkswagen Passat and then you have the BMW 3 Series below it.

This is a market dominated by premiums and yet we are one of the few brands growing in that marketplace.

That’s not to say we want to be a premium brand, that’s not us. We want to offer a quality car that is great value for money.

FN: Karoq is going to be your ‘most connected’ car. Where does Škoda stand on the debate with leasing companies over access to data?

HW: We’re working closely with all of the major leasing companies.

There is some useful information in those cars for them so we’re trying to work out how can we provide that to a leasing company on a regular basis and what format they need that in.

There is lots of development time to do that so we’re a few years away from being able to do it.

FN: But what of their concerns about drivers being prompted to visit a franchised dealer for servicing?

HW: We’re well aware that aftersales direction is a key issue for leasing companies so, even before we launched any connected cars in the middle of this year, we were working on making sure that if a leasing company doesn’t want it to happen we have a plan that ensures it doesn’t happen.

It is part of the car that it will do servicing but we can centrally change that. We liaise with all leasing companies on an individual basis to understand their concerns and work to resolve them.

FN: How are you targeting small businesses?

HW: We’ve set up SME Direct recently, which is our ‘no worries’ approach to local business.

We know the SME market is booming, more and more people are taking contract hire, but the challenge that a lot of SMEs have if they are running a few cars is they will sign an individual agreement for each car, they won’t be able to pool the mileage so, if a car goes over mileage they can’t offset it with another.

They’ll get a financial statement for each car – it won’t be pulled into one account, they won’t have access to fuel cards so it’s quite laborious especially for a small business owner who doesn’t have a lot of people and whose time is best spent on the business.

So SME Direct is focused on those people who want a package and we partner with Volkswagen Financial Services for that.

FN: How much of your retail network offers SME Direct?

HW: Anybody can sell it, but predominantly it’s going to be through the LBDMs (local business development managers) because those are the guys we’ve trained to be able to deal with local business in the right way.

FN: You were originally hoping to have 45 LBDMs by the end of this year, how many do you have now?

HW: We’ve got 30. They are employed by our dealers but my team and I recruit them.

We put them through assessment centres, mentor them, train them and bring them together at regular intervals to build a community spirit.

Also we mystery shop them to check all is working well. We think there is scope for more, but 45 may be too many. We’ve realised 35 is probably where we need to get to.

Škoda’s true fleet sales are up 6% on 2016 (as at the end of November) and Williams anticipates maintaining that for the full year, which, in a market which is expected to be down 5%, will give Škoda a relative performance of 11%.

He anticipates Škoda’s fleet sales volumes being “fairly static” in 2018, which should see the brand gain market share if the fleet market is down again next year.