HCVS: 'I think we're seeing the rebirth of the company car market' 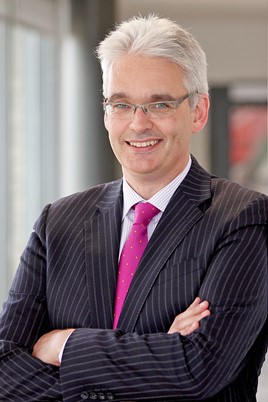 The top 10 FN50 leasing company started the last financial year in a strong position, winning a £136 million contract with Network Rail to manage its owned and leased road vehicle fleet.

Given that it’s a provider that specialises in cars, vans and trucks, managing director Jon Lawes says the deal was in the leasing company’s “sweet spot”. It was able to provide a “total asset solution”, supplying everything from cars to heavy commercial vehicles via a “fully-outsourced leasing and fleet management solution”.

It helped the business, which has offices in Trowbridge and Newbury, achieve profit before tax of £25.7m and an annual growth rate of 4%, in 2019/20.

It also reported a 19% year-on-year increase in net earning assets, with some 81,000 units, including HGV, plant and specialist equipment, worth £1 billion on its books. Some 64,000-plus cars and van are funded by HCVS, according to last year’s FN50.

Lawes says HCVS has “cemented its standing as one of the UK’s largest leasing companies”.

There has been investment in new technology and IT infrastructure, new core platforms and a number of customer-facing digital solutions, including a driver risk management system and fleet utilisation portal, in partnership with Hitachi SIB (Social Innovation Business).

But for Lawes, improving driver satisfaction by 16% is his biggest win in the past year, paving the way for the leasing company’s recent success and helping it cope with the demands that coronavirus has heaped on the market.

“We implemented a strategy in January 2019, focusing on the way we engage with drivers, the way we get feedback, the way we respond and the way we learn from our mistakes,” explains Lawes.

“That has paid dividends and put us in a better shape, culturally, to tackle Covid-19 challenges.

“Everything we do starts and ends with a customer and that applies to everybody in our organisation. That’s what’s driven our success.”

Fleet News: How difficult has it been keeping the business operating during the pandemic?

Jon Lawes: I’m really proud of the way Hitachi Capital and our leasing competitors kept our fleets mobile during the pandemic. There wasn’t necessarily the need with company cars, because they were parked on people’s drives, but for mission-critical vehicles, which are crucial to keeping the country going, we were very busy.

We had about 80% of our workshops open and we had a good supply chain supporting us. But, when you have changes to legislation overnight, such as with MOTs, you have to respond and ensure it is managed properly.

FN: How has the business performed since the initial lockdown was lifted?

JL: What I have seen in June, July and August is that we will be over budget in terms of new business deliveries, so we’re recovering some of the shortfall from April and May.

We’re quite well-placed in the B2B (business to business) environment with what I would call those ‘essential services’ sectors.

We’ve seen an increase in essential services – the home shopping, the supermarkets – having vehicles with Ocado, Asda, Sainsbury’s and DHL as well as utilities, including Network Rail, Cadent Gas, Centrica/British Gas and SSE.

We’ve particularly seen a lot of growth in our home shopping sector, with order uptake trebling. Asda, for example, has really increased its shopping footprint and we’re building more vehicles for them.

It’s meant we’ve had a very small number of defaults in B2B, because of where our customers are operating.

FN: What about your personal leasing business?

JL: On the retail side, we’ve seen phenomenal numbers in the past six-to-eight weeks. When it started in June, I thought it was pent up demand, but it’s continued.

I think there’s an element of people being more reliant on the car because of social distancing, but I think it’s also down to people wanting to cheer themselves up a bit by simply replacing their car.

JL: The past three or four years have been tough in the company car market. We’ve had really high BIK tax and now we’re seeing significant growth in EV (electric vehicle) orders. In fact, massive growth, thanks to the new, low tax rates.

I have also been pleasantly surprised by the amount of people choosing pure electric rather than hybrid (company cars).

FN: How important is electrification to your future strategy?

FN: How do you help customers achieve that zero-emission goal?

JL: One way is through salary sacrifice. It’s a compete no-brainer for customers. It provides an excellent benefit to the total population of a company.

There are savings against an employer’s national insurance and the employee is paying for the lease of the car out of their gross pay with no benefit-in-kind charge this year and a little bit (1%) next year. It’s a very cost-effective way for employees to get access to a fully insured, fully maintained, environmentally-friendly car.

We have about 30 schemes with employers and we’ve seen massive growth. 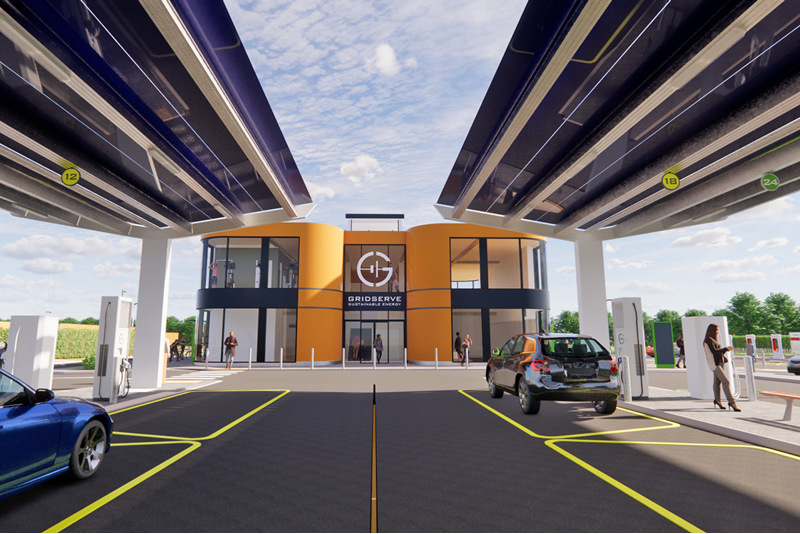 HCVS’s parent company Hitachi Capital (UK) also announced a partnership with Gridserve earlier this year, to help create the infrastructure to accelerate the adoption of EVs.

The hub, which is due to open in November, will be the first of more than 100 sites built by Gridserve in the next five years as part of a £1 billion programme.

It will allow up to 30 EVs to be charged simultaneously with high power chargers that can deliver up to 350kW of charging power.

“As a company, we’re investing not just in fleet, but the infrastructure around it,” says Lawes. “I’ve seen more progress in the past 12 months in electrification than in the last five years and we’ve had a pandemic in the middle of it all.”

Breadth and depth of product and service is the Hitachi Capital Vehicle Solutions mantra.

Hitachi Capital (UK) and Gridserve have entered a partnership which aims to create the infrastructure to accelerate the adoption of electric vehicles.