A car tyre certified for winter use, Michelin’s CrossClimate will extend productivity and safety benefits to vans later this year 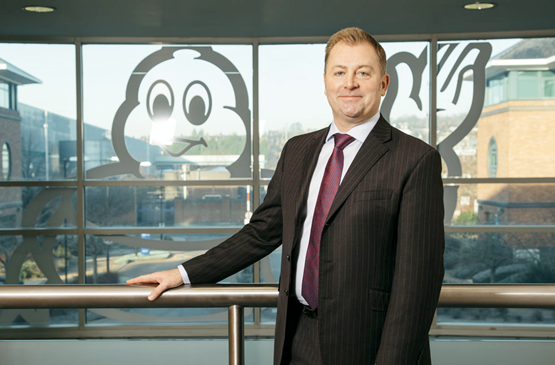 Back in 2011 cold weather tyres – also known as winter tyres – were a big talking point in the fleet sector. After a number of harsh winters tyre manufacturers were, understandably, pushing their products and certain fleets that needed to keep their drivers mobile made the switch.

Others remained unconvinced that the benefits outweighed the cost and logistics of switching between standard ‘summer’ tyres and winter tyres for a few months of the year.

But in 2015 Michelin brought out CrossClimate – the first standard summer tyre to be certified for winter use – meaning that fleet operators could use it all year round rather than switching between tyres without compromising on performance.

The CrossClimate tyre now makes up about 12% of Michelin’s total car tyre sales in the UK and there has been strong interest from corporate fleets with British Gas fitting it to its car-derived vans, Addison Lee fitting it to the majority of its 5,000-strong fleet and many bluelight fleets using it for rapid response cars.

The car range expanded last year to include 14-inch tyres and 19-inch tyres and has recently been improved with the launch of CrossClimate+, which will replace the original tyre. The aim is to take it from a European tyre to a global product as it offers increased winter performance for other markets.

A van range will launch in the UK this year – likely in quarter three or four – and fleet operators will be the first to evaluate them, according to Michelin’s newly appointed head of fleet Jonathan Layton.

Layton replaced Andy Fern at the start of the year but is no stranger to fleet having worked with car and truck operators during his 16 years at Michelin. He believes the CrossClimate van tyre will drive further growth for the brand.

“That will be massive for us,” he says. “That will be a bigger seller than car because van fleets definitely think about year-round mobility, more than a car fleet will. If you think about the service industry and the home delivery networks and the emergency services, they need to make sure they can get where they need to any day of the year so we think that will be a massive seller for us.”

Fleet News: What feedback have you had from fleet operators that have switched to CrossClimate?

Jonathan Layton: It’s been extremely positive. People have tried it because they’ve seen the claims we’ve made and they agree the tyre is as good as we say, if not better. They’ve been surprised how versatile it is, how they can now forget about switching to winter tyres. Winter tyres are not part of their plans now.

FN: How would you encourage more fleet operators to switch from standard tyres to CrossClimate tyres?

JL: Try them. Everyone that has tried them sticks with them. No less than 98% of consumers that have tried them now recommend them. Once you have driven on them you understand the benefits. When you see the claims about CrossClimate most people wouldn’t believe it, in terms of can it really be a summer tyre that drives in snowy conditions? Which is why I say “try it”.

FN: CrossClimate tyres are about 7-10% more expensive than a standard summer tyre so how do fleet managers make the business case to switch?

You’ve got all the wet and dry braking capability as well so it has all the benefits of the Michelin summer tyre but you can just fit it and forget it for the whole year.

Fleet managers need to think about their drivers’ safety as well. You haven’t got to worry about your drivers on a wintry morning getting into work. For duty of care it’s the perfect tyre. So let’s not just think purely about cost, think about the safety aspects of it as well.

FN: What take-up have you had from leasing companies?

JL: We’ve definitely had more success with corporate fleets where you have got a decision-maker involved with the purchase of tyres. Leasing companies have been a harder sell because they’ve got to sell it on to someone else. Their customers almost have to demand it.

FN: What part does customer retention play in your fleet strategy?

JL: It’s crucial we hang on to the business we’ve got. We’ve had some good successes recently, we’ve retained Arval and Hitachi, and Zenith has put us back on the policy for 2017, which is fantastic. The key is retaining the business we’ve got but we very much want to try to get into new markets as well.

FN: Who will you be targeting in the fleet market?

JL: We are a small team – we have two key account managers that devote 100% of their time to fleet, another key account manager for Government and military contracts and a business analyst – and our weakness is probably the small to medium fleets .

We don’t have a direct presence. We’re very much reliant on our dealer network to sell to those customers for us so we’re looking at ways we can interact better with the small to medium fleets. It could be a digital approach, it could be via distribution.

We’re looking at ways we can be as successful as we are with the large fleets. We’re such a small team that we can’t physically call on the small to medium fleets so we’re looking at our approach there.

FN: Will you be launching any other tyres aimed at fleets this year?

The connected car tyre – essentially an extension of the radio frequency identification (RFID) chip – will be the “next big thing”, according to Layton, although “we are a few years away from it becoming reality”.

“Every truck tyre has an RFID chip in it,” he says. “It was done initially for logistics so warehousing could track a tyre through its production process. Now it’s developed into what else you can do with it? How it will link into things like tread wear I’ve no idea, but that is the end game. It exists today but on drive-over technology, you have to drive over a sensor or pad and measure tread depths then.”

The connected tyre could bring significant benefits for fleet managers.

“Fleet drivers generally aren’t tyre-aware,” Layton says. “It’s a constant frustration that they don’t check their pressures, they don’t check their tyre wear, they never book appointments for tyres generally, they just wait until something goes wrong and they have to go into a tyre dealer to make a distress purchase. If we can start to plan and pre-empt those tyre replacements with connected tyres that is going to be huge.”

Michelin has identified a gap in the market with its CrossClimate tyre, which offers fleets a summer tyre with winter capabilities. This not only saves fleets the expense and inconvenience of switching between summer and winter tyres but offers a proven safety benefit. Given the UK’s changeable weather, the judges said that the CrossClimate tyre “answers a lot of problems”.