Nissan lays the foundations to be a major player in fleet 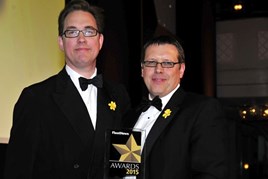 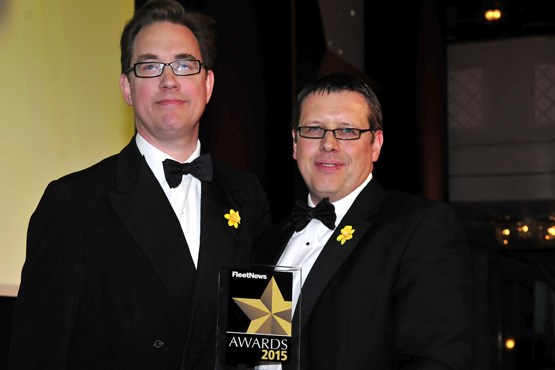 Nissan’s corporate sales team started the year on a high after recording its largest ever volume of fleet car registrations in the UK  in 2014.

The fleet performance also made a major contribution to Nissan’s best ever overall sales year in the UK, with  over 138,000 cars and a total of 148,158 vehicles sold during 2014.

However, eight months into 2015 and the manufacturer could be about to rewrite the record books again, with fleet sales ahead year-on-year.

Beeston puts the manufacturer’s momentum down to product. “Qashqai and Juke continue to perform exceptionally well, and the crossover segment is still really strong,” he says.

Qashqai, year-to-date in fleet, has registered 23,000 units versus 17,000 for the same period last year, and Juke is at 12,000 versus 9,000.
“We’ve got that crossover backbone that’s performing very well and then, on top of that, we’ve got new product such as Pulsar and X-Trail,” Beeston says.

Fleet News: Your latest sales figures point towards record volumes again, but how are you protecting residual values?

Barry Beeston: Our rental volume is static; our core fleet volume and our leasing volume are improving, and our Motability volume is declining.
The business is not about driving volume to create market share. It’s about a very solid platform. It’s about protecting residual values and it’s about managing channel mix closely.

In terms of volume, we’re relatively happy, but with volume it’s all about channel mix and the sustainability of that volume.

FN: Is that sales success changing the way you approach fleet business?
BB: Up until now, we have probably structured ourselves like most manufacturers do who deal with a medium volumes of fleet. But what we’re going through now is a transformation from being a manufacturer who is a mid-player to a large player in the fleet industry. We’re moving into the Vauxhall and Ford arena.

We’re positioned at number six at the moment, in terms of fleet volume, and with that comes a change in structure and a change in the way you approach the market.

FN: So how are you intending to change the way you structure your sales force?
BB: We’re taking a step-by-step approach. We currently have a corporate team, we have a leasing team and we have a dealer fleet team.
Where we’re going to end up, hopefully by April, 2016, is with a large corporate team, an expanded dealer fleet team, our contract hire and leasing team and a new mid-size fleet team, along with a dedicated commercial vehicle team as well.

FN: What’s your new mid-size fleet team about?
BB: It will target those organisations operating up to 150 vehicles. We hope to have it up and running by October/November and it will consist of eight sales people, four back office staff and an overall national manager, which is a significant investment for the company.
I think that area of the marketplace gets somewhat lost. It’s not a real focus for manufacturers, who tend to gravitate towards the large corporates, while the dealer network picks up the one-to-five or maybe the one-to-25 . But then you’ve got those fleets running 50 to 150 vehicles, which present us with a real opportunity.

We’ve surveyed some of those operators and they’ve indicated that they would welcome direct interaction with the manufacturer.

FN: Is there still an appetite from fleets for electric vehicles (EVs)?
BB: We are still seeing strong growth in the EV sector. This year, we’ve sold 1,200 units of Leaf in fleet. OK, those numbers are relatively small in comparison to Qashqai and Juke, but that compares to 700 last year.
We are seeing continued, sustainable increasing volume in EV sales.

FN: How important to your continuing EV sales success was the Government’s announcement to extend the plug-in car grant until February, 2016?
BB: It was very important. Any support that the Government can offer is positive, but the length of that support is also important. It’s OK saying it’s there for the rest of the fiscal year, but many fleets make their vehicle choices on a longer-term basis than that. The longer the period of certainty  the better.

FN: How is Nissan performing in the commercial vehicle sector?
BB: We are seeing a positive trend in commercial vehicles in terms of volume. It’s not as strong as cars – it’s 6,800 versus 6,100 – which is around 11-12% growth.

Commercial vehicles are an opportunity, but we’re going through a transitional period with product. We haven’t got a replacement for Primastar mid-size van yet, while the new Navara is on the horizon. But, despite this transition, we’re still growing volume.
We’re seeing demand for our small van, the NV200. Sales are up around 18%. And we’re also seeing demand for Cabstar and NV400 – both of those are up significantly.

FN: New product will help you drive commercial sales, but what else are you doing to take advantage of this opportunity?
BB: We have re-engineered the business centre network in terms of processes and our management approach, and reward for those dealers that engage. That’s gone really well and, with 55 across the UK, they are helping us drive consistency of aftersales service to the fleet customer.
The next step for them will be an LCV focus in preparation for our new product range. We’re also going to open a dedicated LCV centre this fiscal year in Birmingham.

Demonstrating a commitment to its LCV offering, Nissan has also introduced a five-year, or 100,000 miles, manufacturer warranty for its range of petrol and diesel trucks and vans, purchased from September 1, 2015.

The enhanced warranty covers an array of component  and chassis elements, from powertrain and battery through to paintwork.

The manufacturer says that there is also the option for customers to extend their warranty beyond the standard period, for either time or distance.