Driver safety is not a 'tickbox exercise' at Lyreco, according to fleet manager David Cadwallader 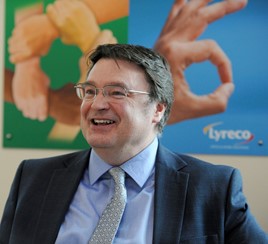 “It’s all about communication and getting the message across,” he says. “We want to make driver safety a living thing rather than just ticking boxes. We want people to always think about it.”

Cadwallader has been in charge of the company car fleet for the past 25 years, initially managing it as part of a facilities role but taking it on full-time when the fleet increased rapidly (from about 150 cars to about 400) due to business growth in the 1990s.

Today it stands at 486 cars (50 of which are based in Ireland). The majority are job-need and used by field-based salespeople.

There are 69 employees entitled to a travel allowance, 50 of whom use their own cars for business purposes. Grey fleet drivers have their driving licence, MOT certificate, service records and business insurance checked annually.

They must also submit a request to drive on business and cannot have a car more than seven years old.

In addition to the car fleet, which is mainly Volkswagen (49%), Renault (28%) and Audi (15%), but also includes BMW, Hyundai, Mercedes-Benz and Škoda, the company has 330 commercial vehicles.

They are managed separately by the logistics team (Cadwallader and fleet assistant Jack Wilmot sit within the finance department).

The cars are on a four-year replacement cycle – in line with Lyreco Group policy (it also operates vehicles in France, Germany and Scandinavia) – and are leased from Alphabet after a decision to go sole supply in 2014 (see panel on page 29).

Some cars are due for replacement towards the end of this year, but the majority are due next year.

Cadwallader is undertaking a review of the car choice list but acknowledges that things could change as result of WLTP (Worldwide harmonised Light vehicle Test Procedure).

“We can just assess and review what cars we can provide and what would be better for the company but, at the same time, the driver. I don’t think you can do much more than that,” he says.

“I doubt if they’re going to be all-electric because the infrastructure and the range is not there for us, but petrol hybrids might be the way. Diesel is still a contender but we’ll find out when we look at the wholelife costs and what is available.”

Cadwallader keeps track of actual carbon emissions through reports from TMC (The Miles Consultancy). Lyreco switched from Allstar to the Barclaycard Fuel+ fuel card and TMC in 2015 (see panel overleaf).

Fuel costs have also reduced with the average pence per mile falling from 27ppm in 2016 to 12ppm last year as a result of the removal of private fuel, TMC’s audit and compliance processes, and the continuing Smart campaign.

At one point, 97% of fuel was bought at supermarket forecourts, which Cadwallader believes was a result of Smart “sticking in people’s minds” and sales directors sending letters out to those who were not following the strategy.

However, it is has proved difficult to sustain that figure and the long-term average is 90%.

More recently the focus has been on risk management.

In 2016, Lyreco had a 42% incident frequency (including third party and theft incidents) and decided it needed to take steps to address it.

All new employees now undertake an online risk assessment, licence check and an eyesight test. Cadwallader also gives a fleet presentation during their induction, which covers the company car policy, including the penalty system.

“We have had one (a penalty system) for a number of years but we changed the policy in 2016 to simplify it. So, if you have one at fault incident, you get fined £100,” Cadwallader says.

“If you have another it’s £250 and we give you driver training, this is over a two-year rolling period. If there is a third incident it’s £350 and we review further driver training requirements and the costs of further training will be met by the driver themselves.

“We’ve not had to do that yet, which is good. And, in all cases, the company reserves the right to conduct a formal disciplinary review.”

“No one will leave after an induction not knowing what the legal tread depth is on a tyre. Not many people do know it before,” he says.

Safety checks are carried out by technicians prior to cars being handed over.

Lyreco’s Quality, Safety and Sustainability (QSS) team also carries out vehicle checks and its training department has developed two e-learning modules: Driving at Work Safely, which all starters have to complete, and will be rolled out to all staff this year, and Under the Bonnet, which covers routine car checks.

All staff also undertake a third party driver risk assessment with on-road driver training for those who are deemed high risk.

Licence checking is outsourced to the Licence Bureau. Cadwallader used to do it in-house but found it “an impossible task”.

Another initiative is toolbox talks and raising awareness of Lyreco’s incident statistics through a published ‘league table’ of incident frequency.

"So, it’s up to managers then to say ‘come on guys, you can do better than this, we’re at the top of the list, we need to not be on there at all’. I think that works,” Cadwallader says.

The main aim is stop drivers hitting the rear of a third party (around a third of incidents are at-fault).

“That’s where the most risk is whether it’s injury, health risk or a cost risk because if you go into the back of someone and a personal injury claim comes in, the sums involved can be quite high,” Cadwallader says.

Lyreco decided to outsource accident management to FMG (through Alphabet) in 2016, which ensures the fleet team are notified as soon as there is an incident.

Costs have been reduced through interventions by accident management service engineers (a £4,000 saving against initial repair estimates) and using mobile repairs (saving £3,000 in vehicle rental).

Post-incident manager interviews, which have to be conducted within 48 hours, were introduced in 2016. “If it puts them in a position where they’ve got to sit in front of their manager, we might get more truth about the incident,” Cadwallader says.

Cadwallader also updates the health and safety committee every month about accident frequency and which regions are not performing as well as they should be.

Having health and safety involved “shows we do take it seriously”, according to Cadwallader and allows people to give opinions and recommendations.

“It will involve our logistic director, for example, and our national distribution manager so they know their side of it and they can share what they do,” Cadwallader says.

“They tell me every day ‘you’ve got to have telematics’. We’ve managed to reduce our frequency without it so far but that might be the next stage.”

The aim this year is for the incident rate to drop to 30%. This will be reviewed at the end of the year and a further target set.

Cadwallader believes the reduction so far has been a “cumulative effect” of the various risk initiatives introduced over the years and new initiatives will be needed to bring further reductions.

He will be reviewing safety technology in cars as part of the choice list review as well as considering telematics and cameras.

However, “the further you get it (the incident rate) down, the more difficult it is going to be,” Cadwallader says. 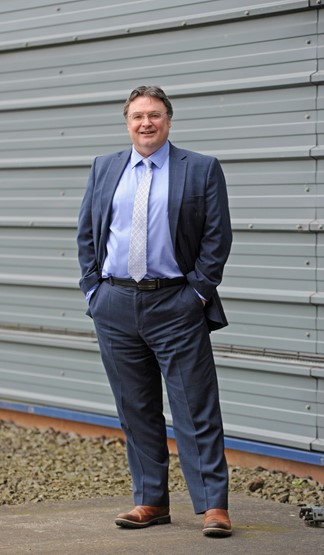 Lyreco made the decision to change in 2014 after conducting a review with Sean Bingham, principal consultant at ERA Fleet Cost Management.

Following it, more than 400 cars have been replaced, providing savings topping £400,000.

In addition, the improved terms and conditions negotiated have “provided further savings in excess of £210,000 across the timeframe”, says David Cadwallader.

“There is a benefit for a fleet manager or any fleet department in that everything is a lot simpler in terms of reporting and getting quotes,” he adds.

He acknowledges that there is a risk of price creep when using one supplier, but Bingham conducts regular benchmarking for Lyreco to ensure Alphabet is competitive.

Price and service level audits are carried out quarterly and confirm that the Alphabet price promise has been maintained and that lease rentals calculations have remained competitive.

The quarterly review meetings with Alphabet also go through strategies, areas of spend and
fleet policy.

“We’re working closely with them and ERA on the selection list so everybody has got an input,” Cadwallader says.

“If we all get together we should be able to formulate a really good policy where the drivers and the business are happy.”

“Eventually, fuel just got to the point where we thought ‘hold on a second here, we can make a lot of savings and help the drivers’,” David Cadwallader says.

After switching to the Barclaycard Fuel+ fuel card and TMC in 2015, Lyreco built up sufficient data to show that 90% of drivers would be better off tax-wise paying for their private mileage rather than paying fuel benefit-in-kind (BIK).

Those that were negatively impacted were given compensation.

“We had no real resistance to it,” says Cadwallader. “People could see they were going to be better off. They’re paying for the fuel they use, not paying for a benefit they’re not really using.”