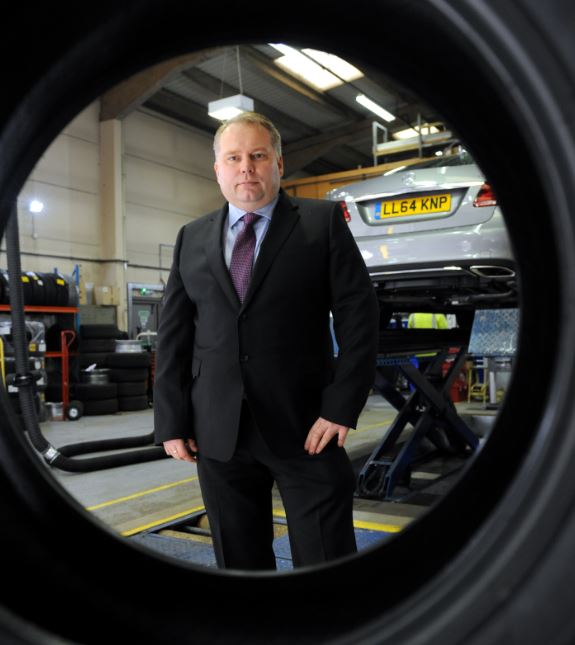 A fleet driver hits a third party vehicle in the rear. At the time of the accident there is only one person in the other vehicle – the driver – but when the insurance claim lands on the fleet manager’s desk there are suddenly four passengers, all claiming  whiplash.

Tristar Worldwide Chauffeur Services, which has a fleet of 415 cars, has faced such spurious claims on several occasions.

“The problem is that our vehicles are quite recognisable; they have got a private hire license on display,” says Jan Kozlowski, fleet manager at Tristar. “If someone wants to commit fraud they know that our vehicles will be insured. We are more likely to be targeted than a normal member of the public.”

But Tristar has been able to quickly squash fraudulent claims after fitting forward-facing cameras to its fleet last year.

In addition, it means that Tristar does not have to pay legal fees or have a driver absent from work to attend court.

“We have managed to win quite a few claims on the basis of the footage whereas before we may have paid out,” says Kozlowski. “It gives our drivers a sense of security. They know that if an incident occurs it will be really easy to establish what happened and we can refute all sorts of allegations.

“We recently had a claim where a third party went through a red light but they said that our driver went through the red light. Normally, if this went to court it would end up a 50-50 situation, because there is no evidence.

“But we were able to demonstrate that actually we had the green light and the third party hadn’t.”

Similarly, any allegations of Tristar drivers speeding can be shown to be false, thanks to GPS data.

Tristar has also had claims where a third party reversed into its vehicle and then told the insurers that Tristar’s driver had hit them in the rear.

“When we send the footage across it’s quite comical,” Kozlowski says.

“The biggest benefit of the cameras is that it’s easier and quicker for us to establish who is liable for the incident and act accordingly. We now manage to settle insurance claims much quicker than previously. I would  thoroughly recommend anyone with a fleet to consider fitting them.”

The downside is that accident cameras are not cheap, costing anything from around £100 to £600, depending on the model and specification.

Tristar has opted for Smart Witness cameras as they meet Transport for London’s (TfL) criteria for such equipment. All data is encrypted, for instance, and the memory card is locked.

Kozlowski says that the insurance savings paid for the majority of the cameras within the first year.

Tristar trialled the cameras in 20 vehicles towards the end of 2013 before deciding to roll them out across the fleet.

“Before we introduced the cameras we had a positive campaign about them,” says Kozlowski. “I explained in our newsletters what issues we had and why we were considering implementing the cameras. We sat down with the 20 chauffeurs who had them installed in their vehicles and looked at the footage. We showed them that there was  no filming inside the cab and no voice recordings – we are only recording externally. That was positively received.

“And once we had the first few incidents where we could demonstrate our driver wasn’t at fault the word spread quickly.

“We even had chauffeurs who wanted them installed in their private vehicles. So there has been no resistance but it needs a bit of work to sell the idea to the workforce because if you just say you’re installing cameras they think it’s to spy on them. We’re very careful what we use the information for: it’s for insurance claims and training use.”

Footage of the chauffeur’s driving is combined with an on-the-road driving assessment from Tristar’s road risk manager (who is a qualified training instructor) to establish any training needs.

All new chauffeurs have an on-the-road assessment rather than an online risk assessment and are re-assessed annually.

“We tried online risk assessments in the past but we found that they are quite general and our drivers always came up high-risk, based on the mileage they do,” says Kozlowski. “But the technology is evolving and it’s something we will consider in the future.”

Drivers are scored using a traffic light system. They are rated ‘green’ if they have no previous accidents and no evidence of unfair wear and tear on their vehicles.

At the end of training course there is a  final assessment – the chauffeur drives a member of staff home and takes them to work the next morning. They are given feedback on the quality of the journeys and anything they need to address.

“One of the big focuses is driving in  an environmentally-friendly manner,” says Kozlowski. “It aligns with our business because we want our customers to have a smooth journey.”

As the vast majority of drivers are employed by Tristar it also has an impact on the company’s fuel bill.

Tristar won the eco fleet award at the 2014 Brake Fleet Safety Awards, as well as being highly commended for the company driver safety and road risk manager of the year awards.  It also picked up three Royal Society for the Prevention of Accidents (RoSPA) awards: the gold award for management of road risk (MORR), the silver award for occupational health and safety and the MORR technology trophy.

Apps have a part to play in the safety of Tristar’s fleet. All drivers must perform a daily vehicle inspection before they are  allocated their work.

“It’s been successful, particularly with checking tyres and tyre tread depths which can be an nightmare for some fleets,” says Kozlowski.

“The chauffeur presses a button if they have an accident or the vehicle breaks down and that alerts our controller immediately,” explains Kozlowski.

“They call the chauffeur and record the details. The controller decides whether the chauffeur can continue with their journey or whether we need to send a vehicle out to them. It takes about two minutes to complete. It automatically sends an email to all the stakeholders in the business and to our accident management company FMG, so they know there has been an incident and they are able to act in minutes.”

Tristar also specifies advanced safety technologies on its vehicles. In 2011/12, it saw a 28% reduction in at-fault accidents thanks to Volvo’s City Safety technology.

It recently made the switch from a dual badge Volvo/Mercedes-Benz fleet to  solus Mercedes and has continued to opt for advanced systems, including a lane tracking package and Collision Prevention Assistance Plus, which provides a visual and acoustic warning when the appropriate distance to the vehicle ahead is not maintained, and applies automated brakes to slow the vehicle or stop it if the driver doesn’t respond.

Although these options bring additional cost, Kozlowski believes they are worth the investment. “Our hit in rear accidents will reduce dramatically,” he says, adding that the move to a solus deal was for efficiency reasons as well as being customer-driven.

“We’re very different from a traditional fleet,” he says. “We are constrained by what our customers demand. In the chauffeur industry, Mercedes-Benz is the de facto standard vehicle. There are other brands which are popular but Mercedes has a  dominant position.

“Traditionally, if a customer requested a Mercedes-Benz we may have had a chauffeur in the area but he was in the wrong vehicle. Having a Mercedes-Benz fleet overcomes that and reduces dead leg mileage.”

Kozlowski is keen to stress that Tristar has a good relationship with Volvo. “Volvo product was very good and was really successful for us but we felt we needed to meet customer expectations and offer a simplified solution which led us to Mercedes-Benz,” he says. “Having a single brand gives us better buying power and a more efficient service operation, because we can lower our stock levels for things like tyres and parts.”

Next on Kozlowski’s agenda is replacing Tristar’s people carrier fleet with newer models. Its 37 Vianos will be replaced with the new V-Class. He is also keen to test the new S-Class hybrid having run the Volvo V60 plug-in hybrid, as part of the Energy Saving Trust’s Plugged-in Fleets initiative.

Tristar already has 49 E-Class hybrid saloons on its fleet. “Emissions are really important for us as the Ultra Low Emission Zone will be heavily focused on NOx,” Kozlowski says. “Those types of pollutants are harmful to health and TfL is doing the right thing, but it has to be workable.

“The initial proposal was around zero emission vehicles. That’s OK for fleets that are purely operating in central London, but we operate in pretty much the whole of the UK and some of our journeys are quite long. But I believe there will be a workable solution for our industry.”

The Tristar way to improve efficiency

Tristar has a vehicle utilisation rate of 97-98%, depending on  the type of vehicle, and has one workshop and a bodyshop based near Heathrow. Here’s how it minimizes downtime and improves fleet efficiency: