Working life on the road for company car drivers in 1970 and 1980, birthday special

Four company car drivers from the earliest days of Fleet News (1970-1980) talk about the highs and lows of working life on the road. Jeremy Bennett reports

John Jolliffe got his first company car in 1971. He was living in Putney when friends started the Vulcana Gas Appliances business in Crawley, (now in Haywards Heath).

The post, technical representative, came with a car and his job was to sell balanced flue gas heaters, commonly used to heat schools, churches and offices.

His first car was a red Ford Cortina estate with a 1600 engine – but no radio. He had owned the 1100 model and this was a “vast improvement”.

“You feel on top of the world, until you progress to something better,” he said.

Jolliffe typically drove between 30,000 to 35,000 mile per year in London and Home Counties in a time before the M25 and M23 had been built. The only way to get around was using maps.

“It was normal to stop the car and have a look around to understand where you were,” he said.

Communication before mobile phones was based on a strict policy.

“My instructions were to phone the office between 1pm and 2pm every day, giving them the number of the phone box for them to call you back if they had any messages.”

But it wasn’t always simple.

“You had to find a telephone box that either hadn’t been used as a toilet or hadn’t had the handset ripped out. It proved to be one of the biggest challenges, typically when you had an urgent message.”

After the Cortina came a Ford Escort, British Leyland Maxey, two Volvos including one that was secondhand and the other with a belt drive that kept breaking down.

Eventually the company started running cars in the Toyota range, in the late ’70s and early ’80s which were by far the most reliable.

“Good performance was rewarded with better cars and that to me was epitomised by increasing levels of comfort. I managed to convince the company to give me automatics which made a vast difference when you were on the road a lot.”

The biggest advance in car technology since the 1970s for Jolliffe has been in reliability and safety.

“My employers were reluctant to change to running Japanese cars, but they were so reliable it paid a company to do so in the long run.”

His final company car was a top of the range Volkswagen family car with a built-in telephone in 1994.

“All the reps had them in their cars and we always talking to each other. Before, it was quite a lonely life because the only people you came into contact with you hoped to do business with.” 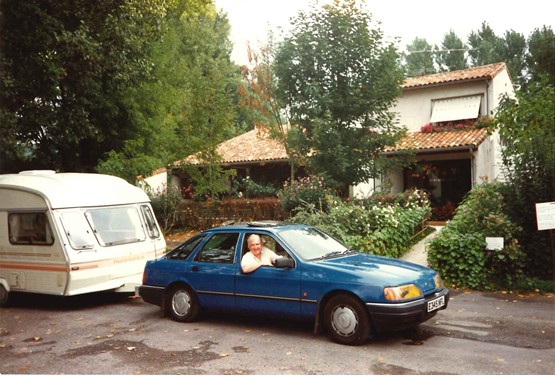 Lunch from a lunch box in a layby, on good days supplemented by milk from a parlour on one of his customers’ farms, was the norm for John Evitt, a delivery man for Lord Rayleigh’s Farms and later David Brown Tractors.

His company car in that period working for these Chelmsford-based firms from the late 1970s – and his first as a company car driver for more than 30 years – was a Triumph Herald.

The petrol manual car, carrying agricultural spares and parts, Evitt remembers, had an exceptional turning circle: “I was lucky to be given it. It was very modern for its time.”

Before the days of service stations, breaks in his day visiting farms were unsophisticated.

“It was normal to sit by the side of the road or in a layby to eat. If I was lucky I would be given fresh milk from a milking parlour at one of my dairy customer’s farms.”

A high point of the job was going to Chelmsford Cattle Market with notebook in hand taking orders from customers certain to be at the weekly event.

Contacts he made at Castrol on the road, led to a job offer and a career at the oil firm lasting 32 years, selling to garages and agricultural contractors in East Anglia, always in a Ford, from Cortina to Granada (“it felt as if I was driving a Rolls-Royce”).

Evitt took early retirement in 1991 aged 56, but then accepted a job for Engineering & Factory Supplies in Wisbech. He drove a van on business, but was given a company car. His last one before fully retiring in 2001 was a Ford Sierra.

Allan Turner is a car enthusiast who had to suffer the pain of seeing his pride and joy, a Jaguar XK, destroyed in a tragic event in Peterborough in 1989.

He had been on the road since the early 1970s as a field administrator for appliance maker Hotpoint. His first car was an orange Morris Marina. “It wasn’t too bad, despite how it may look now,” he said.

“We’ll look back in 10 years to the cars we drive now and wonder how we coped.”

He left Hotpoint to join City Electrical Factors (CEF) in Peterborough in August 1976 where his career started to take off. Within a year of starting as a sales rep he was promoted to branch manager.

“We worked like crazy, all the hours we could to develop the business and as it got bigger and better, then so did my car,” Turner said.

As a branch manager, his area of responsibility took in Solihull, Stratford-upon-Avon, Redditch and Rugby.

His first car at CEF was a 1973 Ford Escort ‘inherited’ from a colleague, and an “absolute dog”. It hadn’t been cleaned in the intervening years and was a “rust bucket”.

He later took over the branch manager’s car, a Ford Cortina 2000E, an improvement even though its silver paint began to flake off.

Then it was on to a Ford Granada, a Rover SD1 (Turner had seen TV presenter Cliff Michelmore drive one and been tempted), before he got a gold Jaguar XK Sovereign.

“It had been my dream car. You’ve got to have a Jag. It’s the ultimate car.”

On March 22, 1989, a van carrying detonators to a nearby firework factory pulled off the road to ask for directions at a business opposite Turner’s branch.

The van caught fire and after the fire brigade arrived and got everyone out of the CEF offices, Turner was standing outside when someone shouted at him “it’s going to explode”. Moments later 800kg of high explosive detonated. 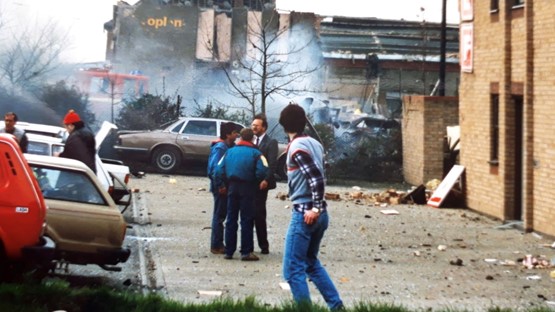 The explosion blew Turner across CEF’s forecourt. A fireman was killed by shrapnel and more than 100 people were injured. The Jaguar was parked partly behind a brick wall. The wall didn’t come down, but the shockwave severely damaged it.

Several months after the explosion a man rang to ask Turner if the Jaguar had kept “pulling to the left, onto the pavement” when he’d owned it.

Before the explosion it was fine, said Turner. “But I had to explain it had been less than 100 metres away from nearly a ton of TNT going off, leaving every panel on the car bent and the leather interior shredded. He had more to worry about than the steering.”

Turner was able to replace the gold Jag, this time with a maroon one. But it was problematic, having three prop shafts, the cylinder heads were decoked and four aerials replaced as they would stick halfway down. His head was then turned by the company owner’s Lexus LS400.

“It was like a magic carpet ride compared to other cars of its time. The owner said I should have one and I kept my first Lexus for about four years, before getting another.

“It was faultless. Lexus remained his brand choice until 2002 with his last company car an LS430. “It was silent and had acres of power, but expensive to service as most cars of that quality were.” 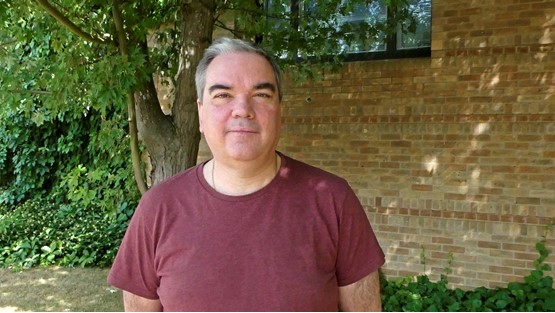 But in 1985 he became one of three field service engineers for a company in the IT sector. His territory stretched from Portsmouth to Birmingham and west to Cornwall and mid-Wales providing support for companies with mainframe computers.

He was 21 and his first company car was a year-old 1.6 manual petrol Vauxhall Astra estate, passed on from a previous engineer.

He was doing 50,000 miles a year with cars on a three-year operating cycle.

“My controller had a strange understanding of geography. The office would page us and I would find a phone box.

"One time I was in Swindon and he called me to say ‘I’ve promised you’ll be at another customer’s today. They’re in Edinburgh’. I wasn’t home for three days as after going there I was sent to Newcastle and Liverpool.”

Often he would be sent to businesses that wouldn’t normally let their location be known, since they were used for secure computer storage.

They typically wouldn’t have signs on the outside and providing support to the MoD meant being escorted through two-feet thick doors to rooms containing the location maps of the UK’s nuclear submarines.

Doing that many miles, Peacock saw or was involved in “two to three accidents a year”.

There was little consideration given to driver wellbeing, covering that much mileage. “It was the job. If you couldn’t hack it, you quit.”

He was happy until “my car got written off with me in it” three years later. He was in a Camry, overtaking a tractor on the A34 near Newbury when it turned right when he was 20-30 yards away. The impact was at 60mph.

“The car was wedged under a trailer of cows, the rear axle was broken in three places, the steering column hit my knee as the engine was pushed into the passenger compartment. It took me years to be able to drive again.”

40 years on driver, supplier and manufacturer relationships are still key to success

The vehicles have changed over the past 40 years but fleet managers agree that relationships - with drivers, suppliers and manufacturers - remain essential to successful fleet management. Sarah Tooze reports

Reflections on the past 40 years: ‘Back in 1978, the only diesel cars were taxis’

We asked key fleet figures from the past 40 years to identify some significant innovations and the impact they have had on the industry. Simon Harris reports