Reflections on the past 40 years: ‘Back in 1978, the only diesel cars were taxis’ 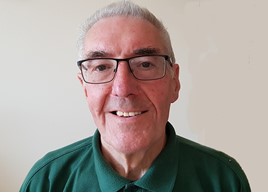 I was already active in the UK fleet industry when the idea of Fleet News was first proposed.

It seemed that it would be a good idea to have a specialist publication to deal with an industry that, even then, was evolving rapidly to the changes in the country’s political and economic scene.

Back in 1978, the fleet market was just emerging from more than five years of tough economic times.

We’d recently come through the first major energy crisis, the meltdown of the economy and rescue by the International Monetary Fund, tight restrictions on credit, sky-high interest rates, the Lib-Lab pact.

Employers and employees alike were still coming to grips with the ‘standardised’ system of company car taxation, rather than the individually-calculated tax returns. Oh – and we’d recently joined the European Common Market.

Plus ça change – plus c’est la même chose as the French might say. Up until 1977-78, the company car market was quite rigid in two tiers: mobile employees had fairly basic cars (Ford Escort and Cortina; Chrysler Avenger; BLMC Allegro and Marina – all exclusively British-made) while directors had Jaguar, Rover, Triumph or Ford Granada.

There were some Mercedes-Benz and the occasional Volvo – but BMW, Audi, Saab were very rare, and nobody had a Japanese model.

Fleet managers were usually male, and very often with a workshop background. Policy decisions were made by the board and run within finance. These were hard business-based issues and personnel had little involvement, but that was all changing.

During the national pay freeze, when inflation was more than 10% per annum, there was a huge expansion of company car entitlement.

This was easy to introduce, as there was an active – and very willing – fleet infrastructure able to deliver the goods. But since personnel/HR was now involved, and for a whole new range of employees, the shape of the demand changed, as well as the size.

Manufacturers started to offer better warranties. Finance leasing emerged as a mainstream facility, now offered by banks and finance houses. Interest rates were still high, so most of the increased market was funded on easy terms.

Fleet News reported these changes and by making the new systems public knowledge, helped all these market expansion opportunities. And so it continues.

Within the Fleet Audits Consultancy, I’ve watched as changing attitudes to outsourcing, coupled with innovation on the supply-side has seen huge changes in the operation of the market.

The key fundamentals of fleet management remain. Cars need to be sourced, funded, maintained, insured, fuelled and taxed – and eventually sold on.

Somebody, somewhere, needs to do these. Back in the late 1970s, employers did most of these tasks, except where contract hire covered the supply/funding/tax/disposal.

Major changes to company car taxation and attitudes to road safety and environmental considerations have brewed a powerful evolutionary cycle that now delivers the majority of new company vehicles under leasing arrangements, which often include fuel and accident management.

We’ve been through several stages of fleet manager – but even that is now a declining concept: total mobility management now – and rightly for the current conditions – looks at optimising every aspect of employee movement with the right vehicle for each business journey that is deemed necessary.

All aspects of vehicle technology have advanced to the point where self-driving cars are a reality, even if not yet at a stage of public launch.

The active, pinging map of the Goldfinger Aston Martin and the speech recognition of the Enterprise flight deck computer are now commonplace in even modestly-priced cars.

Back in 1978, the only diesel cars were taxis, a few Austin Cambridges and some Land Rovers. Since then, various fuels have come and gone, each with its own pros and cons.

Many have been influenced by taxation – some of which has been muddle-headed and short-term.

We’re now firmly in the electric vehicle era, but patchy recharging infrastructure and a stupidly-complex access/payment system is not yet particularly attractive to many fleet operators.

Evolution won’t stop. Fleets don’t inhabit a vacuum – they need to serve the core businesses and the context of the overall economy.

And I guess that Fleet News will keep on reporting opportunities and results for another 40 years.