Stephen Briers predicts the future of fleet in 2038 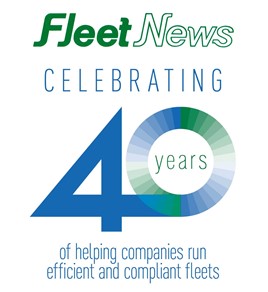 Many of the predictions made 20 years ago in Fleet News were on the ball. Can editor Stephen Briers show similar prescience about where fleet will be in 2038?

Twenty years ago, when Fleet News was half its current age, we confidently predicted technology would “change the face of driving for fleets”.

How right we were, although not always in quite the way we anticipated. The piece, by former Fleet News reporter Natasha Rosset, was written at a time when the internet and vehicle technology were at embryonic stages, but great things were forecast.

Consequently, the article refers to the onset of “telematics, in-car technology and zero-emission engines”. Most prescient.

Less so was the suggestion that people would pick up PCPs at their local supermarket while they waited for their shopping to be delivered to their electric trolleys. (With all the advances in technology, why do we still have manual trolleys with a life of their own?)

Or that drivers would be greeted at the fuel station by robotic arms which recognised via a chip in the vehicle the fuel type and who was paying the bill, then automatically filled up for you.

Rosset accurately prophesied that cars would be able to drive themselves in certain situations, that “moving maps” (i.e. sat-nav) would become a reality, and that aviation technology, such as head-up displays, would filter into vehicles.

In 1998, there were only radio controls on the steering wheel, while now a multitude of functions can be selected.

Finally, credit is due for predicting the growth of zero emissions technology and for stating that if uptake was not quick enough, drivers would be charged to drive into city centres.

So, picking up the baton, what might we see 20 years from now? We believe that, while the past two decades saw technology begin to permeate the business of fleet management, the next 20 years will see it revolutionise fleet both conceptually and operationally.

It will also mean changes for Fleet News, with less emphasis on the management of car, vans and drivers, and more of the business of moving goods, equipment and people about. This, clearly, is not necessarily through conventional means.

In fact, it may not require any movement, as video conferencing, Skype and homeworking become more readily accepted by business.

That date is two years before the Government timeline for banning the sale of internal combustion engine vehicles (and six years after the Scottish Government’s deadline), although we now know that diesel and petrol cars that have some form of hybridisation will still be allowed.

The majority of vehicles registered will, therefore, be electric – full and plug-in – with growing demand for hydrogen fuel cell as the price comes down.

Note we say registered: the number of cars ‘sold’ will be dramatically reduced as more people opt for shared services, such as pay-on-demand car clubs, subscription services that give access to a range of transport options – from car to bus to bike – and dial-a-ride.

To smooth out peak times, working hours will change from the traditional 9-to-5; flexible working (as well as homeworking) will also be a tool used by companies to encourage more mothers back into employment as demand rises for skilled employees.

Population growth in urban areas will drive change, where alternatives are preferable as the car becomes taxed and priced beyond many people’s reach.

Equally, the ‘subscription generation’ will now be the ones making the decisions and they will only want to pay for cars when they actually use them. No more car parks crammed with vehicles for the best part of the day.

Real-world electric vehicle (EV) ranges will have extended to 400 miles or more, giving the majority of people all the mileage capacity they need for single journeys. Plus, charge times will be less than five minutes.

That’ll be just as well, as non-EVs will not be allowed in most urban areas. In fact, all vehicles over a certain size will be charged for entering the city during peak times to eliminate congestion.

Night-time deliveries, aided by silent-running EVs, will become the norm, removing many trucks from city streets during the day.

To counter the inevitable drop in BIK revenue – due to fewer company cars and the elimination of CO2 emissions – the Government will have introduced road charging with fees based on miles travelled, time of day and type of road.

Unscheduled breakdowns will be a thing of the past, as connectivity means vehicles are in constant touch with leasing and fleet management companies or repairers to give early alerts about imminent faults. Cars will book themselves in for service.

They will also talk to each other and to the road infrastructure, smoothing traffic flow and making congestion a distant memory. Consequently, average speeds will rise significantly as will productivity.

We will also be living in the age of autonomy.

Level five autonomous vehicles will be widely available, although it is unlikely that the Government legislative framework will allow full usage on the road network, limiting ‘driverless’ functionality to motorways and still with an insistence that the driver remains alert and ultimately in control.

Nevertheless, there will be far fewer crashes and insurance premiums will fall as a result.

But I don’t think we’ll ever get those robotic fuel station arms.

As for me, I’ll be retired – so it’ll be down to a future member of the Fleet News team to verify or mock my predictions!

We asked key fleet figures from the past 40 years to identify some significant innovations and the impact they have had on the industry. Simon Harris reports

The best company cars of the past 40 years

To mark the occasion of Fleet New's 40th birthday, Matt dePrez runs down some of the "hit and miss" company cars of the past 40 years.

See anyone you recognise? We have managed to snag some pictures of industry figures from way back when, here's to 40 more years in fleet!