We’ve been in touch with previous editors of Fleet News, to ask them to recall some memories from their time in the hot seat and how they made an impact. Simon Harris reports 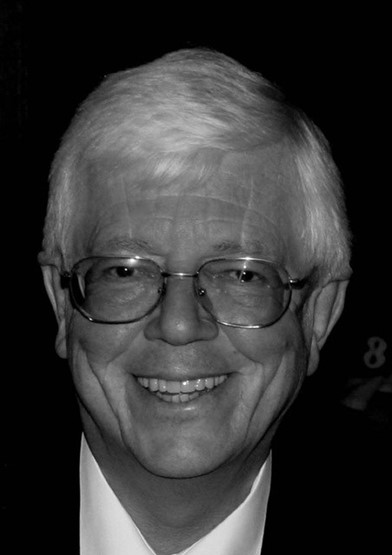 I stayed with the business for about 10 years, working out of offices in Park Road, Peterborough, and the Orton Centre.

During that time I covered a multitude of motor shows including our own Fleet Show.

One memory of Fleet News is that we were allowed to smoke (I had an occasional Hamlet cigar and my publishing director Peter Peskett used to chain-smoke cigarettes).

I don’t think I made a huge impact and can’t remember any challenges, but I stayed with publishing until I retired at 65. 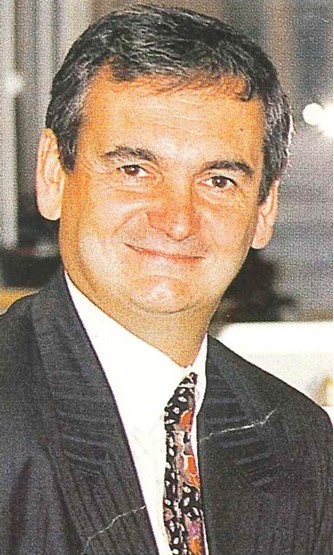 I was editor/editor-in-chief of Fleet News in the late ’80s.

We were strong on our campaigns and so we were ahead of the curve in calling for lead-free petrol, which we won awards for.

Many fleets were up in arms by our stance as they claimed it would wreck the engine valves – some citing the example of what lead-free fuel did to Spitfire valves during WWII!

We launched Britain’s Safest Fleet campaign before safety was even a twinkle in the eye of car manufacturers’ marketing departments.

We were told fleets only cared about how fast a car will go round a corner rather than if the occupants would still be in one piece after the manoeuvre. Happy days.

My fondest memories have to be some of the great car launches and the sheer fun of driving some great (and some awful) vehicles along with fleet managers, some of who didn’t know the front from the back of a car.

They were good on running costs, which was by far the most important skillset!

Launching the Fleet News Awards also comes to mind, which, after some 30 years, are still going strong. My only mistake was not agreeing a share of the profits over those decades! 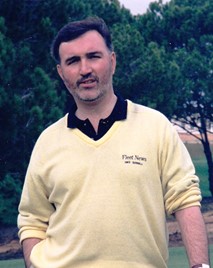 I remember the date I started on Fleet News as deputy editor, rather than editor, as it was 08/08/88  – all the eights!

Not quite the sign of the devil – but not a million miles away and an auspicious date to begin a working relationship that was to last another eight years!

When I joined, Fleet News had just moved from being a monthly magazine to becoming a weekly newspaper. My task when I became editor was to ensure it was filled with meaningful copy about the world of fleet.

From the outset, I wanted to bring a little controversy to the publication and to make it more noticed, while always batting on the side of the fleet manager. That meant frequently challenging the established order, notably the vehicle manufacturers.

I remember a front-page story about a leading fleet manufacturer raising its prices. And I knew it had hit the spot when the fleet director and fleet marketing manager made a special journey to Peterborough to complain about their treatment.

As we were reliant on advertising sales for revenue, one of the biggest challenges was to tread a fine line between reporting what was happening in the market and not annoying our advertisers sufficiently that they would cancel their advertising. It did happen occasionally, but they always came back – well mostly! 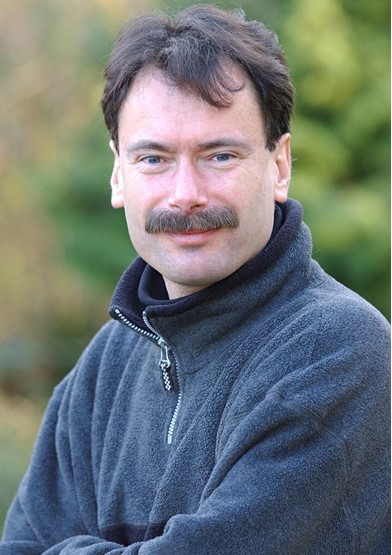 I joined as deputy editor in May 1991, and was appointed editor in November 1994, a position held until leaving in October 2001.

Two memorable stories come to mind for different reasons. Soon after joining I interviewed a professor leading a team developing a hydrogen car. It was going to be the future of fleet – almost 30 years later we are still waiting!

The Rover 600 was to be the company’s big fleet car and we obtained a ‘world exclusive’, publishing the first photos and details. Rover’s fleet chief was delighted, but its PR director less so as we had beaten consumer magazines to the story.

After the office banter and manufacturers’ new launch trips, the fondest memory remains the people in the industry.

Some have passed on to the great fleet industry in the sky, but others remain as friends and contacts.

Perhaps the most significant change during my editorship was the emergence of the worldwide web and Fleet News editorial content appearing on the internet. It was the start of things to come.

Incorporating late-breaking news stories was always a challenge, particularly ‘holding the front page’ to ensure coverage of the Government’s Budget was always included in that week’s issue. 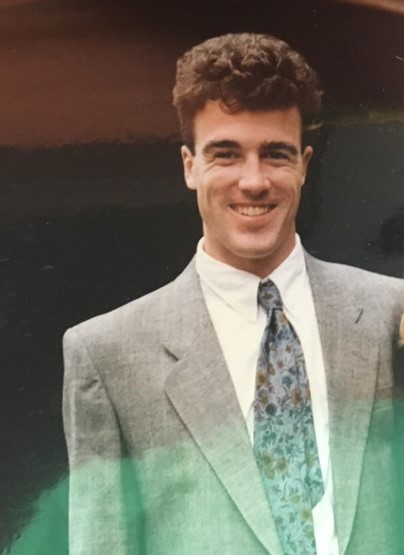 More than 17 years on since I started as editor, my memories have merged into a blur of adrenaline and paranoia, the thrill of a breaking story and the fear of missing it.

Weekends were spent wired to political programmes and scouring newspapers for any lead that might upset the front page for Monday’s deadline.

Fleet News was weekly at the time and I led the redesign from broadsheet to tabloid. The transition coincided with an attempt to amplify the voices of fleet managers, who seemed endangered by ‘outsourcing’.

Without doubt the biggest story we covered was the change in company car tax rules from a system based on business mileage discounts to one founded on CO2 emissions. It was clear diesel held all the answers – who knew?

My favourite story involved a company called Fagomatic, which claimed in a VAT case that its Lamborghini Diablo was effectively a van that had no private use.

The firm insisted it needed a supercar (it had upgraded from an Aston Martin) to park in VIP spaces outside London nightclubs, in order to refill their cigarette machines.

The biggest challenge in editing Fleet News was identifying the genuinely new in a world that had changed little since the 1970s, beyond the introduction of variable-speed windscreen wipers and airbags. 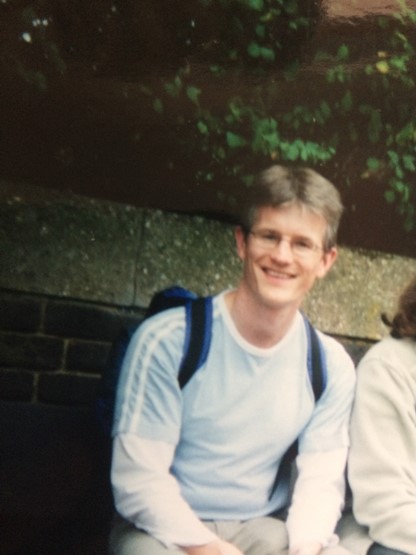 I edited Fleet News from 2002-2005. The best stories I covered were related to the launch of CO2-based company car tax and its impact on the fleet sector.

Our close links to industry and the Government put us at the heart of the story. We were so close, and trusted, I even remember writing ministers’ introductions for some of our reports to speed up the production process.

Other major stories included the impact of the internet on fleet management, the official focus on work-related road safety and the LPG blip.

My fondest memories are of the people throughout the industry. I met so many inspiring people and have seen them shape the industry over the years.

Our campaigns focused heavily on fleet safety, work-related road risk and how professional fleet management can make a difference. If fleet managers save lives, they save money.

The key focus was being an impartial guide for fleets. I recall a manufacturer pulling all its advertising because of a story we ran, but, as a journalist, my job is to be independent and serve our readers. 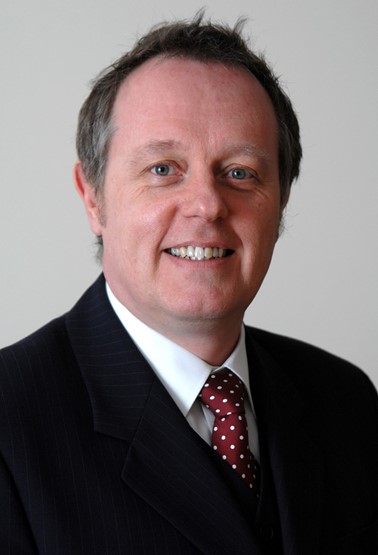 When I became editor in 2005 Fleet News came out every week and had a team of reporters. It was about serious stuff.

I intended to stay for about a year, make some new contacts and then move on, so it shows how much I enjoyed myself that I stayed for four years and loved (almost) every day.

Most of the stuff I wrote involved the emerging science of telematics and doom-mongering over corporate manslaughter legislation. To be honest, I avoided writing, preferring to pioneer concepts like industry podcasts that nobody listened to!

I was pleased to report on the appointment of Julie Jenner as chair of fleet operators’ association ACFO. To me she was a breath of fresh air in a rather stuffy organisation.

A big challenge for a weekly, tabloid-sized print product was the role of the internet in the news distribution game.

It was hard for print journalists to view their own website as anything other than a threat and a content-hungry monster that was going to massively increase their workload. Their fears were well-founded.

See anyone you recognise? We have managed to snag some pictures of industry figures from way back when, here's to 40 more years in fleet!

Working life on the road for company car drivers in 1970 and 1980, birthday special

Four company car drivers from the earliest days of Fleet News (1970-1980) talk about the highs and lows of working life on the road. Jeremy Bennett reports