The best company cars of the past 40 years

To mark our 40th birthday, Matt dePrez runs down some of the "hit and miss" company cars of the past 40 years.

If you are eager for more Fleet News nostalgia, why not download the digital edition of our first issue? 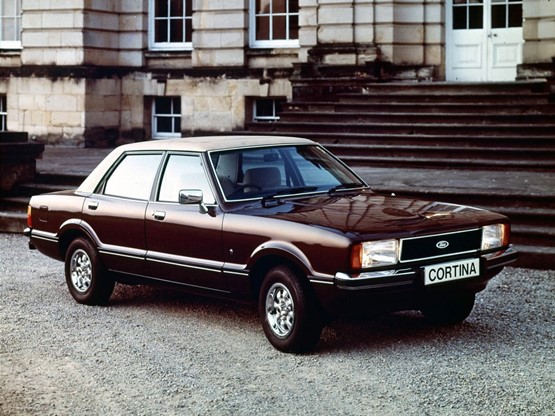 The Ford Cortina was already in its fourth generation by 1978. Topping the fleet sales chart was the 1600GL model, which had a list price of £3,423 (£18,669 in 2018). Drivers enjoyed luxuries such as a radio, halogen headlights and intermittent wipers.

Chrome exterior trim and a wooden dash panel incorporating a Quartz clock also made sure the GL stood out against lower-spec models. 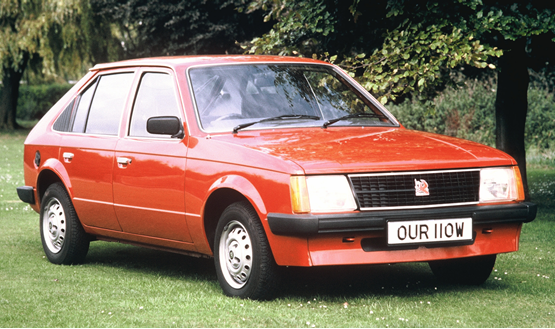 With a name badge that is likely to still appear on most fleet choice lists today, the Astra was born in 1979. It was Vauxhall’s first front-wheel drive model, replacing the Viva.

A choice of petrol engines ranging from 1.2-to-1.8 litres combined with its practical hatchback or estate body style meant the car quickly became one of Britain’s best-selling models. 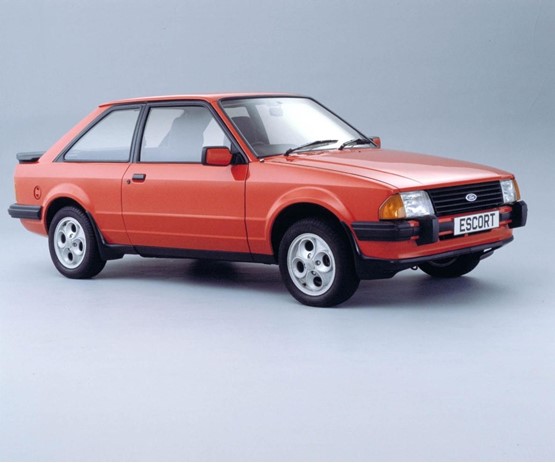 A total overhaul of the Escort in 1980 saw a new front-wheel drive platform launched.

Its contemporary design remained largely unchanged until the ’90s, by which point it had established a place at the top of the sales. 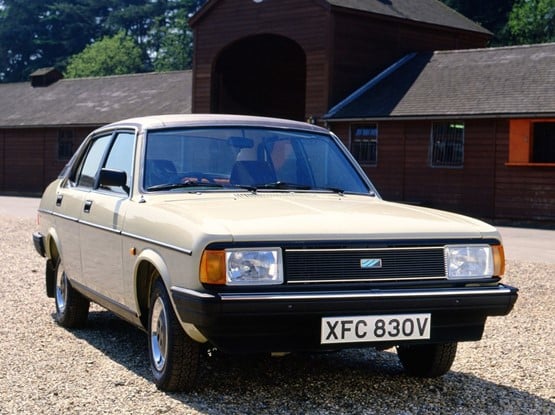 The ‘all-new’ Morris Ital was actually nothing more than a mildly facelifted Marina. It failed to match the Marina’s sales record, as build quality issues and more interesting rivals saw fleet buyers look elsewhere. Within four years the Morris badge had disappeared. 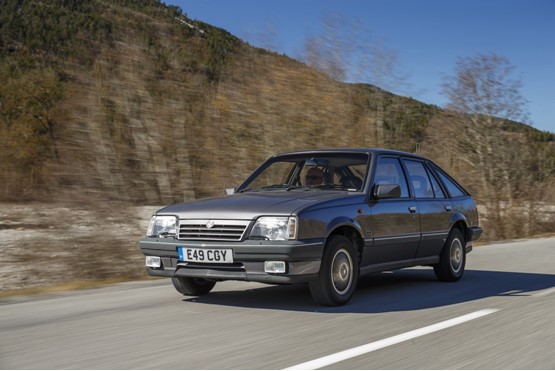 With class-leading fuel economy and performance, the Mk2 Cavalier was built to unsettle the Ford Cortina as the most popular company car.

With a 1.8-litre engine powering the range topper, the Cavalier enjoyed tax breaks its rivals could not offer at the time. 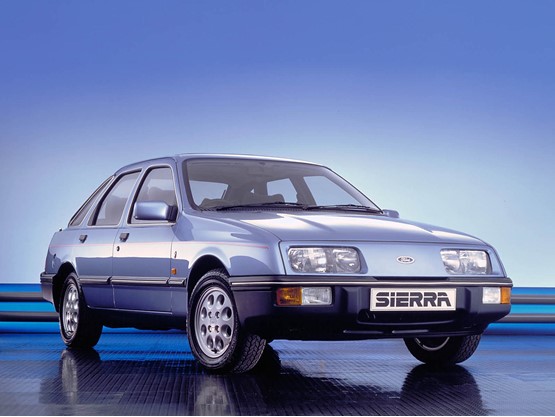 In response to the Cavalier, Ford launched its all-new Sierra in 1982. It was a total re-invention of the Cortina, offering four-wheel drive and a hatchback. High-spec models featured an electronic trip computer.

Its futuristic ‘jelly mould’ body was one of the most aerodynamic available. Not all drivers were convinced though; a facelift saw a more conventional design, which helped the car overtake the Cavalier by 1987. 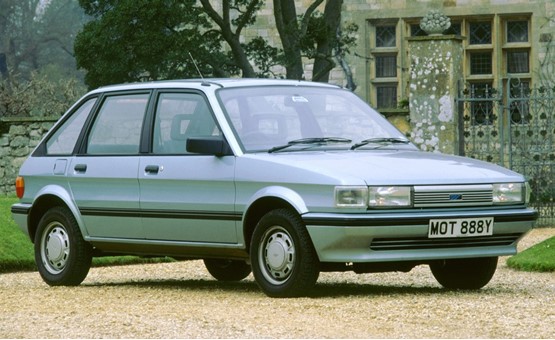 Austin fitted the new Maestro with a voice synthesis warning system that could alert the driver to issues such as low fuel or an overheating engine but the technology never caught on.

Renault revived the concept on the 2001 Laguna but, again, it was short-lived. 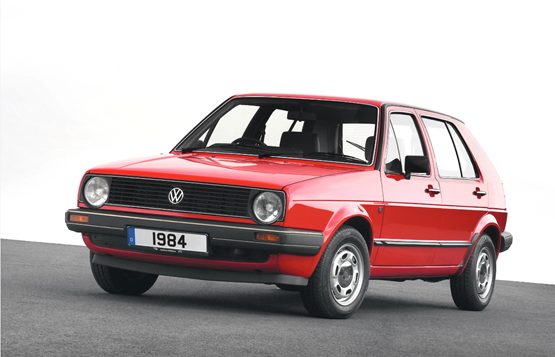 Another car that is still topping the sales charts today is the Golf. Following the success of the original, the Mk2 was the car that bought VW into the mainstream.

Reliability, build quality and practicality were of the highest order. The line-up offered something for everyone, including a diesel. 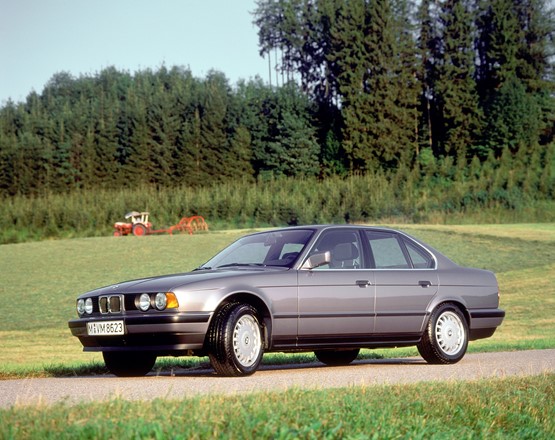 Tempting execs out of their Rovers and Jaguars, the BMW 5 Series has become recognised as a benchmark for its sector.

It began with the third-generation E34 model, which offered excellent driving dynamics and a range of powerful and smooth six-cylinder engines. 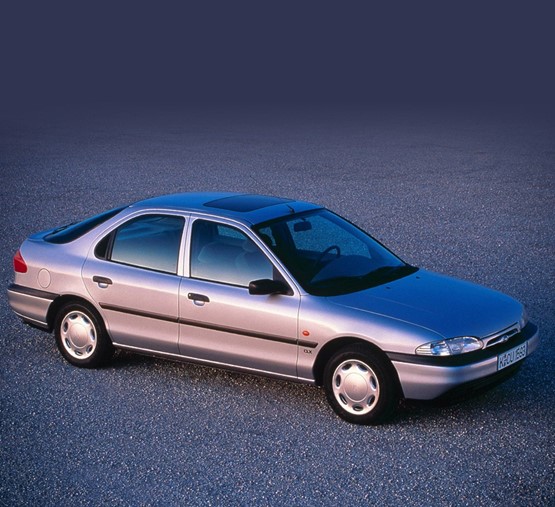 Another revolution from Ford came in 1992 when it ended Sierra production and launched the Mondeo with front-wheel-drive.

Available as a saloon, hatchback or estate, the spacious family car introduced efficient 16-valve engines across its line-up.

Safety was a priority and a driver’s airbag was fitted as standard, together with ABS on higher-spec models. 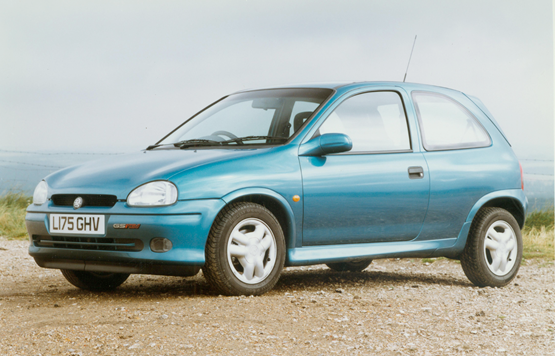 Following on from the Nova, Vauxhall had to up its game as the small-car sector began to demand higher-quality models.

The newcomer unsettled the Ford Fiesta and has continued to fly high in the sales rankings ever since. It also spawned a second success story, the Combo compact van. 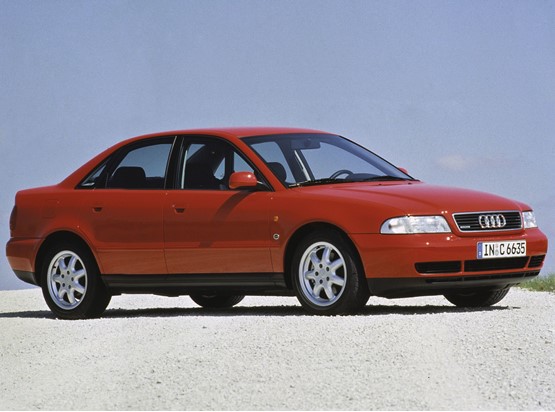 Unlike its German rivals, the BMW 3 Series and Mercedes C-Class, the A4 was less boxy and more modern in the mid-90s. It became a credible alternative, featuring Volkswagen’s frugal 1.9-litre diesel engine and reputation for rock solid build quality.

Quattro all-wheel drive was available to enhance the package and the A4 has continued to be a successful fleet choice right up to the present day.

The European New Car Assessment Programme has been critical in driving forward safety standards in the automotive industry.

Car manufacturers have been striving to achieve the organisation’s coveted five-star rating ever since. 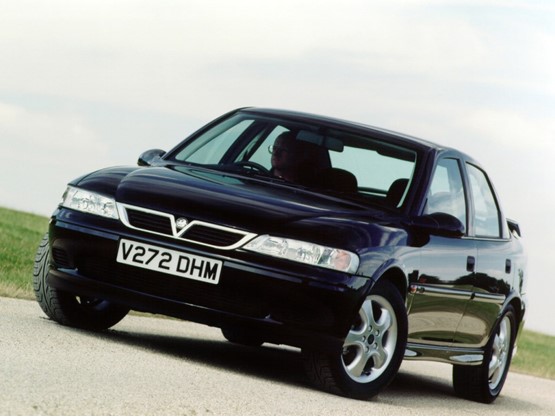 No list of fleet vehicles would be complete without the Vauxhall Vectra. Launched to battle Ford’s Mondeo, the British-built Vectra offered a super-frugal 1.7-litre diesel engine alongside a range of 16v petrols. Its running costs and practicality made it a fleet success. 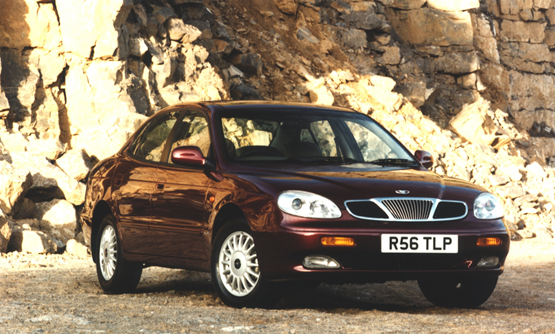 Daewoo set out to produce its own cars in the late ’90s and the Leganza was one of the first.

It was unrefined, uncomfortable and, despite being penned by Giorgetto Giugiaro, pretty ugly. Within a few years, the brand stopped selling cars in the UK altogether. 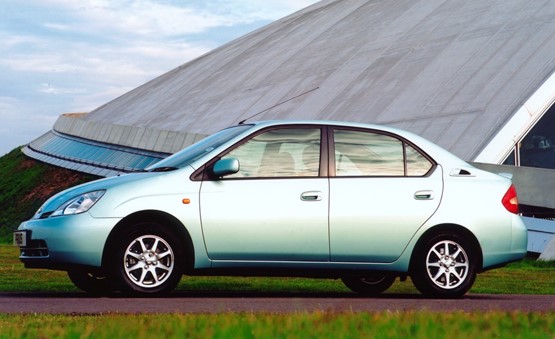 Just as diesel cars really started to gain traction in the UK, Toyota bought the Prius to market. The petrol-hybrid promised lower emissions and better fuel economy and came packaged in a shell that favoured aerodynamics over style.

While the first models didn’t really catch on, the Prius was the grandfather of the technology that is being adopted by almost all the world’s car manufacturers today. 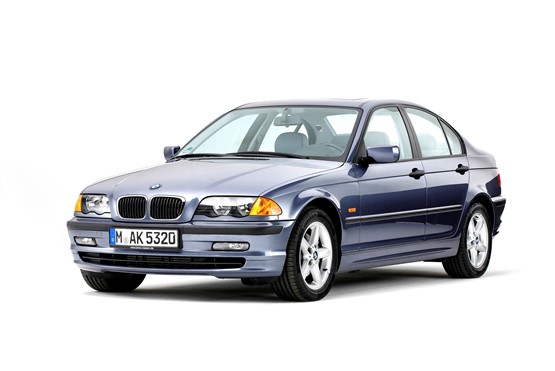 As the country enjoyed a period of prosperity, BMW launched a car that caused a seismic shift in the fleet market. The affordable new 3 Series pushed mainstream manufacturers down the sales charts as company car drivers flocked to the ‘ultimate driving machine’.

The frugal 320d was born, with a boot badge that has become the ‘go-to’ model for drivers. 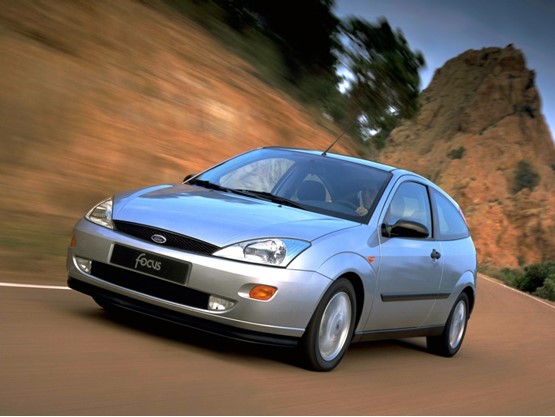 Ford’s aging Escort had been a success but was becoming dated. The Focus was revolutionary in its design. It offered performance, safety and practicality in levels never seen before in the sector.

Keen handling helped the model secure its place as a class-leader for many years. 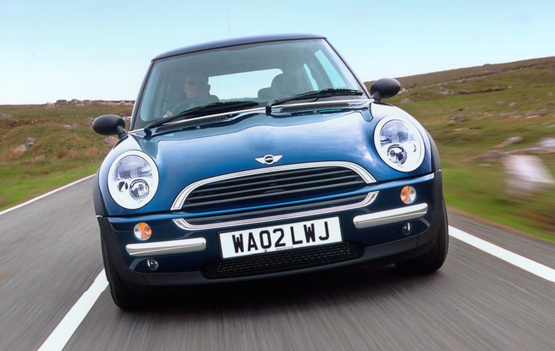 BMW helped to re-write the small-car segment with the Mini. It was the first time a small car had offered a premium package and, despite higher prices than mainstream rivals, the Oxford-built hatch was a resounding success. Customisation was a key part of the car’s appeal and more than three million have been made since launch.

Anti-lock brakes might be something we all take for granted now, along with air conditioning and electric windows. But, ABS was an option on many fleet cars until it was mandated by the EU in 2004.

British Leyland was a major player in the fleet market in 1978, but by 2005 its evolution to MG Rover saw the final collapse of the brand.

An influx of models from abroad throughout the ’80s and ’90s saw Rovers slip further down the sales charts. Despite throwing everything it had at the Rover 75 in 2000, the brand’s profitability never recovered. 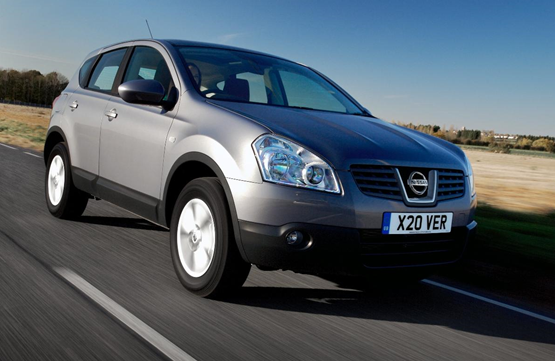 Perhaps the most defining vehicle of the decade, Nissan launched the Qashqai at a time when SUV sales had taken a beating from rising oil prices and environmental campaigns.

It offered SUV looks and practicality, but with the running costs of a hatchback. The crossover segment is now the largest and fastest-growing in the UK.

Having enjoyed buoyant sales in the ’90s, Saab’s desire to over-engineer its vehicles ultimately led to its demise.

Under the ownership of General Motors investment in Saab was limited and its restricted model line-up failed to win over BMW and Audi drivers, despite often offering superior levels of comfort and safety. 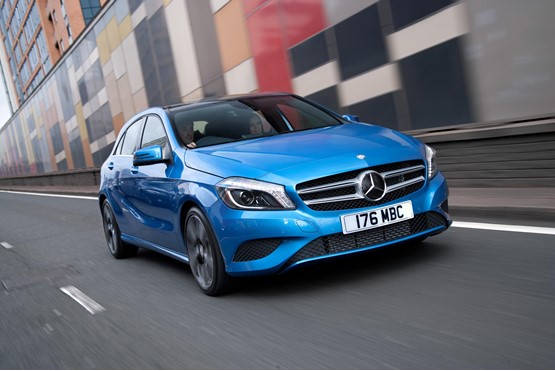 It took Mercedes three attempts to get the A-Class right but it was worth the wait. Its first two generations were favoured by retirees rather than company car drivers so Mercedes re-wrote the formula. 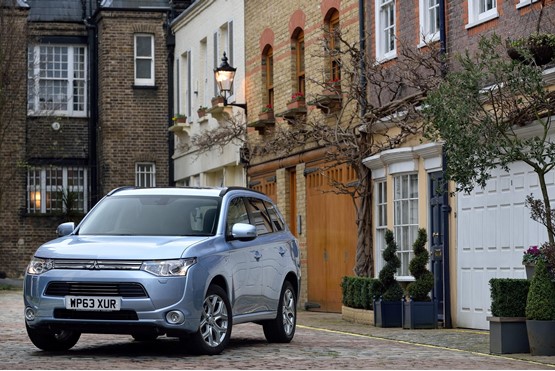 Successful but controversial, Mitsubishi dominated plug-in sales with the Outlander PHEV. It launched as SUV sales started to boom and diesel cars were being hit by increasing taxes.

Company car drivers, spurred on by significant tax savings due to its low official CO2 emissions, flocked to order, but few charged them, resulting in high emissions. 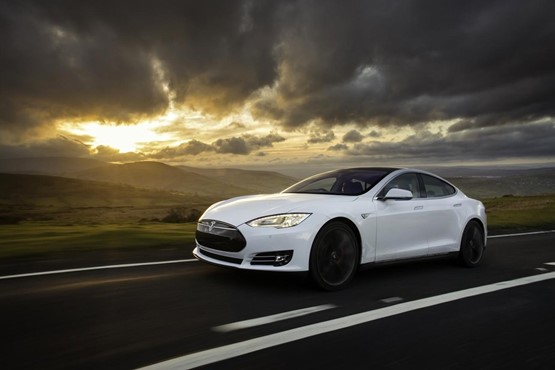 Confidence in electric cars received a boost in 2012 when Tesla launched the Model S, with a range of more than 300 miles. It took two years to come to the UK, where its high prices made it only suitable for senior managers and company directors.

In 2019, the Model 3 is expected to cost half as much with the same range, showing how fast the sector is evolving. 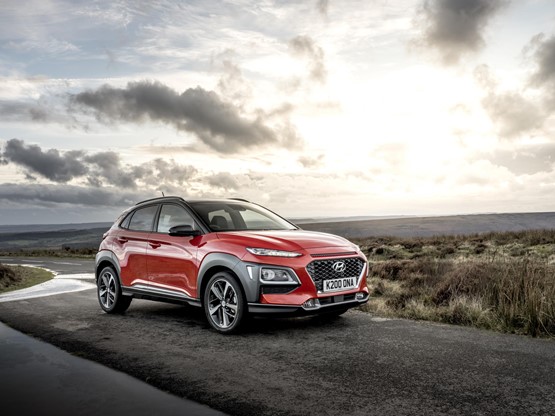 Nothing better defines the development of the fleet sector over the past 40 years than the Kona Electric. It is a compact SUV that costs less than a Ford Mondeo, has zero emissions and features the latest semi-autonomous driving aids.

At its core, it still offers the same key package that makes a great fleet car – comfort, efficiency and style. 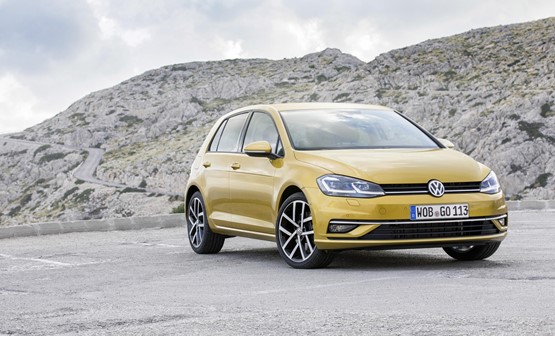 While the Kona defines the future of the fleet sector, the Golf is very much the current champion with the 1.6 TDI SE Nav topping the fleet sales chart this year. Diesel models can achieve up to 80mpg, while petrol models support the market’s switch back to petrol with lower running costs.

An all-electric e-Golf offers zero-emissions, while the ultra-desirable GTI is both more efficient and faster than ever.

The best company cars of the past 40 years Gallery