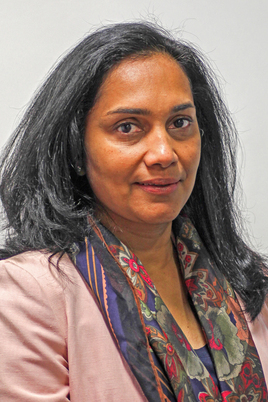 Arval likes to know its place: within minutes of meeting new UK managing director Lakshmi Moorthy (pictured) and commercial director Paul Hyne at its Swindon head office, chat turns to the then imminent release of the FN50 listing of the UK’s biggest leasing companies.

Has Arval consolidated its place in third position, seized from LeasePlan last year, they were keen to know? The answer is yes – it’s one of six top 10 companies to grow funded fleet size year-on-year – although no secrets were revealed to the pair ahead of the official announcement which, at the time of the interview, was still six weeks away.

It was the same with Moorthy’s predecessor Miguel Cabaça and, before him, Benoit Dilly. Over their eight-year tenure, Arval UK accelerated from 85,000 funded vehicles to 179,000 through a combination of the GE acquisition and organic growth. It rose from number five to third.

That’s not to say Arval’s leadership team spends its time obsessing about figures; the interest in the FN50 is genuine, and the eagerness stems from wanting to compare its performance against its nearest rivals. This is about much more than simply looking at numbers. For Moorthy, growth is a positive indication that the business is achieving its strategic objectives, which are tightly bound in one central pillar: customer experience.

Analysis and insight into the UK's contract hire and leasing industry.

Arval UK won the award for the important work it carries out to improve the physical and mental wellbeing of its staff.