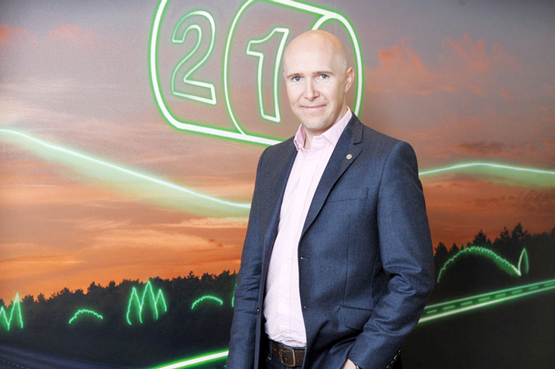 The boss of BP’s fuel cards division hopes lessons learned fuelling the aviation industry will help UK fleets manage their exposure to risk. The airline industry has gone through a number of peaks and troughs over the past few decades; the largest downturn being 2008, when the price of oil hit $147 a barrel (at the time the dollar-pound exchange rate was around 2:1).

“The problem with an airline is it sells tickets in advance,” says Andy Allen, UK cars manager at BP. “Much like most industries do, they have their income locked-in in advance of their outgoings. But carrying a six- to nine-month lag risk on when you get your income, and when you have your costs for operating that flight, can cause massive cash flow issues.”

Operating on notoriously tight margins of between 1-2%, the increase in the price of oil in 2008 inevitably took its toll. Around 20 airlines declared themselves bankrupt.

“When fuel is 30% of your cost and fuel goes up by 10% in nine months, suddenly your profit margin is gone,” says Allen. “You’re operating in negative cash flow and that’s what caused so many bankruptcies.”

Now, airlines will systematically hedge their fuel, effectively guaranteeing the amount they are going to pay, locking it in at the same time as they sell their tickets.

“It helped stabilise the industry,” says Allen. “But what’s really interesting with ground fuels is very few organisations do that. They’re effectively saying ‘we’re happy to have complete exposure on 30% of our cost’, which I think is crazy.”

The price of fuel is made up of several elements with the base oil price determined by the Platts price – a global wholesale price. On top of that there is a small bio premium for the transportation of the biofuel and then there is the ‘plus’ element negotiated between supplier and buyer, plus VAT and fuel duty.

Many large fleets may negotiate a Platts-plus price with their fuel card supplier, but Allen says: “I want to help people move away from negotiating that piece on top of Platts, which is what everybody does.”

Instead, he wants fleets of all sizes to focus on what Platts is doing and how they can manage that base price.

“With the recent fluctuations in oil price, we’re getting more and more companies saying they need to think about their exposure,” he says. “Hopefully, with my experience in the airline industry, I can add some value.”

This time last year, the Platts price for oil was at around 20p per litre (ppl); last month that had almost doubled to just under 40ppl.

For a fleet negotiating on a Platts-plus basis, which had secured a 0.5ppl saving on the ‘plus’ element during those 12 months, the 20ppl hike in the Platts price puts that ‘saving’ into perspective, according to Allen.

“Suddenly that 0.5p saving has been obliterated 40 times,” he says.

There are two major factors which impact the Platts price. “One is the oil price,” explains Allen. “We know that bottomed out last year at $28 a barrel and it’s now up to around $58 .

“A $30 barrel increase is huge, but you’ve now also got the foreign exchange impact. Going from $1.44 to the pound, which is where we were the week before Brexit, to $1.18 last week, has a huge impact.”

A 10-cent depreciation in the value of pound equates to about 2-2.5ppl. That means the fall in sterling against the dollar over the past seven months has put an additional 6ppl on the pump price.

Allen explains: “Both of these things are hugely volatile. They are impacted by things we have no control over whatsoever.

“You’ve got the Brexit effect, the Donald Trump effect and you’ve got OPEC which has said it is going to cut oil production. All of these things on a daily basis are causing the volatility.”

Many fleets have cut their fuel costs by focusing their efforts on reducing consumption through better journey planning and driver training.

“The problem is that none of those things actually help your underlying risk to the oil price. They are all about consumption reduction, not about eliminating price risk.”

BP has developed a series of fleet-focused products to help operators begin managing the price risk now evident in the market. Allen explains: “It’s not about beating the market; it’s about aligning your outgoings with your income.”

For larger fleet operators, it has a fixed price offer which is bespoke to each customer based on an agreed volume of fuel per month where the price is fixed from one month up to three years. It is aimed at those fleets which consume in excess of 1.5 million litres of fuel a year.

“What companies will typically do is hedge a proportion of their costs if they’re going to do a fixed price deal,” he says.

Another option is a capped price product which puts a ceiling on the price a customer will pay. “What you’re doing with a capped price is buying protection against the price increases,” explains Allen. “If the price goes up and hits that ceiling you pay no more than that, but if it goes down you get the benefit of the price reduction.”

The difference between a ‘cap’ and a ‘fixed price’ is the customer will pay a premium for the capped price. “You buy that protection up front,” says Allen.

A customer would effectively pay a 2-3ppl premium, whereas with a fixed price there’s no premium, but there is no benefit if the price falls below the fixed price.

BP has recognised that fuel price risk management should not be the domain of the UK’s largest fleets, launching its Fuel Price Guarantee offer for smaller operators in July, last year.

Allen explains: “Anybody, from one vehicle up, can take advantage of the Fuel Price Guarantee. It’s a pump price-related cap; you get the same benefit of protection if prices go up, but you get the full benefit if you lift at a lower price.”

Initial take up has been good, with fleets able to lock in a maximum price for a minimum 500 litres, for up to six months, for example.

“It’s also worth noting that because the ‘cap’ or ‘fixed price’ is done in sterling, you protect yourself against changes to foreign exchange rates. You’re effectively hedging your foreign exchange as well as your fuel price exposure.”

Background in aviation likely to serve Allen in good stead

Andy Allen has spent the majority of his career working for BP’s aviation fuel division – Air BP – selling jet fuel to airline companies, having joined the company on a trainee scheme in 1998.

After working in finance and credit control, he held a number of sales roles, initially looking after some of Europe’s smallest airlines before becoming responsible for fuelling some of the biggest global players.

He also managed the customer portfolio for Air BP at individual airports. He explains: “I was the person looking at the supply coming in and then setting the price for that airport.”

More recently, he took over the marketing strategy for Air BP; reviewing customer segmentation and assessing pricing capability from a global level. “We operated in about 80 countries and managing consistency of offer across so many geographies was quite a challenge,” he says.

Allen joined the fuel card division as UK cards manager last April and was immediately struck by the similarities between land and air operators.

“They are both very large consumers of fuel,” he says. “An airline typically spends 30% of its cost, the same as a typical fleet. They’ve got similar issues around environment and around managing their exposure to price. They will also be negotiating with a number of different parties for their fuel supply.