Continued focus on salary sacrifice to grow Tusker risk fleet to 26,000 by 2017 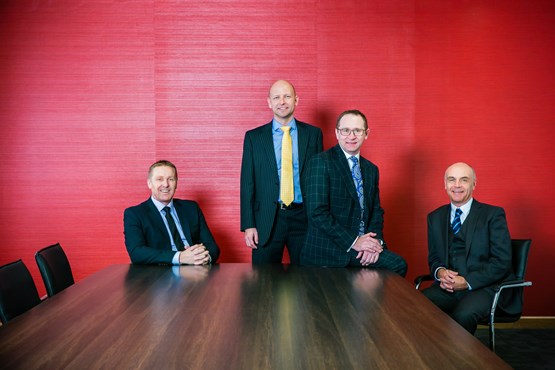 In a leasing landscape dominated by bank and manufacturer-owned contract hire companies, private equity-owned Tusker is plotting a course for success.

It has trebled its risk fleet in the past 10 years and over the past three years has reported year-on-year increases in excess of 20%.

It’s a rate of growth that has only been bettered in the FN50 by acquisition and has propelled Tusker from a top 40 leasing company to one well inside the top 20.

That’s despite what he describes as a “pretty flat” company car parc. “The growth that seems to be coming out of the top of the FN50 is predominantly from the SME and broker sectors – and that’s a race to the bottom," says Hosking.

“The one shining light in the fleet market at the moment in terms of growth is salary sacrifice and, as more companies realise its benefit, it will become the norm.

“When we started doing it, back in 2008, we had to educate the market as much as sell the concept; we’re not having to do that now.”

Currently, around a quarter (24%) of Tusker’s risk fleet is contract hire, with the remaining 11,000 units provided via salary sacrifice.

The company is the largest salary sacrifice provider, with research suggesting a market share of around 20%. And, as penetration rates increase with existing customers while new ones are brought on board, it’s not difficult to understand why Hosking is expecting the significant growth seen in the past few years to continue.

He explains: “If we go back two years, we launched salary sacrifice schemes to around about 60,000 eligible employees.

“Last year, we launched salary sacrifice schemes to 135,000 eligible employees and, in the first five months of this year, we’ve already hit 120,000. This is a growing marketplace and those numbers do nothing but confirm that.”

There is an equal split between the public and private sectors, while its eligible employees are closer to 65:35 in favour of the public sector.

However, half a million employees won’t all choose to take a car via salary sacrifice, and penetration levels will vary.

“If you look at local authorities, where you have quite a large number of employees pretty close to national minimum wage, you’ll not get the same penetration rates as you would in a well-paid public sector environment such as the ambulance service or police,” says Hosking.

“Success is a penetration rate in double figures after three years, and some of our longer-term schemes of up to four, five or six years are well into double figures at 15 or 16%.”

However, that requires an approach which is markedly different from sealing a traditional multi-vehicle, fleet leasing deal. As Iain Carmichael, chief commercial officer at Tusker, explains: “We bespoke our proposition to each and every customer.

“We will put a thorough pre-launch plan in place and  then follow that up in perpetuity, so every year we will have a scheme awareness programme and a marketing plan in place.

“Customers expect a retail experience, because for them it’s either a used car from the local dealer or PCP and driver satisfaction is also key, because it helps with the ongoing success of the scheme.”