Lex Autolease has hit it's five-year target of adding 100,000 vehicles to its fleet by the end of 2017 and is now switching focus towards ‘sustainable growth’.

This year’s FN50 will be revealing for a whole number of reasons, none more so than the status of the UK’s largest leasing company, Lex Autolease.

The merger of Lloyds Autolease and Lex in 2009 brought together the FN50 top two with a combined 370,000 vehicles. But it didn’t stay that way for long. 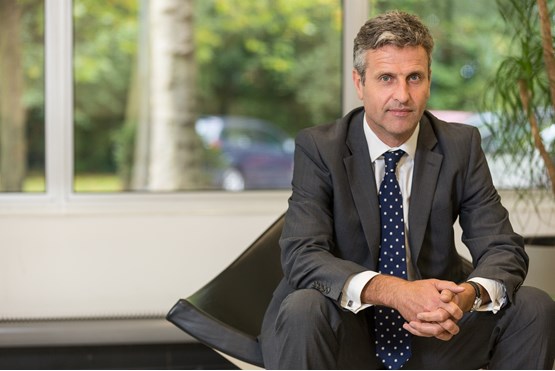 Contract losses and a decision to exit low margin business saw year-on-year reductions in fleet size until 2012, at which point Lex Autolease was funding 268,000 vehicles.

Since then, it has been on a relentless pursuit of growth. The strategy was given renewed urgency with the appointment of Tim Porter as managing director in mid-2013. 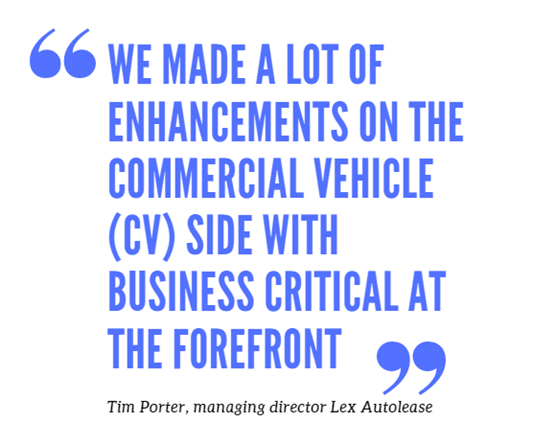 It was, by his own admission, an “ambitious plan”. Nevertheless, with months still to go, Lex Autolease has achieved its goal.

It now sits on just more than 380,000 vehicles, strengthening its position at the top of the FN50. 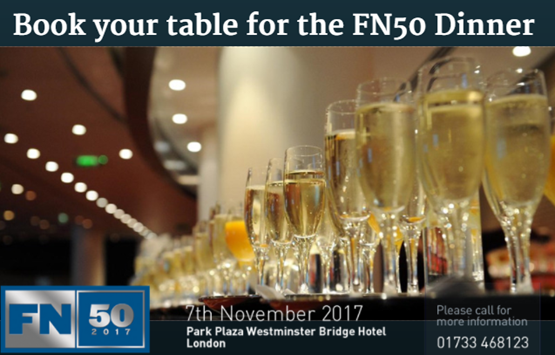 “We have won a lot of new customers and kept our existing ones.

"We made a lot of enhancements on the commercial vehicle (CV) side with business critical at the forefront,” Porter tells Fleet News in an interview at the company’s Birmingham head office. 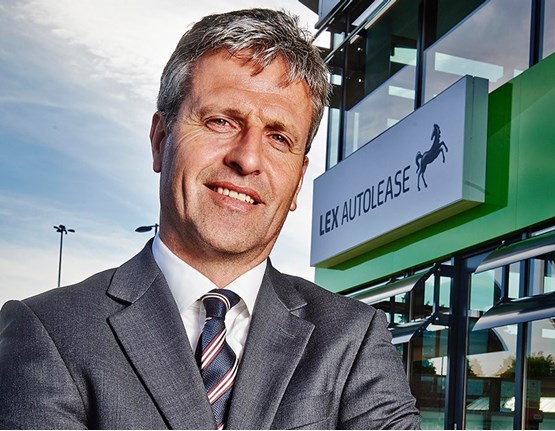 “We also had success with the largest corporates – the ones that want to fully outsource their fleets where our proposition works best – and the SME van market.

"SMEs have increased their interest in good value basic vans because there were fewer used vans in the market, which was good for us and the industry.”

The SME plan was fundamental to growth aspirations, with Porter recognising that adding owner-drivers to the target base would also take Lex Autolease into the personal market. 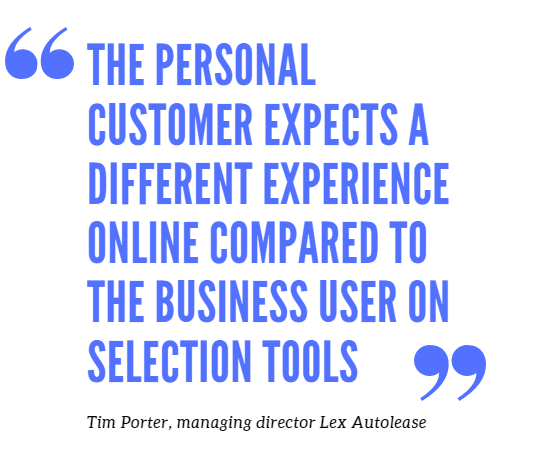 “What we didn’t know was how much,” he adds.

The answer was ‘quite a bit’, helped by investment in its web portal to create an interface for the personal market as well as business users.

Personal contract hire has accelerated over the past couple of years and Lex has been well-positioned to take advantage, as Porter explains.

“Driving SME is residual value (RV)-based funding methods, which means the monthly price is very attractive especially with the discounts offered upfront by the manufacturers,” he says.

Surprisingly, he is yet to take full advantage of Lex Autolease’s ownership by one of the UK’s largest banks with a heavy presence in retail and small business finance.

“There are opportunities, we know, and we will be investing in the relationship with Lloyds,” Porter says.

“To service this market, we need to provide a customer service they need. High on the list is digital.

"The personal customer expects a different experience online compared to the business user on selection tools.

"It can be very complex; we have to make it simpler and pain-free for them.” 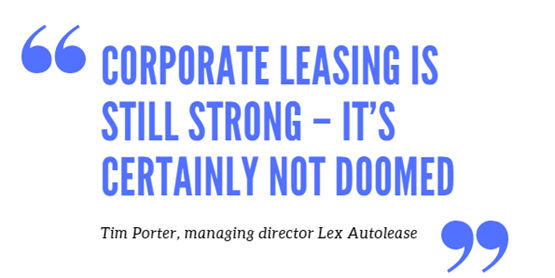 Lex Autolease made the headlines in 2014 when it signed terms to take on the running of Balfour Beatty’s car and van fleet of 6,000 vehicles.

It marked the start of its move into business critical fleets, those companies where vehicles are essential to their success.

It now has five business critical customers in the UK, each operating more than 5,000 vehicles, with “two or three conversations ongoing now”. Some are pan-European.

“These relationships can be fully outsourced or they can be transactional, i.e. finance lease. We have done business in both forms,” Porter says.

“We add most value on full management, but we recognise that not everyone wants to go down that route.”

Major leasing companies such as Lex Autolease were founded on corporate funding but Porter recognises that to thrive, both they and their customers have to move with the times.

“Corporate leasing is still strong – it’s certainly not doomed – but we have to make sure current fleet policies are fit for purpose,” he says.

“This includes integrating the use of electric and hybrid vehicles which needs the right infrastructure so we can be proactive with policy reshaping.”

Porter has also identified a growing market for affinity schemes among corporates.

He says: “I see this being of interest to customers whose perk drivers take cash.

"Instead of going to the open market, we are having conversations with pilot customers about offering affinity terms for leasing. This is especially of interest to grey fleet.”

With the successful conclusion of the five-year plan achieved early, what does the next phase in Lex Autolease’s strategy entail? 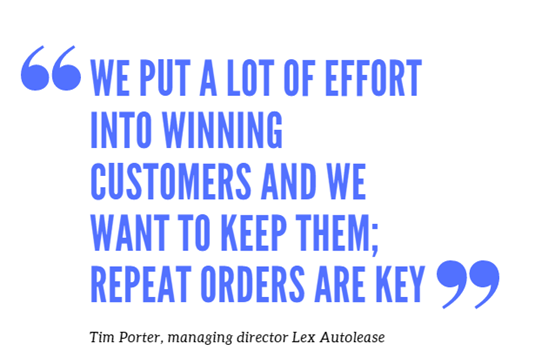 The company refreshes the plan every year, with a more meaningful re-draft every three or four years.

That’s where it is now, according to Porter. His strategic focus has moved away from setting growth targets in favour of sustainable growth.

“We will see growth as a result of doing other things,” he explains. “This is about exceptional customer service, digital services and automation. It is also about appropriate standards and compliance.”

He adds: “A one-cycle customer is not a customer. We put a lot of effort into winning customers and we want to keep them; repeat orders are key.”

A large proportion of growth will come in the regulated market. Lex Autolease is working closely with the Financial Conduct Authority (FCA) to ensure its operations are compliant for when the regulatory body turns its spotlight on leasing.

Porter has identified a number of areas that will underpin future success.

The first is the returns process at end of lease. The decision to outsource the remarketing function to BCA has made the process faster and slicker, which will help the company accommodate the rise in numbers, especially from SMEs and personal leasing.

“We have to set up for success in a market where the customer operates one vehicle,” says Porter.

He is also investing in the digital experience, with a 24/7 mobile experience covering car options and ‘QODD’ – quote, order, deliver and de-hire.

“We have to be easy to do business with. This is where the industry has a lot of work to do,” he adds.

Porter is working with a number of customers on mobility solutions. It’s an area where there is no “golden nugget answer”.

He sees it as a continuum starting with taxis and moving up various levels through daily rental, mini-leases, two-year contract hire and extended term contract hire.

“It’s all about vehicles types; we are not integrated with planes and trains yet, although we are confident that this is where it is going,” he says.

Lex Autolease is funding a growing number of mini-leases for vans and has seen greater taxi use for non-essential users. It is looking to join the dots, which is “about more than a fancy app”.

Porter says: “Within the next 12-18 months, there will be a number of big firms looking at that level of ‘motor mobility’ where they will want to significantly change their company fleet policies.”

Linked to the mobility challenge is the diesel debate. Lex Autolease already has 14,000 hybrid and electric vehicles on fleet and the number is growing rapidly.

It has also seen a move to petrol from diesel in some car categories, such as small cars.

For larger vehicles, the tax regime continues to steer much of the activity while vans will remain diesel “for the foreseeable future”.

Porter’s concern is the impact on RVs saying “80% of our fleet is diesel and if the used value dips more than we anticipate, that will be a problem for the whole industry”.

However, he adds: “We see a strong market still. We don’t see any ‘U’- or ‘V’-shaped challenge, but we have provisions within our fleet to cope with that.

"We are taking a prudent approach to risk management. We seek to be competitive but we aren’t the most price attractive because that is an RV risk.

“We want to provide an end-to-end experience for all customers. That’s when people buy and re-buy.”

Five years ago, no discussion of Lex Autolease was complete without speculation over a potential disposal by Lloyds.

The common consensus was that it was not core and, as banking was under a lot of pressure, selling non-core assets made strategic sense.

Today, Lloyds’ decision to retain the leasing business is paying off, and the rumourmongers have gone quiet.

“This is a market in growth and a business type that the bank is interested in,” says Tim Porter. “It is still an ‘invest to grow’ strategy.

“Lex Autolease is core on the basis of its growth – that was the bank’s expectation and we have done it in a way to gain continued support.

"And, as the process of leasing a vehicle digitises and more consumers become interested in user-ship, it creates an interesting retail opportunity for us.”