Skoda bluelight: winning over the ‘creatures of habit’

Over the past decade, Škoda has established itself as a serious player in the fleet market.

Having won the respect of company car drivers and fleet oper-ators alike, Škoda has set a new goal of becoming one of the ‘go-to’ brands in the bluelight sector.

While the company is no stranger to the public sector, Volkswagen Group brands have never really dominated this area, giving Škoda a tough battle to win over bluelight operators. 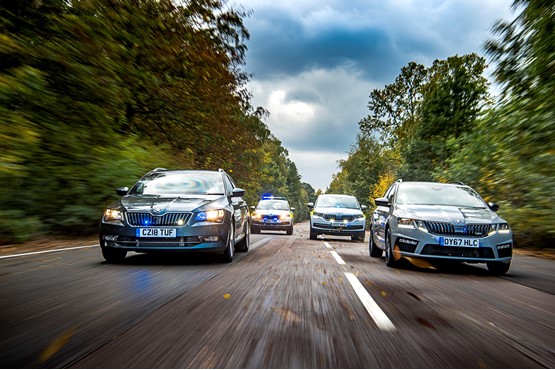 Nestled in a quiet corner at the Volkswagen Group UK head office is a small team responsible for what could be referred to as ‘Volkswagen’s Q division’.

Škoda is the most prominent brand among the group’s bluelight sales, which account for around 7-8% of the total bluelight market.

While Škoda, and the rest of VW Group, may lack the high-volume sales success that other manufacturers have enjoyed in this segment – think BMW, Vauxhall and Ford – the group is keen to grow and has worked hard to ensure it has a competitive offer.

Having realised that bluelight customers require specialist knowledge and a different approach, Cowell was appointed to oversee sales across the group.

He is now the main point of contact for all bluelight fleet managers and aims to provide a personal service to each customer.

“Everything we do is bespoke,” says Cowell. “Each local authority has its own ideas about the type and spec of vehicles it requires. Turning those into a reality is my job.”

While some manufacturers promote a turn-key solution, Cowell says Volkswagen Group provides more of a one-stop-shop.

“We don’t have standardised specifications, we go to the customer and find out what they want then come back and create a package for them,” he explains.

With most public sector fleets opting for tender, Cowell not only has to ensure he can offer the most cost-effective contract but also has to contend with “creatures of habit”.

“My job is to influence them into something from the VW Group, instead of the brand they have traditionally dealt with – and many simply want to stick to what they know.”

Cowell says Škoda models are the most popular due to their lower price point.

“People recognise they can get the same level of build quality and reliability as other VW Group products for a lower price,” he adds.

Wholelife costs are becoming increasingly important within the sector, according to Cowell.

“We don’t have to be the cheapest to come out on top. Bluelight fleets are now looking at the whole package, including support and warranty,” he says.

The Škoda range has something to suit most police requirements. From the Fabia as a beat car to the Octavia and Superb for fast response. Its new SUVs – the Karoq and Kodiaq – provide all-wheel drive traction and off-road capability.

Cowell expects the upcoming Kodiaq VRS, which features a 240PS diesel engine, to be popular among armed response fleets looking for a cheaper alternative to the BMW X5. 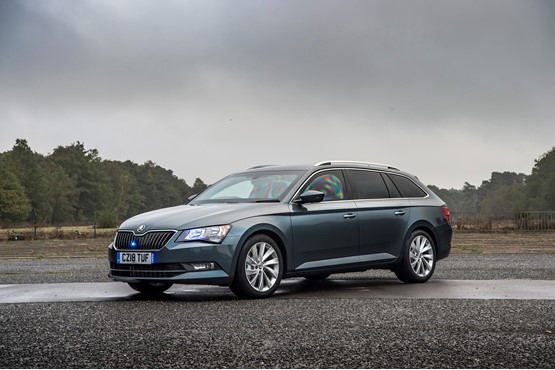 “It’s really not like anything we’ve done before,” says Cowell.

“When you are putting something out there that’s, quite literally, in the firing line, it has to be right.”

Understandably, the exact specifications of the Superb’s armour remain confidential, but the vehicle does meet the stringent PAS 300 standards for ballistics and blast protection.

Bulletproof glass is fitted all around. At almost an inch thick, it does mean the windows no longer open.

The armour is created using a new manufacturing process and is specially moulded to fit the interior of the car, creating a cocoon around the occupants.

This method of installation allows the conversion to be done quickly and, most importantly, cheaply.

The Armoured Superb costs around £119,000, which is around a third of the price of a regular converted executive car.

“For the public sector, where cost is everything, our car represents a significant saving over the competition,” says Cowell.

The police have already snapped up around 150 examples, although how and where they will be used remains a secret.

Cowell and his team ensured the interior panels can be refitted, after some modification. To the naked eye you would be hard pressed to tell the difference between it and a standard Superb.

The suspension and brakes have been uprated to handle the additional weight of the armour, but otherwise the Armoured Superb comes as a standard 190PS 2.0TDI manual.

Other trim variants are currently not available, as each derivative would have to undergo the stringent approval process and may require modifications to the armour, according to Cowell.

Fleet News was given the opportunity to drive the new model, which comes exclusively in estate form.

While the car appears to look standard, the weight of the conversion is apparent as soon as you try to open the door. It’s heavy!

The Superb is carrying around a tonne of extra weight and that is noticeable in the cornering and acceleration. It doesn’t take long to adapt and the car is still easy to manoeuvre and offers adequate performance. 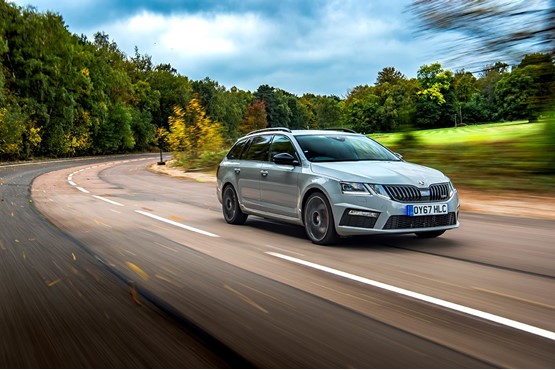 Undercover police operations require a vehicle that can blend in with traffic but can also keep up with the fastest cars.

The Octavia VRS has a 2.0-litre turbocharged petrol engine with 245PS, allowing it to accelerate from zero to 62mph in less than seven seconds.

It features subtle LED lighting built into the windscreen frame and front grille, making it indistinguishable from a standard Octavia. 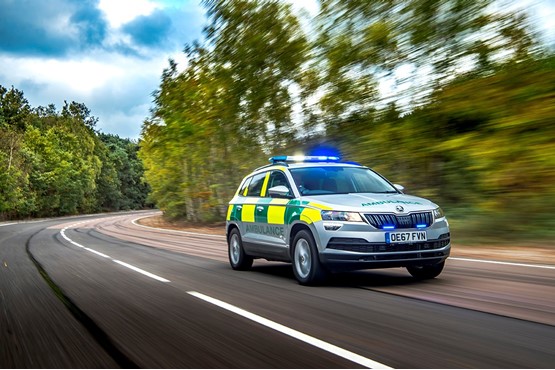 The all-wheel drive Karoq provides confidence in all weather conditions and allows ambulance first responders to access remote locations both on and off road.

Secure racking systems can be integrated into the rear of the vehicle to store equipment, with lockable compartments for drugs. Full livery and roof mounted lights complete the transformation. 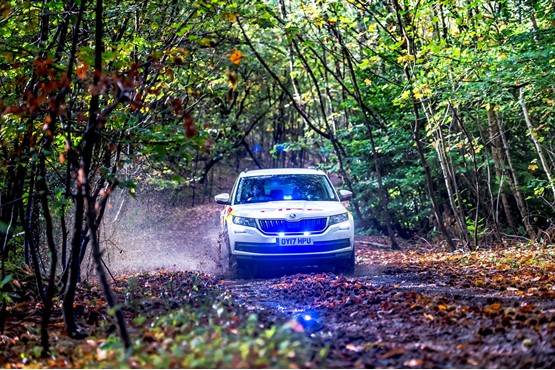 In rural areas, the Kodiaq can be used by fire brigades that need to cover ground quickly in difficult-to-access areas.

The all-wheel drive system provides the driver with the confidence to venture onto unknown terrain at higher than normal speeds.

Its loadspace of more than 1,160 litres (seats folded) enables fire crews to transport a large array of equipment.

Carmaker is revamping its fleet dealer network with the launch of 20 business centres, catering for SMEs and major corporates, from January 1, 2019.