Transport Select Committee: Cross-party committee puts politics to one side to bring about change 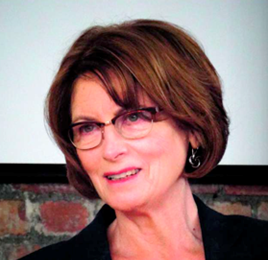 Who holds the Department for Transport (DfT) to account? Decisions taken by the Government office have major, long-lasting implications for fleets, whether it’s investment in road infrastructure, action to tackle safety, approving trials of autonomous cars, incentivising uptake of alternative vehicles or even wider travel matters such as airport expansion and HS2 rail links.

Does the DfT make the right decisions? Could money be better invested in other areas? Can it justify its policies? This is where the Transport Select Committee comes in.

The Transport Select Committee (TSC) comprises 11 Members of Parliament, appointed by the House of Commons and drawn from the three largest political parties (Conservatives, Labour and SNP). It is responsible for examining the expenditure, administration and policy of DfT and associated public bodies, like Highways England, Driver and Vehicle Standards Agency (DVSA) and the traffic commissioners.

However, its remit extends further, into other motoring matters of public interest. Over the past 15 months, for example, two major automotive stories aroused interest: the Volkswagen NOx emissions scandal and the Vauxhall Zafira fires (the recent news about Corsa fires is sure to now come under its gaze).

In both instances, the TSC summoned senior executives at the companies to explain what happened and how they intended to resolve the issues. These sessions are often hostile and uncompromising – just check the YouTube clips involving Volkswagen UK MD Paul Willis.

Louise Ellman MP has chaired the committee for the past eight years and has been a member since 2002. Key to its success, she says, is having members who can put aside party politics to work together for a common goal.

“Overwhelmingly that does apply; we try very hard to concentrate on the issue in front of us,” Ellman tells Fleet News at her parliamentary office in Portcullis House, adjacent to the Houses of Parliament.

“Our aim is to try to improve transport for the public and identify issues of concern, conducting inquiries where we think it is appropriate into different topics which we decide.”

Committee members have full autonomy and are completely independent from parliamentary bias. It slots in the topical inquiries around its main transport scrutiny responsibilities.

Each inquiry has terms of reference. They are made public via the website and TSC invites interested parties to submit their views. It will also call relevant people to provide face-to-face evidence, including ministers.

Once the TSC is satisfied with the information it has gathered, it draws up a report with recommendations which goes to the appropriate minister. That minister is duty-bound to respond.

“Our aim is two-fold: it’s to highlight issues of concern and bring about change where we feel that’s justified,” Ellman says. “And it’s to influence what happens. We’re not an arm of government so we don’t have a power to enforce something, but we definitely do influence.”

The Volkswagen emissions scandal is one area where the involvement of TSC prompted the Government to raise its game.

“We could see it was a matter of concern. And although it is far from resolved, our actions have made the Government become much more involved,” Ellman says.

“We’re not satisfied that they’ve done enough and we think that our minister should be more involved, but it’s an ongoing issue.”

Ellman is keen for fleets and leasing companies to contact the committee about any issues they believe are worth investigating.

“It is always good for the industry to make me aware of issues,” she says. To that end, she asks Fleet News for its view.

Our reply: road safety and data protection, two issues raised in the Fleet Manifesto published by Fleet News, ACFO and BVRLA in 2015 which Ellman now has a copy of.

“We did a lot of work on road safety in the past and I think it’s time we looked at it again, accident rates have gone up recently,” Ellman says.

TSC has also focused on road traffic law enforcement, drawing a parallel between the shortage of traffic officers and the rise in drivers using hand-held mobile phones.

“People aren’t supposed to do it, but it’s not enforced. There has been a much bigger attention by the Government on that since we highlighted it,” Ellman says.

DfT announced late last year that drivers would now face tougher penalties for using hand-held mobile phones. This includes six points instead of three and a doubling of the fine to £200.

In addition, newly qualified drivers could be made to retake their test the first time they are caught and more experienced drivers could go to court if they offend twice, and face fines of up to £1,000 and at least a six-month driving ban.

The transport committee has also been high profile in the debate over all-lane running on major sections of motorways, which DfT is extending across the country.

Its report detailed safety concerns and apprehension that trials had not been sufficient to establish the true impact of using hard shoulders as an extra lane to alleviate congestion.

“We wanted the Government to stop the roll out of that programme until safety was assessed,” Ellman says.

“Somebody could break down on the lane during the night and it not be known that they’re there. There is technology that would alert the control agents but that wasn’t going to be fitted so we’ve said something must be done about that.”

The DfT is ploughing ahead with the roll-out, which Ellman believes is “cost-led because you get more road space for less money if you use the hard shoulder”.

She adds: “If they’re not going to stop the roll-out, they’ve got to do something about refuges – including the length of the refuge area for haulage vehicles and how you can safely get a vehicle in to tow them out if they break down – and more information for people on the motorway.”

In its response to the TSC, released in December, the DfT has ceded some ground: while the roll-out will continue, it is committing to take action on creating more refuge areas and fitting a radar-based vehicle detection system to reduce the risk to broken down vehicles. It also intends to meet with TSC shortly to discuss its other concerns.

“That’s one of the secrets: you mustn’t just product a report and then leave it if it’s something you feel strongly about and it’s got public resonance,” Ellman explains.

“You have to keep raising it at the right time. We call ministers in front of the committee for general questions and that’s when we might well raise issues like this. What is happening on this topic? What is being done? They know that we do that as well.”

The TSC’s latest inquiry is looking at urban road congestion, with the first oral session due to start this month. Its aim is to identify cost-effective and safe strategies for managing limited road space in towns and cities, minimising disruption to local communities and businesses, and keeping traffic flowing.

The proposal came from TSC members during a debate on the Buses Bill. Views were divided on whether bus priority lanes were a good or bad idea, so Ellman proposed widening the debate to look more generally at roads management, usage and congestion.

She says: “That’s going to be very interesting to your audience: who gets priority, is it the buses, is it the cycle lanes? Is it the regular drivers who are driving in and out of metropolitan areas? Is it the people going to school? Who has priority on the roads and how do we make that better?”

Ellman is the longest serving member of the Transport Select Committee. So what is its appeal to her?

“Its remit is so wide – road, rail, air, sea – and it’s so important to everything: how industry functions, environmental issues, how people get around,” she replies.

“And we can make a difference; over time you see changes and different ideas.”

* Safety and security of the rail network