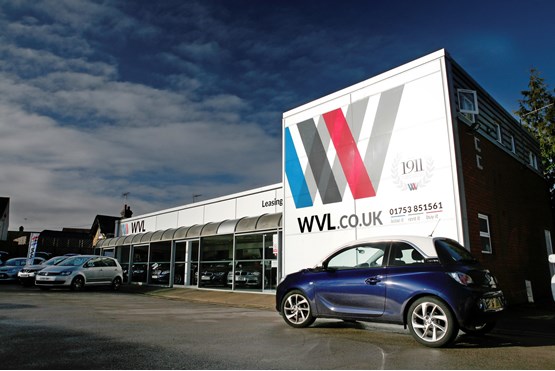 Smaller leasing companies must have a point of difference in order to win fleet managers away from the major providers. That’s the view of Philip Newton, chairman and owner of Windsor Vehicle Leasing (WVL).

Newton founded WVL in 1976, but spent 20 years outside the leasing industry, chiefly at the Perfume Shop. He grew it from a single store in 1991 to more than 100 stores by the time it was sold in 2005.

Newton subsequently returned to WVL, bringing with him a retailer’s perspective – his management team “roll their eyes every now and again when I say ‘when I was at Perfume Shop…’”, Newton says.

The key lesson he applies to WVL is that the customer is paramount. “You could have all the fancy ideas in the world, but if you’re not making an offer that has a point of difference and that appeals to the customer then you’re dead in the water,” Newton says.

“It’s essential for a business of our type and our size because we’re a smaller operator. There is room in the market for us but we have to get our offer right. And it has to be sufficiently different from what the big boys offer.”

Newton believes WVL “ought to be able to offer a better service” because “you can talk to the manager here, you don’t have to go through a number of dependents”.

WVL’s key point of difference is that it has a showroom from which it retails around 95% of returned vehicles. It also acquires about 10-15% of its fleet at auction, and has offered flexible leasing for the past five years. Newton believes that these aspects could see WVL climb to 25th spot in the FN50 in the next five years (up from 47 last year). In the short-term he has a more modest aim: to grow the fleet from 1,396 to 1,500 vehicles in the next year to 18 months. “I have learned that once you start winning it’s easier to win big,” Newton says. “But do it all in bite-size chunks so everyone can digest it, everyone can understand what you’re doing and where you are going.”

At the moment, Newton is looking for the business to grow organically rather than through acquisitions – but “maybe ask me in 12 months’ time and I’ll give you a different answer”, he says. “What I do know from my corporate past is that only one in three acquisitions works. That all comes down to the timing as far as the acquirer is concerned and whether he is absolutely ready to make such a move. And I’m not sure that we would be.”

Organic growth was the approach Newton took at the Perfume Shop.

“When I developed Perfume Shop I only ever opened 10 shops a year,” he says. “That sounds quite a lot but it wasn’t because I had the money to open 30 and there were 30 out there. We were much more focused on growing the business organically, growing the sales from the existing branches. There is much better return if you maximise your existing assets rather than go and buy new ones.”

Newton knows it is essential to have the right team in place. WVL has 22 staff, a number of whom are long-serving employees (managing director Philip Smith and account managers Peter Fletcher and Alan Robinson can all claim 15-plus years at the business, while sales director Allun Wilkins retired in March after 46 years), but it has recently created a new business development manager role and has plans to grow its account manager team.

WVL currently has 198 customers who typically have a fleet size of up 25 vehicles.

“Just from purchasing power and money interest rates, we wouldn’t be competitive for the big corporates,” Newton says. “That’s where the big boys will beat us hands down. But what we can do is provide alternatives. We’ll be really flexible with our customers. We’ll also take a chance on some customers that maybe don’t have the financial strength that the vehicles that they require demand. What we might want to do under those circumstances is dictate the fleet that they have so that we reduce our risk by managing the vehicle types and models to ensure that, if they do come back to us early, then we can move them on.”

When a vehicle is returned, WVL assesses whether it could be usefully re-leased on a short-term or medium-term basis to another customer, or whether it is a good proposition for its retail site.

Around 300 to 350 vehicles are returned to WVL each year and are generally between two and four years old.

Given that Lex Autolease has closed its retail sites in Coventry and Oldbury, and has outsourced the remaining elements of its vehicle remarketing operation to BCA, how does WVL make its retail site successful?

“Lex is a colossus,” Newton says. “Our account managers have responsibility for a vehicle from cradle to grave. They have a personal interest in that individual vehicle, so we can make decisions that Lex couldn’t make.”

He adds: “If one of the big leasing companies has a lease go wrong within three months or six months they have nowhere to store the car, they have no other use for the car so it has to go to the auction.

“We think that is fantastic because we can then buy those. We don’t buy on the same scale as they do, so if we get six to 10 cars back we can manage them. If Lex got 60-100 cars back on the same ratio they couldn’t manage them because space costs you so much money these days.”

WVL purchases anything up to 12 months old.

“There are some customers that may want a specific type of car but can’t afford the new version because of the depreciation hit,” Newton says. “We can buy them a new-used model and we can provide a much more competitive offer as a consequence.”

WVL also uses its own cash resource to spot buy.

“We might buy 10, 20 or 30 vehicles that are new at significant discount where we can offer real value to our customer,” Newton says. “That’s exactly what we used to do at Perfume Shop. A third of our product was always deeply discounted and a third of all of our offer at WVL eventually will provide the same opportunity.”

Flexi-leasing (anything from a month to 12 months) offers “a clear market opportunity”, according to Newton, as it suits companies that have a six-month contract or who have employees on short-term contracts .

Currently, WVL has 150 vehicles on flexi-lease but expects this number to grow to 300 within 18 months as it has the facilities to cope with vehicles being “on churn all the time”, Newton says.

His other growth opportunity lies in convincing more SMEs to lease. “If I had a start-up business, I would absolutely want to lease simply because it’s budget-proof,” he says. “If you give the right information from the outset then you absolutely know what your vehicles are going to cost you.”

Damage charges not good for business

Leasing companies should not “rub their hands in glee” when they get big excess mileage charges or end-of-contract damage charges, according to Philip Newton.

“It’s negative for the industry because someone with an excess mileage or damage charge is not going to come back to the lessor and they’ll have a bad taste in their mouth about the industry,” he says.

“We’re flexible enough to look at the customer: how long have they been with us, are they going to stay with us? If someone has abused the vehicle, they’ve thrown the keys back us and we’re never going to see them again, we’ll have a completely different view to someone that brings the car in, there is damage but we could get it repaired at much lesser cost than the customer could.”