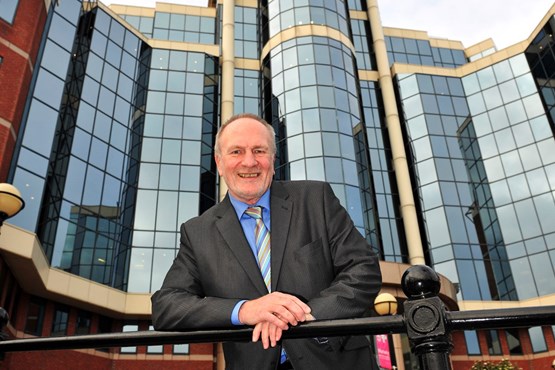 That’s the view of Dennis Dugen, the employee benefits and car fleet manager at engineering consulting firm WSP Parsons Brinckerhoff, who has successfully operated a scheme since 2010.

“I don’t see any reason why companies should be reluctant to operate it,” he says.

“There is no question that it needs to be explained to employees, but the benefits would far outweigh any downsides from their point of view.

“From the company’s point of view, it’s a benefit that you can offer at no extra cost. If you choose to take the national insurance savings, that would more than cover any administration costs that might be involved in the scheme.”

WSP Parsons Brinckerhoff launched salary sacrifice as an alternative way of providing a company car rather than purely as a benefit to other staff.

Employees who qualified for a company car (except those working for the environmental division) were converted to a cash allowance, but with the option of surrendering that to buy into the salary sacrifice scheme.

It added around 245 employees to WSP Parsons Brinckerhoff’s existing book of 600 cash-takers, leaving it with 50 company cars in the environmental division and 22 job-need company cars.

“We were looking for something that gave us a flexible solution,” says Dugen.

The recession saw him manage “an enormous fleet movement” due to a business restructure, with the fleet shrinking from 664 vehicles to 320.

“Between 2008 and 2010, we didn’t buy a single vehicle,” he says. “We moved spare vehicles to someone whose lease was about to run out. We kept everyone who was still employed mobile and the fleet was fully utilised. But, as 2010 approached, we would run out of cars to reallocate. We had to do something. We extended a few leases, but what we wanted was a flexible approach.

“If we had kept taking three-year leases, there may well continue to be downturns in business in certain areas.”

Flexible rental was ruled out, as it would limit choice for employees and so didn’t offer the same benefit as salary sacrifice.

“We felt salary sacrifice gave us that ‘best of both worlds’ solution,” says Dugen.

“We could turn round to employees and say ‘you can have any car you want’ and it also provided us with an early termination fund that meant if people did leave us we could return the cars without incurring extra costs that the scheme hadn’t already funded.”

WSP Parsons Brinckerhoff does not always use early termination if an employee decides to leave the company. It also uses spare cars as lead-in vehicles for employees new to the scheme, rather than using daily rental.

Salary sacrifice has not saved WSP Parsons Brinckerhoff money against its contract hire scheme, in Dugen’s view, but “it has capped the cost”.

“We have given people a car allowance and that is it. There aren’t any shocks and surprises over and above that for the firm,” he says. “It sets the cost of operating cars in stone somewhat, other than business mileage claims.”

WSP has chosen to use its National Insurance savings to reduce the cost of the car for employees.

“It was never intended as a cost-saving exercise for the company,” says Dugen.

“The idea was to make the scheme attractive as a benefit. We want to attract the very best people and, at the time, we were one of the few companies offering salary sacrifice.”

WSP was the first Venson customer to introduce salary sacrifice.

“We were using Venson for standard contract hire, so we had a good relationship,” says Dugen. “We were able to work with them to tailor their scheme to work best for us.”

WSP Parsons Brinckerhoff’s previous contract hire fleet restricted employees to three manufacturers: Ford, Volkswagen and Honda. But under the salary sacrifice scheme, employees are free to choose any vehicle with emissions below 130g/km.

Employees that choose a lower cost car are able to retain the remainder of their car allowance. Those that wish to choose a higher cost car can do so, but have to pay the difference.

“One of the attractions of salary sacrifice is that it encourages drivers to choose low-emission vehicles,” says Dugen. “We are aware of our environmental responsibility and there is a desire to make our fleet as green as we can without being over prescriptive about that.

When the scheme first launched, the BMW 320d Efficient Dynamics was the most popular model.

“At the time, it was head and shoulders above everyone else but other manufacturers have caught up,” says Dugen.

The Mitsubishi Outlander PHEV is currently attracting the most orders.

“Anyone looking at an SUV, an estate car, or family transport is looking at that very favourably,” says Dugen. “At 44g/km why wouldn’t you? The cost on the scheme is very competitive.”

Although the plug-in hybrid is proving popular, no one has yet opted for a pure electric vehicle due to range anxiety.

“We trialled a number of EVs to see where they would fit in, and how they could fit in,” says Dugen. “But our drivers do a combination of local- and medium-distance travel, and they could at times be working out in the middle of field, where the chance of charging a car is not likely to be high.”

Dugen believes that salary sacrifice encourages the right behaviour from drivers. They are responsible for insurance excesses if they have an own-fault accident, as well as any end of contract charges.

WSP Parsons Brinckerhoff will support higher business mileage as long as it is notified before an excess mileage charge is incurred.

Dugen believes that these responsibilities “focus their minds on looking after the car and driving it perhaps with a little more care than other company car drivers”.

WSP Parsons Brinckerhoff has 260 staff signed up to salary sacrifice. Its environmental division also decided two years ago that salary sacrifice was suited to its higher-mileage company car drivers while, mid-2014, WSP opened up the scheme to all 2,500 employees in the UK.

“The reason we opened it up to all staff was because our staff turnover was beginning to increase and we wanted to offer it as a benefit that would help with staff retention,” explains Dugen. “Staff turnover is lower among our salary sacrifice drivers.”

WSP Parsons Brinckerhoff has 16 cars on fleet from the all-employee area and six orders in progress – numbers that Dugen is not dissatisfied with.

“We expect it to be a slow-burn take-up,” he says. “People may not be looking at it until they are ready to replace their car.”

Employees have been made aware of the scheme through presentations, booklets and the company’s intranet.

Communication centres on the benefits of the scheme. In particular, the financial savings employees can make – up to 40% compared to a PCP with a local dealer based on Dugen’s research.

“We worked through a large number of examples,” he says.

“I went to the local dealers and went online and got prices for operating typical vehicles that people might be interested in and highlighted those to show people the savings that could be achieved.”

The feedback from employees contemplating the scheme has been positive.

However, there are still some employees who will not consider salary sacrifice.

“About 600 employees are London-based and they know salary sacrifice is quite a good scheme but they mostly use the train or the tube to get into work,” explains Dugen.

“If they have a car it may only get used at weekends so it’s not worth them getting a new car. They look at a company car slightly differently to people based in the north and the Midlands.”

Dugen points out that, for grey fleet drivers in older vehicles, the cost savings from salary sacrifice are not as significant as those who have a new or nearly-new car.

Grey fleet falls to line managers to manage, with Dugen taking an advisory role. He is continuing to raise awareness of the risks associated with at-work driving.

“We spend a lot of time doing health and safety analysis of going onto a site, looking at the risks, but if you just stand back from it, the activity that is most likely to incur an accident is driving at work,” he says.

WSP Parsons Brinckerhoff’s health and safety department issues a weekly ‘safety pause’ – employees are asked to pause for a minute to think about a particularly health and safety theme – via the company intranet.

During last year’s Road Safety Week there was a daily safety pause, focused on considering other road users. An IAM instructor was also brought in for a video presentation and on-the-road training.

WSP is now using its motoring offence and accident claims data, together with its online risk assessments, to identify employees that would benefit from further training.

Dugen’s other focus is preparing for the fleet size to grow.

“Business is on the up again,” he says. “I will be ready to talk about cars and the management and financing of them and the options our employees have – and hopefully carry on selling our scheme to them.”

From facilities to fleet

Dennis Dugen has been in fleet since 1992. He joined KPMG as facilities manager and was asked to take on the management of the car fleet. He then moved into a consultancy role, advising KPMG’s clients on their fleets, before joining WSP in 2000.

“I joined under finance, then  I moved to management  services, then, out of that, into procurement, where I linked travel and fleet together,” he says.

“When we launched salary  sacrifice, it was deemed an HR area, rather than a procurement exercise, so I’d best move to HR.”

Dugen now looks after a number of employee benefits – private health insurance and group income protection – as well as the salary sacrifice scheme.

Travel has remained with procurement, but Dugen says that it doesn’t change the message to employees that they must think of the best way to get from A to B – not just jump in a car.

Does he miss being a travel manager?

“Not particularly, it was an interesting area to be involved in but I’d miss fleet more if I lost that,” he says, adding that his additional responsibilities are a sign of the times. “Those halcyon times of my past when a fleet manager was just a fleet manager have long since gone.”

“There are only a few operations now that have a fleet big enough to justify a full-time fleet manager and department,” he says.

And, as former secretary and vice-chairman of ACFO’s North West region, he believes that people that have fleet as “a second string to their bow” should join ACFO to keep informed.