Was this article useful?
4 people found this useful
4 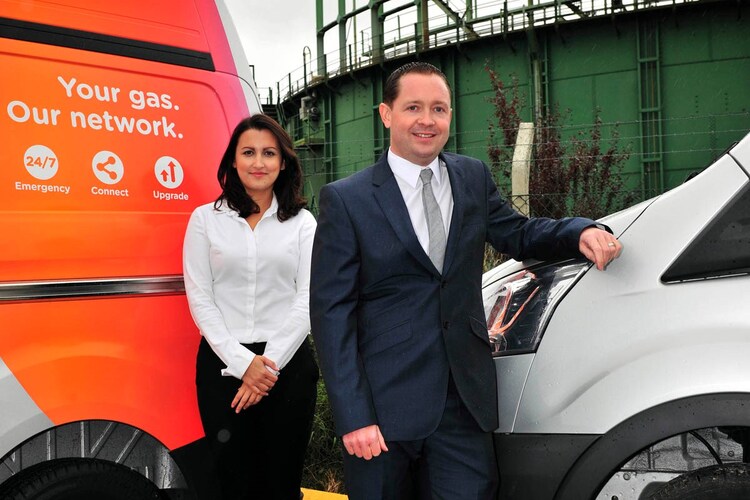 The relentless financial pressures on fleet managers are not likely to relax any time soon. But those pressures take on an entirely different shape when it’s the finance team making the decisions.

The strategy is being driven by head of finance Chris Stone, who has been with the company for four years. Fleet is just one of the areas he has targeted for improvement.

Day-to-day operation of the fleet – 2,000 vans, 700 cars – stays with the company’s fleet manager, while routine driver contact is outsourced to Inchcape Fleet Solutions.

“Our involvement started off with a discussion about leasing versus buying on our vans, looking at the calculations and wholelife costs,” explains Stone.

“Historically, vehicles had been bought in batches of 500 or so at a time, but we made the decision to switch to a more phased approach. This had benefits throughout our supply chain, for vehicle manufacturers, racking and graphics.

“Looking at data based on maintenance and previous replacements, and taking into account the modifications we make to the vehicles, we opted for a seven-year replacement cycle, purchased outright.”

Stone adds: “A seven-year-old van can sometimes be in as good condition as a two-year-old van; it all depends on how well it’s looked after by the driver.”

Vehicle condition and driver safety were two of the main driving factors behind the company’s extended rollout of a telematics and driver behaviour system from TomTom.

“Our safety focus is around the job, and we are massively safety-conscious when digging holes and dealing with gas. The driving element was perhaps not given the priority it should have had. But our drivers collectively cover a million miles a month; and in reality it’s a big part of the job,” says Stone.

The fleet had employed ‘track and trace’ style telematics on its commercial vehicles since 2008, but decided to deploy a system with driver behaviour functionality earlier this year. The company underwent a rebrand during 2014 so, at the same time the new livery was applied, an updated telematics system was installed in each vehicle.

“One of the biggest initial surprises for us was the level of idling. When we first started monitoring, we realised we wasted 13,000 litres of fuel in one month,” explains Stone.

“All the vans are now fitted with heaters to dry drivers’ coats, with the latest additions to the fleet also capable of heating the cabs. We’ve worked hard with the team leaders and the drivers to change habits.”

Stone has a team of ‘business partners’ within finance, who are tasked with communicating with team leaders in depots to pass on best practice.

“We realised very quickly that a vehicle that’s well looked after costs less to run. It wasn’t rocket science, but we did find the vehicles with the highest number of harsh braking and other driving events also had some of the highest maintenance costs,” he says, adding that, at the other end of the scale, the vehicles driven by those with good scores were in better physical condition, too.

He believes that by educating drivers with the data, the fleet will see a reduction in the cost of routine vehicle maintenance, particularly of brake and tyre replacement.

Drivers receive a weekly score, currently issued and monitored by team leaders, and a system is being put in place so they can receive a text to their smartphone on a Monday morning with the data.

The TomTom system offers live visible feedback on-screen, so drivers are aware of their driving throughout the week. “We’ve created a driver handbook that, among other things, effectively tells a driver how to score a 10. We’ve also created a guide for managers, which tells them how to hold the conversation with the drivers,” says Stone.

To get a better picture of the challenges faced by van drivers, and establish a benchmark on the points scoring system, Stone and finance assistant Nina Rego, who monitors the telematics data, swapped their cars for a company van for two months for their daily commute.

“We wanted to see if a full score is possible. We’ve both been scoring in the nines,” Stone says.

“It was good learning for us to drive the vans and get to know what our drivers are experiencing.

“It made the conversations with drivers a lot easier: we had our own knowledge to back them up. It also allowed us to adjust settings – because we’re using it every day. Initially, the high rev alerts were set at 2,000rpm, but we decided to move that up to 2,500rpm.”

The pair said their van driving experience, during which they racked up 2,000 miles in two months, gave them more credibility when talking with field staff, and have encouraged general managers to try the system for a short period in a van.

To benchmark the system and its potential savings across a year, the team looked at  a sample pool of 89 vehicles over a four-month period.

In April, drivers knew the system was installed, but the reporting wasn’t in place to inform drivers or managers of their scores. By July, they were fully aware of what it did, and managers were having regular conversations with drivers, looking at scores and discussing potential improvements.

By July, there had been a marked improvement in both scores and consumption.

Fuel economy improved by 2.5mpg per vehicle – or around 11% – achieved by smoother, more efficient driving, driven by the live feedback box.

If the same results are seen across the business – and early indications are good – Stone estimates an annual savings target of up to £1 million, made up primarily of an estimated £600,000 saving from fuel economy and idling, reduced maintenance and vehicle repair, and a lower spend on tyres and brakes.

“I don’t understand why you’d have a fleet without ,” Stone enthuses. “Why you would not want to be able to monitor how a fleet that costs this much is being driven and looked after is beyond me.”

Data from the telematics system has been made available to staff at Inchcape, which Stone says has improved the service and care drivers receive.

“When one of our guys phones up, the person at the call centre will bring up their vehicle on the screen, and can locate them and see any vehicle fault codes, current mileage and vehicle status,” he explains.

Inchcape will proactively monitor fault codes, and book in vehicles before they get to a breakdown situation.

The benefits to SGN of fitting telematics to vans is amply demonstrated, but what about its car fleet?

Stone and his finance team have trialled a mileage reporting version of the system in their own cars as a small feasibility study.

“It’s based on an app. It shows all your journeys and, at the end of the day, you select whether a journey is business, private, or commute. It then ignores your private mileage,” he says.

The trial went well, but Stone believes there is more work to do to persuade staff and unions of the benefits of telematics. “As others do it we may follow suit,” he adds.

Changes to fleet policy have not just affected vans; Stone also has the 600-strong company car fleet firmly in his sights.

A lease versus buy comparison on cars has recently been completed. SGN previously bought its cars outright on a five-year operating cycle, but the cost analysis showed that it would be better off leasing them.

“It made sense for us to switch financially. From a driver’s perspective, the move was great, because they don’t really want to be in a car for five years, particularly with the big reduction in emissions meaning lower company car tax rates,” says Stone.

The vehicles are all job-need cars, and leased through Inchcape’s Autobid comp-etitive tendering programme, whereby Inchcape procures and supplies vehicles which are financed via a panel of funders.

Vehicles are now acquired on a three- or four-year cycle, a choice which is given to the driver, with a pooled mileage allowance.

“The four-year cycle is the optimum, but  if a driver only wants to keep a vehicle for three years, they can choose to pay the  small premium,” says Stone.

“Spreading the funders means we’ve found the rates we’re getting are better than if we had a single funder.

“This now means the driver gets a better vehicle; in effect we’re passing on the saving to the driver.

“It also means they either pay less personal contribution, or can choose a higher specification vehicle than perhaps they would have been able to otherwise.”

SGN has an open choice policy, although vehicles cannot be two-door, coupé, or cabriolet, and must be diesel, with a maximum CO2 of 140g/km.

The company also offers a salary sacrifice scheme. Uptake has been low – around  50 staff from a workforce of 4,000 –  but Stone has moved the scheme to Inchcape and believes the better rates on Autobid will encourage more staff to sign up.

Chris Stone and his team have been leading a programme of incremental change at SGN, working with other teams across the business to investigate and deliver potential savings.

The ‘dig a smaller hole’ programme encouraged staff to think about the size of the hole required to complete each job, and is an example of the type of thinking and questioning of process the team tries  to employ.

“A smaller hole means less time digging, less time filling in, and less material required to fill in and resurface the holes. It has massively improved our efficiency,” says Stone.