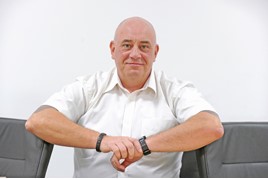 While the NHS has rightly received the bulk of the nation’s gratitude during the Covid-19 pandemic, a network of suppliers behind the scenes has been vital in ensuring it can do its important work.

One of those is Stericycle, which collects and disposes of medical waste from hospitals and GP surgeries.

“On March 18 (shortly before lockdown started) we pre-empted there would be an issue with our supply chain and with workshops, so we engaged with our suppliers and they were engaging with our workshops and workshop management,” says Paul Brown (pictured), Stericycle international fleet manager, who is responsible for 705 vehicles, including 250 vehicles for Stericycle’s Shred-it brand.

Five days later, the UK went into lockdown and while most issues were resolved or mitigated, it quickly became clear the “biggest stumbling block” was the lack of clarity from the Department for Transport (DfT) and the Driver and Vehicle Standards Agency (DVSA) over issues such as MOTs, preventative maintenance inspections (PMIs) and drivers’ hours.

“Would the PMI schedule stay at eight weeks, at 12 weeks, or would it still exist? Was there going to be an uplift in drivers’ hours? We needed to know,” says Brown.

“Drivers’ hours were uplifted within a few days, but it came in with this wishy-washy guidance from the DfT and DVSA on what that related to.

“It said ‘deliveries to stores, transport hubs and manufacturing sites’, so we questioned when it would come for regulatory waste and there was a gap of up to a week before they made a decision that our drivers would be classified as key workers.”

Stericycle was also eventually told it could extend its PMIs to up to 17 weeks, which Brown was happy with.

“If it was a longer period, I wouldn’t have been comfortable that, after such a long time off the road, a driver could just jump in, turn the key over and the vehicle would be in a safe state,” he says.

“We would suddenly see issues with clutches and gearboxes, so we brought in a policy that if it got to the 16th or 17th week then it would have a thorough standing inspection.

“If anything was identified it would go into the workshop and then we would make sure that, as soon as we bring it back on the road, the PMI was rebooked for the earliest opportunity and the eight-week schedule starts again.” 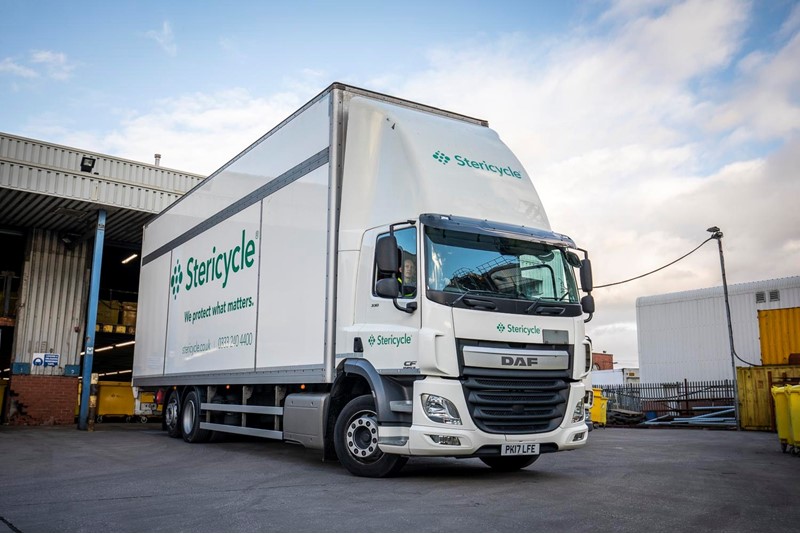 Stericycle also asked about dangerous goods licences and what it would mean if it had to bring in additional drivers, but couldn’t get them trained to dangerous goods standards.

“The answer we kept getting day-on-day, week-on-week was ‘no decision at this time is being made’,” says Brown. “In the end we got the answer that if it was an issue, the NHS would raise it.

“So we were trying to get ahead of the curve and throw some of the questions that most transport professionals were asking the governing bodies. We needed firm guidance, but we didn’t seem to get that.”

As lockdown essentially prohibited road transport by anyone other than key workers, Brown says its drivers kept getting pulled over by police to ensure they were meant to be on the road.

“Some of our drivers were on first name terms with the officers after a while,” he jokes.

To save time, Stericycle issued its employees with a permit to work – including a letter from the NHS confirming they were working on its behalf – to clarify they were key workers and allowed to be on the road.

Because employees were dealing with Covid waste, the company’s procurement team was working 24/7 to ensure its staff had the right personal protective equipment (PPE), says Brown.

“If we were just collecting normal hospital waste then we were wearing the usual PPE and 24-hour paper facemasks,” he adds.

“When collecting Covid waste, it was full-fitting suits, respirators, full visors and gloves.”

Changes also had to be made to other working practices. Some jobs require a two-man team and whereas they used to travel in the same vehicle, Stericycle introduced a guideline to reduce double-manning where possible.

“We asked ourselves if double-manning needed to take place or was there a change we could make to turn those jobs into a single driver task,” says Brown.

“If we couldn’t, we hired a small van so the truck driver would take his vehicle to the hospital and his mate would follow behind.”

Brown expects the Covid-19 pandemic to have a long-lasting effect on the Stericycle fleet.

“It hasn’t really affected our supply chain in the medical part of the business: tenders and replacement of the fleet is going on and that will continue,” he adds.

“However, it certainly affected the secure document destruction division (Shred-it) because offices and organisations were closing and there was less need for somebody to go to collect paper waste or shred it on site.

“In the end we furloughed drivers and mothballed vehicles. We’ve pulled all fleet renewals for this year and we’ll take stock next April just to see what the ‘new normal’ looks like. We’ll then restructure our fleet accordingly.”

The pandemic has also changed other parts of the fleet operation: Stericycle has replaced on-site fleet audits with virtual ones.

Transport managers were also previously audited every six months to ensure compliance. “We are now doing this through virtual means,” says Brown. “Files are being scanned and sent through as PDF documents so we can view the paperwork from the safety of our home offices, while meetings we would have had face-to-face we can have over WebEx.”

The pandemic is also expected to change Stericycle’s company car fleet. It had already seen an increase in people wanting to opt out and take a cash allowance and Brown feels this will continue.

He says: “People haven’t really used their company cars for months and are they going to really use them the same way they did before?

“I think we are going to continue with virtual meetings and virtual offices, and, where a company car was a status symbol before, people are not spending the amount of time in them that they were, so it’s just a tool to get to meetings. This will put pressure on our grey fleet management, but we already have a very robust process for that.”

Another area which caused Stericycle concern during the early part of lockdown was getting suppliers to resolve issues in a timely manner.

“We’ve built up good working relationships with our account managers and they know everything about how our organisation works,” says Paul Brown.

“When they were placed on furlough, our appointed contact was then a team leader who didn’t understand the nature of our business, and we saw LCV and HGV teams merged.

“This meant we had people who probably knew vans inside and out taking calls that were related to HGVs and probably didn’t know what a 40-ft double-deck trailer with a three-quarter tail-lift and charging packs was. The HGV team would have known that.

“So that created a bit of pressure and some of the transport managers were getting a little wound up when constantly having to explain themselves twice over to suppliers.”

Brown says unsolicited contact from suppliers touting for business “really got up my nose”.

“I was constantly bombarded with calls,” he adds. “They may have been doing this for the right reasons, but these were companies that we hadn’t dealt with and it just become a real pain that every other phone call was some leasing company or short-term hire company trying to sell its services.

“It got to the point where I even posted about this on Linkedin and said that if we need vehicles, we will contact you.”

Fleet managers are being warned that some drivers are finding it a struggle being behind the wheel again after not having driven, in some instances, for several weeks.

Coronavirus: How fleets are coping and what are the learnings for the future

Lower mileages during the lockdown and an increasing likelihood of more people continuing to work from home means electric vehicles will come out of the crisis in a strong position, according to fleets.

The use of fleet management software is now back to pre-coronavirus crisis levels, according to FleetCheck.