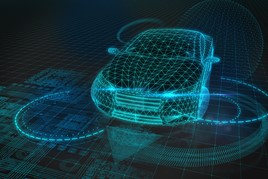 Connected and autonomous vehicles (CAVs) have the potential to disrupt many operations, not least the private hire sector. Some commentators predict that robotaxis – driverless pods – could effectively replace human-driven taxis, while ride-hailing services such as Uber may end pre-booked journeys.

However, rather than trying to fight against any change in the hope of maintaining the status quo, Addison Lee, which has 5,500 private hire vehicles in London, has become heavily involved in exploring and developing autonomous vehicle (AV) technologies.

Most recently it has been selected to lead a £15 million Government-backed consortium to launch AV services in London by 2021.

The consortium, which also includes Oxbotica, DG Cities, Nominet and Immense Simulations, has won funding from the Government’s CAV 4 programme to introduce 15 AVs in the capital from 2021.

The project will build on the Merge AV ride-sharing research exercise carried out by a number of the consortium members in Greenwich and follows Addison Lee’s recent partnership announcement with Oxbotica and its AV mapping exercise in Canary Wharf.

Pilot projects are planned to be on the road towards the end of 2020, and “if certain criteria are met from a customer, commercial and city perspective at the end of those projects, then Addison Lee has committed to launch these services”, says Catherine Hutt, mobility innovation lead at Addison Lee.

“We know already from the research we’ve done that our core business will remain, so, for us, looking at this new technology is very much looking at new markets, potentially looking at new services offering new solutions to the city.

“It opens up a whole new world for us, so it is a really exciting time.”

Hutt also talks about Addison Lee’s approach to CAVs, as well as potential barriers to the uptake of new technologies.

Catherine Hutt: We are fully supportive of the clean air agenda. We think it is the right thing to do and we have been looking at electric vehicles for a long time now.

However, we face three key challenges.

First is cost: we don’t expect parity with diesel vehicles, but EVs have got to be commercially viable.

Second, and more importantly, is that the EVs fit with the Addison Lee duty cycle.

We do 120 miles a day, we need the vehicle to have enough luggage capacity and we need the interior to be of a premium standard, but there isn’t a vehicle out there yet which fits our requirements perfectly.

The third challenge is infrastructure. Our drivers take their vehicles home at night and many don’t have off-street parking or access to on-street charging, so that poses a real challenge and means we need a rapid charger network in London.

We did some analysis a couple of years ago and an independent report showed that for the private hire fleet in London alone, to go electric we would need 4,500 rapid chargers on the streets.

The mayor’s transport strategy has the ambition of having 300 rapid chargers by 2020, which is a start but we wish the target could have been a bit more ambitious because that is a real barrier to adoption for us.

It’s really important that we have rapid chargers as opposed to any other type of charger because it’s unfair of us to expect our drivers to have any idle time during the day as that really penalises them.

FN: How are you using increasing vehicle connectivity in your fleet operation and how do you see that evolving?

CH: The connected car is massively exciting for us and has far fewer barriers to adoption than electric vehicles.

We see this as a win-win-win situation: for the passenger, for the driver and for the city, who we see are our three core customers.

We are using our own connectivity tools to help us with predictive maintenance so we know when a vehicle needs a service, which means the driver has less downtime and more earning power.

In the same way, when a driver wants to go home at night we can allocate jobs which takes them towards their home, which means we are avoiding unnecessary mileage on the roads.

This is good for the city and, of course, it means the service is more reliable and available for passengers, so it is a win-win-win.

CH: There is a lot of talk about going straight to fully autonomous vehicles and how it’s going to be great, and it will be, but we still think there will be a huge role for humans to play.

We carried out research where we looked at attitudes to AVs and ride-sharing and found that people were almost twice as likely to trust an AV – technology they know pretty much nothing about – than get in a ride-sharing vehicle.

There was a real reluctance to share a space with another human being, but they will trust technology, so that is a hurdle which will need to be overcome.

There was also a lot of reliance in having an on-board steward, so we think there is definitely a place for that human being to remain.

Maybe that driver becomes a concierge, childminder, babysitter, doctor or something else, but there is still a role for them.

We also know that we might need solutions for different user cases and we need to preserve customer choice, so there might be completely autonomous mass market solutions in certain locations, but there will still need to be services that have a human element in other instances. 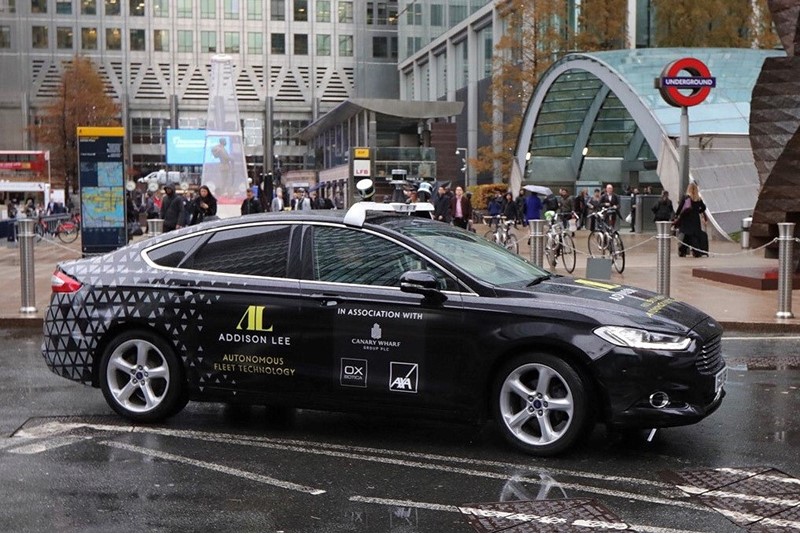 Despite the growth in demand for mobility as a service, Hutt says Addison Lee’s immediate focus will continue to be on pre-booked journeys.

“However, every year we carry a million passengers on airport runs in London, which by their nature are pre-booked, so these types of journeys still happen and they will in the future as well.

“For us, while there are certain consumer behaviours evolving, pre-booked journeys are perhaps our core business so we will be making continuous improvements to make sure that our service gets better and better.”