Claire Evans, head of fleet consultancy at Zenith, gives an insight into the choices fleet managers can make to reduce tax bills 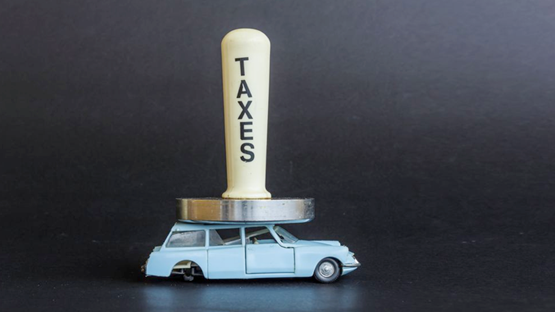 The next few years will see many tax changes introduced by the Government that will push fleet operators to focus on policy choices if they are to protect themselves against potential cost increases.

The combination of Brexit, continued efforts to control public spending (with an increasing environmental focus) and tax changes have left fleet managers with mixed messages on what to do with their fleets, as cost control is no longer as simple as picking a low CO2 car.

As of April 1, 2017 there has been a shift in the Vehicle Excise Duty (VED) structure that moves the standard rate away from being CO2-based to a flat rate of £140.

The changes impact the lowest emitting cars most with a 99g/km low-cost car seeing a £11.25 per month increase over a four-year term.

The new regime is in apparent conflict with historic tax policy to incentivise drivers into lower emitting cars. Fleet managers need to be particularly wary of employees adding options to cars which could take it above the £40,000 threshold and bring additional cost.

Optional remuneration arrangements legislation has also been introduced this year, and, again, it goes against low emitting cars (with the exemption of ultra-low emitting cars with CO2 of 75g/km or less).

It impacts salary sacrifice cars and company cars with a cash alternative and has seen much debate since the consultation was issued in August last year.

The new legislation moves the benefit charge on cars to be the higher of the company car benefit or the salary sacrifice/cash allowance amount.

Cars most adversely impacted will be the cleanest petrol engines that we have seen feature more heavily in the market in recent years.

Analysis completed by Zenith on available vehicles shows salary sacrifice drivers who choose petrol cars with emissions between 76-100g/km post-April 17 will be £22 on average worse off a month.

The cost increases can be avoided by employees if they shop around and consider the full variety of cars available to them. An alternative model or different fuel type could offer better value for money under the new arrangements.

The legislation changes will impact those with a high level of cash allowance that trade down to a cheaper more fuel-efficient car but do not receive a trade down payment from their employer.

With employers keeping a keen eye on fleet costs they could see an increase in employer’s National Insurance costs as a result of this change.

There are three steps companies should take to mitigate against any potential cost increase:

Step one – work with your leasing company to understand the cost implications on your current policy.

Zenith has modelled the impacts for its customers. The impact will differ for each employer and will depend on the level of cash allowance paid and the car choice.

Companies offering high cash allowances and low emission, low-cost company cars will see the greatest impact. Longer term, with the exemption for ULEVs, fleet operators should monitor the availability of cost-effective cars in this category to ensure cost efficiency.

Step two – consider your policy of offering cash to all employees. Most high mileage drivers will be better off picking a company car rather than taking the cash offering and sourcing their own vehicles.

Removing the cash option from these employees means they won’t be impacted by the changes. Alternatively, fleet managers can give their employees the option to contractually give up the entitlement to a cash allowance.

Step three – using wholelife cost, which includes the impact of the changes on employer’s National Insurance (NI), can help fleet managers pick the most cost-efficient cars where they use a choice list or control the costs where there is open choice by setting the correct entitlement levels.

When reviewing car choices, fleet managers should be aware of the role employer’s NI costs play on the total cost of a car.

A two percentage point company car tax (CCT) rate increase in April 2017 is followed by two further year-on-year increases that will see CCT percentages increase by seven percentage points in the next three years for a typical fleet car.

Even the lowest emitting cars are seeing some steep increases in the short-term with electric cars seeing a nine percentage point increase in CCT rate.

However, the introduction of 11 more CCT bands for low-emitting cars will mean either no increase or a reduction in CCT rates from 2020.

Fuel choice will start to play a more important role in fleet selection when looking at cost control, for example the BMW 330e plug-in hybrid will have an employer’s NI cost that is 40% cheaper than its nearest petrol or diesel equivalent of the same range in 2020.

It’s important to note that a change in the CO2 threshold for companies to take advantage of the main 18% rate of claiming capital allowances for cars bought outright is dropping from 130g/km to 110g/km from 2018.

Fleets should look to consider any CO2 caps they have in place and with an increasingly varied range of cars available below 110g/km, consider using that as a benchmark for setting policy.

This also has implications for fleets that lease cars. A car between 110g/km and 130g/km will typically see a £6 increase per month in rental cost (if the leasing companies pass on their additional costs of claiming capital allowances at the lower 8% rate to fleets), from April 2018.

Fleets should also review the insurance groups of cars because insurance premium tax (IPT) is rising for the second time in a year to 12% from 10% in June 2017. Generally, this is not factored into the wholelife cost of cars.

But, if the rate of IPT continues to rise, the insurance group of cars should start to be something fleets consider moving forward.

It is more important than ever for fleet operators to understand the costs based on a total wholelife cost model over the term of the vehicle.

The most efficient cars on the fleet in 2017 may not be the cheapest options from 2018 and beyond.

A regular review of policy is required for fleets to maximise cost-saving opportunities. As an example, introducing ULEV cars when company car tax rates show a reduction for the cleanest cars and when the market has the right car for the requirement.

It may be tempting, with all these changes, for fleets to consider offering cash where there is not a business need for the car.

However, with a competitive recruitment market, the value employees place on the company car should not be underestimated.

In addition, many of the changes mentioned will also raise the cost of cars in the retail market and, in turn, this will put pressure on fleets to increase cash allowances.

Before making wholesale changes to policy, employers should complete a robust comparison of the cost of cash against the cost of providing a car.

Analysis should include the full costs of cash, such as increases in expenses for business travel or increases in fuel costs and downtime, which result from cash takers typically choosing older, less efficient vehicles.