Dirty vehicle exhausts: a common crisis with a variety of solutions

If there’s consensus between national governments, local officials and vehicle manufacturers on the scale of urban air quality issues, their proposed solutions vary widely in the face of ever-increasing traffic volumes.

Across the continent, city authorities are wrestling with the same problems of air pollution and congestion.

In London, for example, Brixton Road had exceeded its annual limits of nitrogen dioxide for 2018 by 31 January.

For legislators, however, the problem lies not with future vehicles but with an ageing vehicle parc and immediate public health dangers.

Emboldened by the dieselgate scandal and faced with a legal requirement to tackle pollution, authorities are now proposing a raft of initiatives to clean city air.

The ramifications for fleets of these carrot and stick policies are significant, with the added concern that a lack of consistency in approach could see some vehicles accepted in one city but barred in another.

At a series of roundtables in cities earmarked for Clean Air Zones (CAZs), fleet operators have voiced fears that local authorities will go their own ways.

“We need consistency between CAZs throughout the country,” said one operator. “Signage, charges and system operations should all be common between CAZ cities in order to reduce disruption and confusion on the part of fleet operators.” 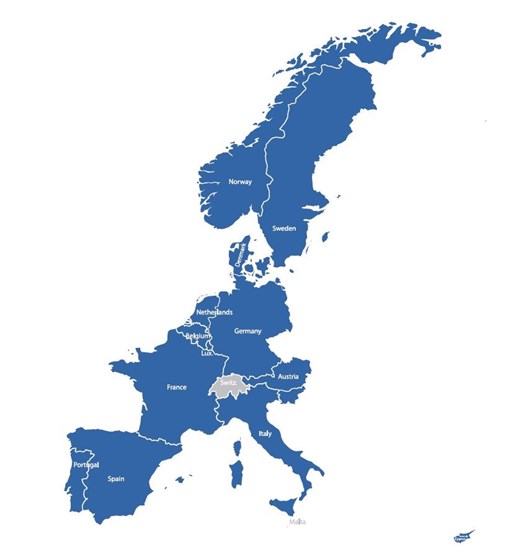 What different European cities are doing

A low emission zone started on January 1 at the heart of the European Union, and will ratchet up over the next seven years.

This year, only Euro 2 diesel cars are caught in its crosshairs, but by 2025 Euro 6 diesel and Euro 3 petrol will be barred.

A series of car-free areas, traffic bans on some streets and the conversion of streets to one-way traffic have been introduced to stop through traffic. Authorities want motorists to use the city ring road.

Not a city but the A12 route through the mountains, which at times of pollution has the flexibility to introduce air quality-based speed limits, a ban on overtaking, a night driving ban and a night speed limit

Cars that want to enter the port city during a period of smog will be controlled by Crit’Air stickers which rank vehicles by their Euro ratings.

Vehicle restrictions tighten rapidly in periods of high pollution. If air pollution limits are exceeded for three consecutive days, vehicles must meet Euro 3 standards to drive between 07:30 and 20:30.

The low emission zone, ‘zona de bajas emisiones’, includes a policy that increases parking charges dependent on how centrally drivers want to park and the emissions of their cars.

At the vanguard of the move to electric vehicles, the Norwegian capital also has a series of disincentives for the drivers of internal combustion engines, including a congestion charge determined by a vehicle’s Euro standard and fuel type, as well as the time of day and distance driven. The charge is waived for electric cars.

Fleets are rethinking vehicle choices as a result of an increase in BIK tax and vehicle excise duty based on new vehicle engine testing standards.

The Environment, Food and Rural Affairs, Environmental Audit, Health and Social Care, and Transport Committees have published a joint report on air quality.