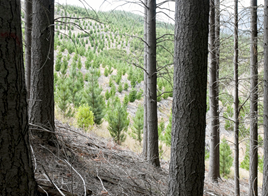 Fleet decision-makers are facing continual pressure to reduce emissions and the environmental impact of their vehicles.

Some fleets have achieved average emissions as low as 97g/km.

Carbon reduction can often be achieved through improving vehicle technology and adopting car procurement policies which are incentivised by the CO2-based company car tax regime.

But, if fleets want to go beyond adopting cleaner vehicles, what else can they do to reduce their impact on the environment?

One option is to participate in a carbon offsetting scheme. These have been in existence for a number of years and usually ‘offset’ the carbon footprint of a business through issuing credits, which are then spent in projects and schemes designed to support the environment and capture carbon, such as planting trees.

For fleets, the majority of carbon offsetting programmes work by calculating the CO2 produced based on the amount of fuel bought.

Mike Capper, business development manager at BP Target Neutral, says: “We would always encourage businesses to reduce their emissions as a first plan of action.”

He says monitoring emissions is the first step to effective reduction and the introduction last year of the Energy Saving Opportunities Scheme (ESOS) for large private sector businesses is helping many become more aware of their environmental impact and how they can reduce it.

“But carbon offsetting has its place where business and economic reasons make it difficult to reduce your footprint further,” adds Capper.

“We started monitoring the carbon footprint of the whole business in 2000 to understand our environmental impact. By 2013, we’d managed to cut our emissions by 78%,” she says.

“You reach a point where the easy wins are no longer there – that’s where offsetting came in. The area with one of the most visible impacts to our customers was our fleet.”

Grundon, which operates around 490 vehicles – 80 of which are cars – provides fuel reports to offsetting firm CarbonNeutral, which then calculates the amount of carbon that needs to be offset.

“We chose to go with CarbonNeutral because of the people we dealt with and the variety and type of projects we could choose to support,” Robinson adds.

Grundon puts its credits towards a tree planting scheme in Uganda which has been in operation since 2003.

More than 4.5 million trees have been planted in 691 villages since its launch, reducing soil erosion and improving wildlife. “We made a decision to invest in a single project,” says Robinson.

Robinson and a representative from CarbonNeutral visited the project in 2014, six months after Grundon began supporting it. “We became one of the largest backers, and feel like we have a connection to the community we are supporting,” she said.

BP has recently launched its fuel card offsetting programme in the UK, which calculates the cost of carbon on a pence per litre basis. This is then added to a fleet’s monthly invoice.

Capper says: “We have to make it as simple as possible for our customers to take action and reduce their carbon footprint.

“By calculating the impact in this way, fleets can also choose to partially offset their emissions if they wish.”

The company operates its programme on a not-for-profit basis, and fleets will generally contribute collectively to a portfolio of projects the fuel giant has chosen to support.

Capper adds: “Choosing the projects is not just about CO2. We measure and select based on environmental, economic and social impact in the areas the projects are based in.”

Fuel card company Allstar partnered with Forest Carbon to deliver its scheme, named Ecopoint. The programme launched in early 2015 and now has around 160,000 cardholders subscribed – a little more than 10% of the company’s customer base.

Susannah Todd, product manager at Allstar, says that fleets have the choice to offset 50% or 100% of their CO2.

“We calculate the amount of fuel used per month across the fleet, then average that out to determine a monthly charge per card,” she says.

Stephen Prior, director at Forest Carbon, adds: “We then take the pooled contribution and invest this in woodland projects around the UK.

“All the projects are quality assured and we can calculate the amount of trees that need planting dependent on the species mix.”

Since its launch, the Allstar programme has allowed 1.3m trees to be planted in the UK, with a further 250,000 planted abroad – in total covering nearly 2,800 acres.

Allstar customers can also receive a certificate every year, which shows how many trees their carbon contribution has been responsible for planting – and can help a company with its corporate social responsibility obligations.

For those operating salary sacrifice vehicles, car provider Tusker has integrated carbon offsetting into its offering.

All salary sacrifice vehicles on the leasing company’s risk fleet are now carbon neutral, with no additional cost to the customer. The firm calculates the amount to be offset from the mileage profile and vehicle CO2 emissions, rather than actual fuel usage.

Candice Oosthuizen, Tusker head of marketing, says that over the three years most vehicles are on fleet, the company will offset seven tonnes of CO2 per vehicle.

“Our online portal lets the driver choose one of three projects to offset their mileage against. All are in developing countries such as Indonesia, Chile and India, and include wind, landfill reduction and hydropower projects,” she adds.

Oosthuizen echoed the views of Grundon’s Robinson, saying that when drivers and businesses feel a connection to a project it is easier to understand its positive impact.

To date, Tusker’s programme has offset 107,000 tonnes of carbon.

The scheme, which has been in place for the past three years, means the staff benefit reduces emissions by offsetting as well as moving drivers into more efficient vehicles.

Tusker logs emission reduction from the previous vehicles run by its salary sacrifice drivers – the average sees a 41g/km reduction in vehicle emissions.

It is not just fuel usage that can be offset – with vehicle manufacturers looking to reduce emissions and CO2 at every stage of the supply chain.

For example, since 2007, British car manufacturer Jaguar Land Rover has offset 100% of emissions generated from the manufacturing process in its UK facilities.

The company offset 364,696 tonnes of carbon emitted in the manufacturing process in 2014/15, and has also worked to reduce the emissions generated per vehicle. They now stand at 0.73 tonnes per vehicle built, a 30.5% reduction on the figure emitted when the offset programme began nine years ago.

The rise of ultra-low emission vehicles means that, over time, fleet emissions are likely to continue falling – so the level of carbon to be offset will also reduce.

That said, it is likely to be a while until fleets are zero emissions. Carbon offsetting is set to have its place for many years to come.