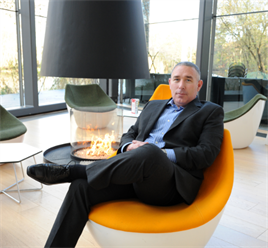 Procurement often gets a bad rap in fleet. Leasing companies frequently bemoan their narrow-minded fixation with price, while even fleet managers complain about a lack of understanding when it comes to establishing strong customer-orientated relationships.

Total cost of ownership? Ignored in favour of ‘lowest price wins’. However, while there are certainly examples of this type of thinking, there are also plenty of procurement-led fleets which are exceptions to this interpretation.

Michael Zammit is the EMEA (Europe, Middle East and Africa) category manager for procurement at Astellas Pharma. He has a 25-year background in procurement but, for the past seven years, has also been involved in managing the company’s fleet.

Zammit looks after the commercial risk relationship with manufacturers and leasing partners and is the conduit to the 25 end markets within the region, several of which are overseen by a fleet manager, including the UK.

“It has been highlighted as an area of high expenditure and it is also very emotive – it’s a promotion and retention tool in our industry,” says Zammit.

His introduction to fleet was “a baptism of fire” for the first  couple of years, spent learning about vehicle technology and understanding which cars were fit for purpose – for both the business and its employees.

“We look at the total cost of ownership arguments, but we also need cars that are acceptable for our employees to drive; cars which will be seen as a retention tool,” Zammit explains.

Progress was initially slow, not least because each country operated its own policy in isolation. Most leased their vehicles, almost every manufacturer was represented, there was no co-ordination with supplier partners, no guiding document and no real structure.

“Costs were high and we had no strategy for the business,” says Zammit. “And we had 3,000 cars in Europe.”

It took him “eight to 12 months” to understand the business – the vehicles it had, its expenditure and its relationships. Then, in discussion with key stakeholders – primarily the European management team – he began to identify what kind of fleet the business wanted.

The strategic fleet policy is now centralised, but activities are de-centralised. It is adopted by each country with some mandatory elements and others that they can choose themselves dependent on what works best, from the perspective of the local tax regime, regulation or employee needs.

The biggest organisational change was to move from individual country management under a general manager or finance director, to a regional structure of three senior vice-presidents (SVPs).

Meanwhile, the European management team is now called the fleet approval committee (FAC) to ensure they have total ownership of the fleet for the entire business.

“Now we go to the FAC with new project proposals and if it agrees then the regional SVPs will go and tell their countries what they are doing,” Zammit says. “The message comes from a higher level so we get buy-in at an early stage.”

The strategy has three pillars, each aimed at ensuring Astellas Pharma has a fleet that is fit for purpose. The first is to give employees cars that are fit for their job and that are seen as retention tool. Second, to have policies that provide clear guidance to each country about what they can and cannot do. Third, to buy vehicles at a good price with visibility of cost.

In order to reclaim control over the fleet management operation, Zammit has initially restricted the amount of autonomy each country has to make its own decisions.

For example, after analysing the figures, Astellas Pharma decided to continue leasing its vehicles as “the cheapest option for us – we aren’t into buying and selling cars”.

“The decision was uniform procurement with one policy. We wanted everything back into one basket so we could start controlling it,” Zammit says.

“But we recognise that one policy doesn’t fit all, so once we regained control we could then adapt the policy to suit each business.”

The policy is mandated in each country with funding provided by one (or both) of the two leasing companies with which Astellas Pharma has a European agreement, ALD and Arval.

“All our business goes through them. We agree a management fee and the cost for associated services, fine management and index on the interest rate they are going to use and the profit margin on that interest rate and that is all passed to each market,” says Zammit.