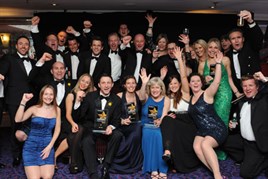 BMW celebrated its third consecutive fleet manufacturer of the year victory at this year’s Fleet News awards as well as doubling up on the reader-voted categories with the 3 Series, named new company car of the year.

That takes to 11 the total number of trophies the company has collected in just three years, recognition of excellence in model design and development and, in particular, technology through Efficient Dynamics.

Fleet News: Efficient Dynamics has been a great success story but is there a risk that, with all the focus on efficiency in recent years, you start to lose the message about BMWs being drivers’ cars?

Steve Chater: We have gone so far on Efficient Dynamics and fuel consumption that we have almost forgotten about the ‘Ultimate Driving Machine’.

This is still our heartland, but it’s about the combination of power and consumption – we need to demonstrate that we can deliver on both.

FN: With the launch of the i3 imminent, do you believe fleets really are ready to accept electric vehicles?

SC: We’re seeing a change. Customers are saying ‘how do I get it on to my fleet and where does it fit?’.

There is greater understanding that if the car is driven in an effective manner that you can make savings of thousands of pounds, especially in London.

The biggest concern for customers is charging and we are dispelling the myths by providing knowledge of the Type 2 charger with the i3, demonstrating options for home and public charging, and for corporate charging.

We can provide the expertise and put fleets in touch with the relevant bodies, such as leasing companies or charging providers to provide support and consultancy.

It’s been a seven-year journey for us to get to this point of launch. We’ve looked at all the barriers and we believe there’s a solution to every one – we’ve thought of everything.

FN: You are making a DC rapid charge option available – what will be the cost?

SC: About £500, but we believe a lot of leasing companies will reflect the positive position of rapid charging in their residual values so it won’t be fully charged in the rental rate – some have already done this with their pricing.