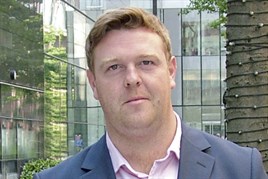 For the UK’s largest mini-cab company, being ‘green’ is not just about cars, but is an integrated part of the company ethos that filters down all the way from the board to the account managers and drivers.

This year’s Green Fleet of the Year winner believes it has to take responsibility for tackling environmental issues and has invested millions while taking a lead on new initiatives and technologies to help drive the green agenda.

And it shows – in terms of air pollution, the benchmark Addison Lee car, a Ford Galaxy, emits 154g/km of CO2, a third less than a traditional London black cab (233g/km).

Lee Wickens, CSR and quality manager at Addison Lee, believes companies have a responsibility to the environment and more should be done to encourage greener technologies.

“Communication and consultation is key to driving the environment forwards. Without telling people that there is a problem we cannot work together to put it right,”he says.

As well as continuing to reduce the company’s environmental impact, Addison Lee is also working with a number of organisations to help improve air quality and overall pollution in and around London.

Despite the company’s growth over the past 12 months and the fleet increasing to 4,500 vehicles, its targeted 10% CO2 reduction per journey has still been reached, a stand-out achievement.

Fleet News: There are many initiatives Addison Lee that has been involved in – is there a point when you run out of things you can do?

Lee Wickens: In the old days all we were talking about was carbon offsetting. We thought, like many companies, that we were doing good for the environment. Then last year we took a shift on view.

We offset years ago and we don’t really believe in it now so we decided to concentrate on other areas like nitrogen dioxide, nitrogen oxide, particulate matters and tyre particles. We needed to focus on all this other pollution we were putting out there.

At the moment, we are about 99.9% fully recycled, which is good, but we still have around 600 tons of waste each year which we want to get rid of.

I know it is impossible to have zero waste but it is always going to be our aim. While we have waste and produce co2 emissions, we still have work to do.