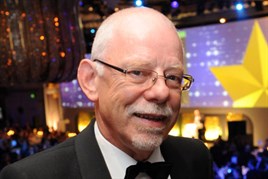 David Graham tells a story of his introduction to fleet management at E.On which rings true for many fleets, both large and small.

It relates to accurate data and the need for fleet managers and companies to hold all the facts about their vehicles in order to devise robust strategies.

“When I applied for the job I was told the company had 3,000 vehicles,” he says.

“It needed someone to pull the business and strategy together so I started to build a fleet list. It actually had 7,200 vehicles.”

This scenario is replicated in fleets the length and breadth of the UK – and probably globally.

The simple question of ‘how many vehicles do you operate?’ frequently results in guesstimates or a rounding up or down of the figures.

E.On recognised its shortcomings and put a structure in place to address them; many others are still operating in a data and knowledge void which restricts their ability to control cost.

Graham brought to E.On a career built on banking at Lloyds Bank and, latterly, leasing at Pendragon Contracts and Masterlease.

He spent five years at E.On before retiring last year, although he remains open to “fresh challenges”.

Fleet News: It took you around four months to establish exactly how many vehicles E.On was operating. What were the initial steps you took to control cost?

David Graham: I needed to establish lines into other departments in order to have a policy to address costs.

A lot of the cost is below the line so I presented the financial argument for policy change.

I set the challenge for all line managers to show their budget lines that added up to the fleet cost.

They could only find two-thirds of the cost.

That’s because around a third of fleet cost is unmanaged as it’s no-one’s responsibility. This is where you have to assume ownership.

FN: And how did you assume ownership?

DG: By understanding the business objectives and impact on the vehicles and the expenditure.

For example, the environmental impact was a priority at E.On in 2007 so it’s about understanding how to bring that into the fleet policy.

If your priority is to reduce cost, which for many fleets it is, you have to understand the impact on cost of making changes, such as not replacing cars .

How does this impact on the grey fleet, on control and health and safety? Who is looking at all these areas?