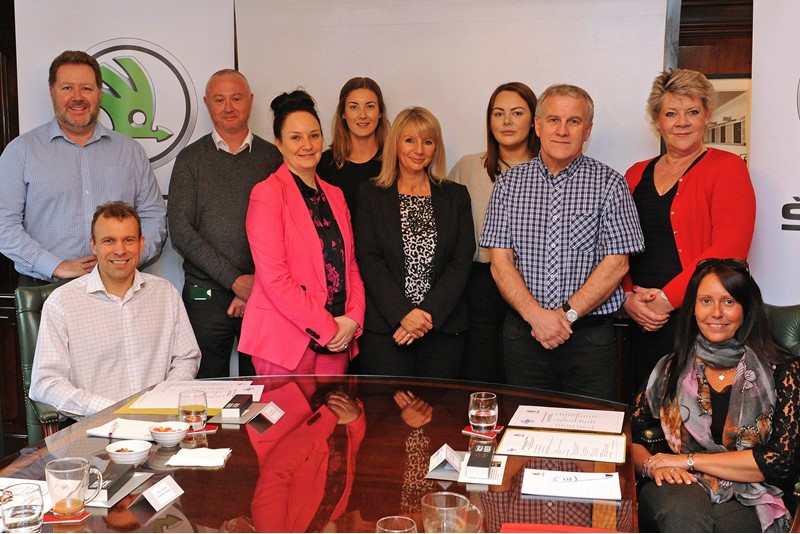 Fleet decision-makers shared how they have adopted new ways of funding their vehicles and made significant savings when they attended the recent Fleet News Awards roundtable, sponsored by Škoda UK.

The methods discussed include car clubs/corporate car sharing schemes, using a panel of funders and revisions to employee car ownership (ECO) schemes. The latter was prompted by the OpRA (optional remuneration arrangement) regulations, introduced in 2017 by HMRC.

Fleet operators have also been under pressure to look at new operating cycles as a result of London’s Ultra-Low Emission Zone (introduced on April 8 this year).

Fleet News: What initiatives have you introduced to your fleet within the past two years?

Mandi Nicoll, fleet manager, Schneider Electric: We operate a blended scheme which is ECO predominantly, but we were forced to revisit how we funded that scheme due to OpRA and the removal of the flexible remuneration part of the scheme. We went through three consultants. It was difficult with HMRC because even their technical department didn’t understand their own provisions of OpRA but, eventually, we were one of the first companies in the UK to get an approved scheme last year.

We didn’t want to lose the savings we got from ECO or for it to cost any more to have. Because it’s quite a complex scheme it needed to be simplified, payslips needed to be simplified and not cost the driver more so there was a long agenda to implement. It went fairly well. We’ve got 1,300 company cars in the UK, we saved £2 million a year when benchmarked against a traditional contract hire scheme. Our scheme is based on benefit-in-kind (BIK) so the contribution from the driver is more or less equivalent to BIK although it’s a constant contribution for four years.

Tracy Turbitt, senior buyer, Schneider Electric: Because of the increase in BIK over the next three years we’re implementing ULEVs (ultra-low emission vehicles) so we maximise the tax efficiency and retain the £2m saving. Our company is all about sustainability and, hopefully, more drivers will take ULEVs.

FN: How else will you optimise the scheme?

Tracy Turbitt: For the ECO scheme to work efficiently, the drivers need to be regularly submitting their mileage capture. If they don’t do that they can’t optimise the AMAPs (approved mileage allowance payments) within the scheme and we have to make more loan payments. We use TMC for mileage capture and we’re looking at telematics as that will feed directly into TMC and remove the need to for the driver to submit their mileages.

FN: Has anyone else made changes to the funding of their fleet?

Sarah Gilding, head of vehicle fleet management, South Yorkshire Police & South Yorkshire Fire and Rescue: We’ve implemented a car club where the vehicles are rented long term. One of our specialist areas had asked to increase the number of their vehicles because of the number of staff they had but, by implementing a car club, we’ve been able to stick with the same number (of vehicles) as utilisation is really good. That’s probably saved in excess of £200,000 on its own.

FN: Was the car club straightforward to introduce?

Sarah Gilding: It was. It was just about getting the message across to people and trying to change the culture of drivers who have got the keys and keep the keys with them and think it’s their vehicle. By doing quite a number of different communications with the staff and looking at the data to see who was booking vehicles and not using them and feeding that in we improved the utilisation by about 80%.

Justin Patterson, head of operations, Addison Lee: One of my biggest challenges in the past 12 months has been funding. We replace probably 1,700-2,000 vehicles a year so quite a large amount of capital is required. I’ve introduced a funding panel by bringing together three leasing companies and three asset finance banks and we order the vehicles in batches so I’ll give them three months’ notice that I need 300 or 400 vehicles. I spec them, buy them and work the panel in terms of residual value (RV) positioning. We can choose if we wish to sell the vehicles at the back end and also within the agreement we’ve negotiated that we will return the RV. So if, for example, you have £200 impact of RV because we’ve hit the vehicle we’ll make good that £200.

It’s worked well, although there have been some challenges. Each bank and each leasing company will have different targets so some months and some quarters they’re really keen, others they’re not. If you want things to be steady in terms of knowing what your funding rates are going to be and who you are going to be with I wouldn’t recommend the model. But in terms of savings we’ve had multi-million pound savings because each single vehicle is competitive.

FN: How do you ensure drivers keep the vehicles in good condition?

Justin Patterson: Most of our fleet, 4,500 of 5,000 vehicles, we rent out so the majority of our drivers are self-employed. They lodge a deposit with us which covers things like damage and, therefore, we’ve got a mechanism of recharge. We also operate under a regulatory environment in London with TfL (Transport for London) and PCO (Public Carriage Office) requirements are much more stringent than the MOT so things like unsightly bodywork is a fail. We can’t have scratches and dings and that’s one of the sells back into leasing and the banks – we will give them back a Cap-clean vehicle.

FN: How time consuming it is to manage the scheme?

Justin Patterson: It’s certainly time-consuming. We’ve run through quite a change of fleet and we’re preparing for further huge change in the coming years. The challenge we had this year, and will have for the next three years, is that the majority of vehicles operate within the TfL environment and we’re now in the first of ULEZ so all vehicles need to meet Euro 6.

Then, from next January 1, any newly registered vehicle operating in London needs to be sub-75g/km and 20 miles zero emissions capable – basically a plug-in hybrid of some description.

By January 2023, regardless of age, they’ve all got to be sub-75g and 20 miles zero emissions capable.

So, by the time we get to the summer I can’t order any more vehicles that have a traditional internal combustion engine because I’m going to be beyond my three years, unless I reduce the term and that is an option.