This editorial feature appears in the April 25, 2019 issue of Fleet News and is sponsored by Hitachi Capital Vehicle Solutions

Brexit is casting a long shadow over the fleet sector. Operationally, it is business as usual for most companies, but for fleets and their drivers it is creating widespread uncertainty due to the suffocating impact the protracted negotiations are having on Government – and specifically Treasury’s ability to make key decisions.

Company car taxation rates have been published only until tax-year 2020/21. Anyone taking on a company car today, with a typical four-year replacement cycle, will have no idea what they will be paying in benefit-in-kind (BIK) tax for the final two years.

The sector was anticipating an announcement about future rates in last year’s Budget, with the expectation of a change in the thresholds to take into account the effect the new WLTP emissions testing regime was having on reported CO2 emissions.

That didn’t happen. Instead, Chancellor of the Exchequer Philip Hammond told the House of Commons he would defer a decision on company car taxation until his spring statement in March following the launch of a consultation.

The consultation ended in February and the statement came and went with little more than an acknowledgement and a promise to issue a response “in the coming months”.

The inaction stems from the fact that officials have not had a chance to adequately brief the Chancellor on WLTP, its expected impact on official CO2 emissions and the views from industry and environmentalists on the best way forward.

The upshot is a sector in limbo, with fleets unable to brief their drivers on their options, and drivers unwilling to choose their next car due to uncertainty over their future BIK liability.

It resulted in a 7% fall in true fleet registrations last year, and this has carried over into quarter one 2019 with a further decline of 8.4% (‘leasing/contract hire’ and ‘fleet other’ figures from the Society of Motor Manufacturers and Traders).

The majority of this decline comes from ‘fleet other’ – sales to end-user fleets, plus bodyshop courtesy cars and likewise registrations – down almost 15%; ‘leasing/contract hire’ fared better, with a smaller 1.2% dip.

Manufacturer fortunes in true fleet were mixed, with the best performances tending to come from those with newer models and efficient engines.

A positive among the greatly reduced activity is the growing interest in electric cars. Registrations of pure EVs increased by 53% in Q1 and, while some commentators zoom in on the fact that, at just fewer than 6,000 units, volumes account for just 0.9% of total car registrations, a lack of supply is hampering uptake.

Hyundai has sold out of the new Kona Electric and is now taking orders for 2020, and that picture is mirrored at Kia, with the new e-Niro. Both could sell more today if they could get greater supply.

With models destined for markets around the world, production is being stepped up to try to satisfy demand – note Volkswagen’s announcements to convert three plants to EVs over the next couple of years – but the bigger issue is battery supply.

A handful of Asian companies, such as Panasonic and LG Chem, dominate the market and some manufacturers report that additional supply in the short-term will come at a price – with batteries already accounting for 40% of the price of an electric car, any increase is not going to be sustainable for carmakers or buyers.

It is likely to be another two or three years before battery production is at a sufficient level to match demand.

When the profitable markets – private and true fleet (especially local business) – struggle, manufacturers get tempted by the rental market. Most resisted last year, with rental registrations falling 12%, but some returned to the sector this year, as volumes rose by 6% compared with Q1 2018.

This is despite most manufacturers claiming they were either reducing their penetration in rental or making no change; if their performance doesn’t match their plans, they could unsettle the market with an unscheduled flurry of model returns within the next 12 months, leading to an inevitable hit on resell values.

Similarly, the pricing guides and leasing companies will be unimpressed by such actions, causing them to lower residual value forecasts which will increase monthly leasing rates.

Here, we pick out some of the trends, looking at premium manufacturers and the traditional fleet stalwarts. In the Q2 analysis, in the July issue, we’ll put the spotlight on the up-and-coming brands and the French carmakers.

In recent years, the German trio (Audi, BMW and Mercedes-Benz) have started to dominate fleet, thanks to pricing policies, strong residual values and efficient engines, which resulted in competitive total cost of ownership. They take three of the top four positions in the true fleet table.

Audi has taken the biggest hit – down 16.5% –mainly due to the knock-on effect of the brand’s slow response to the new WLTP testing, which came in for all cars last September. Supply is now freeing up, so expect its performance to improve during the course of the year.

BMW and Mercedes-Benz were largely on a par year-on-year in true fleet, although BMW has reduced its rental volumes. Mercedes-Benz has pumped an additional 800 cars into short-term hire, a rise of 14.6%, making it the second biggest contributor to the sector with 6,320 cars. Nevertheless, this accounts for a manageable 12% of its volume for the quarter, similar to BMW’s 11% but higher than Audi’s 2.6%.

Elsewhere, Jaguar enjoyed a 16% rise in true fleet registrations, but also put more cars into rental (from 712 to 1,453, a jump of 104%). This was partly tactical, a way to get more people to experience its cars, and now accounts for almost 13% of total sales.

The new Focus and Ecosport were the only moments of relief as Ford saw its registrations decline. True fleet fell 25%, but the carmaker resisted replacing lost volume with rental.

Ford’s historic sparring partner, Vauxhall, suffered greater Q1 reversals after a tough 2018, with true fleet down 55% (all in the fleet other category, with some due to a tactical withdrawal from courtesy car supply; leasing/contract hire actually increased).

Overall sales were level with Q1 2018 thanks to exceptionally strong retail performance, up almost 44% or 7,000 units.

However, Vauxhall appears to have reneged on its pledge to reduce penetration in the rental sector after eight years of taking such action. Its Q1 rental registrations increased by 41%, or more than 4,000 units.

Rental now accounts for 27% of its total volume, up from 19%, compared with an industry average of 10%; RV setters will be watching Q2 with interest to see if this is a blip or a more permanent shift.

Volkswagen, like its Audi sister brand, was affected by supply post-WLTP, resulting in a 12% reduction in true fleet registrations. It remains the second biggest seller, though, and the largest to the leasing/contract hire sector.

Arguably the manufacturer with the most successful first quarter across the board is Volvo. A host of critically-acclaimed models, such as the award-winning XC40, has seen it win business in the private and fleet sectors, with true fleet up almost 16%.

With very low registrations in the Motability sector and as in-house captives, Volvo has one of the highest true fleet and retail proportions of business. These two most profitable market sectors accounted for 83% of its total sales in Q1. 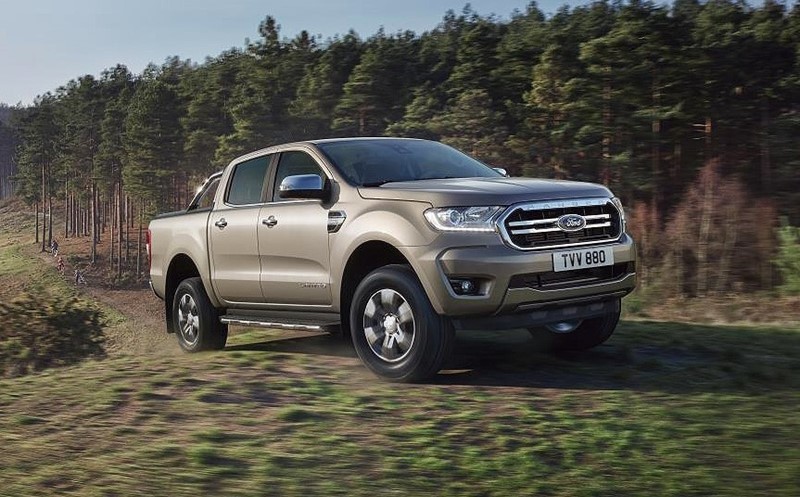 Registrations of light commercial vehicles broke through the 100,000 barrier in Q1, with a near 9% rise on Q1 2018 to 102,743, underlining the continued strength of the sector despite economic uncertainties caused by the ongoing Brexit negotiations.

It was largely a positive picture for manufacturers, with eight of the top 10 up year-on-year.

Mercedes-Benz saw the biggest increase, thanks to strong gains by Vito and Sprinter, while Vauxhall was buoyed by exceptional growth in Combo.

But it’s Ford which continues to dominate the LCV sector, with three times the volume of registrations of second-placed Volkswagen. Its Ranger pick-up (pictured), Connect small panel van, Custom mid-size and full size Transit are all segment leaders. 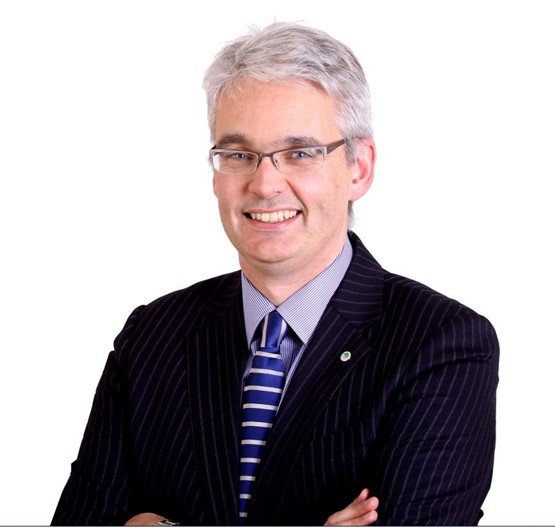 It’s no surprise that the success story of the past quarter is the rapid growth of registrations for alternatively-fuelled vehicles (AFVs). An increase of more than 14% in the adoption of AFVs shows there is clearly a growing confidence in electric, plug-in hybrid and hybrid cars.

To react to this shift in attitude toward electric vehicles and the arrival of more plug-in models, the Government must address shortcomings in charging infrastructure.

Support for a transition to green fleets must be a priority. As we have seen from our involvement in Optimise Prime, the world’s biggest trial of commercial electric vehicles, business is already rising to the challenge.

The success of AFVs is not the only good news from the past three months though. It has been a positive quarter for light commercial vehicle demand, with this segment seeing an 8.9% increase compared with the same period in 2018.

While Ford has, on the whole, benefitted across the quarter, continuing to prove itself as a trusted model across van and car sales, it has been a challenging end to the quarter for several other well-known brands.

Citroën and Volvo have bucked the trend, seeing increasing sales thanks to the introduction of new models.

It continues to be a challenging environment for the automotive industry with legislation and the looming spectre of Brexit still making an impact.

Environmental concerns are top of the agenda with the introduction of ULEZ and other clean air zones sure
to have an impact on already declining diesel sales.

There may be challenges, but it’s an exciting time with new technologies and innovation continuing to drive the industry forward.

FTA has called the Government’s Brexit draft agreement ‘a decisive step forwards in the process of the UK’s departure from the EU’.

A no deal Brexit could harm three quarters of automotive businesses in the UK, according to a new survey by the Society of Motor Manufacturers and Traders (SMMT).