Fleets and technology: How safe must an automated vehicle be? 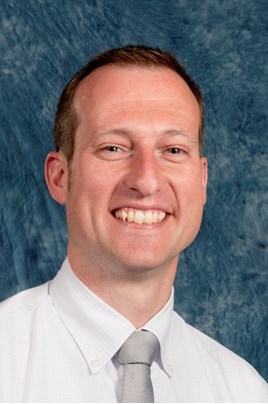 Sanctuary. When an intense day-long meeting ends, getting into one’s car can feel like a haven – safe from the daily grind of business matters. Company policies often dictate no phone calls are to be made when driving for safety reasons and the only distractions might be Test Match Special or Simon Mayo. One’s attention must be focused on safe control of the vehicle and successful navigation to the desired destination.

Automated vehicles might change this picture but in ways that are difficult to predict.

The past year has seen some striking announcements and partnerships in the rapidly evolving automated vehicle space. These include Volvo partnering with Uber on the development of automated cars; GM investing in Lyft with a view to developing automated ride-sharing services; Google spinning out its self-driving car division as ‘Waymo’ (a mobility service company) and Toyota investing $1 billion (£800 million) in a new research institute dedicated to artificial intelligence and self-driving cars.

In parallel, the UK has been advancing its ambitions to be a world leader in automated vehicle testing and development. This has included the development of a code of practice for testing automated vehicles, the creation of a dedicated policy unit to these activities (the Centre for Connected and Autonomous Vehicles), and funding support (matched by industry) committed to encourage research and collaboration in the advance of connected and
automated vehicles.

For our own part, we at TRL have made progress on a range of innovative initiatives including the Greenwich Automated Transport Environment project (Gateway), investigating societal acceptance of automation through trials of a range of vehicle types and the development of the Royal Borough of Greenwich as the UK Smart Mobility Living Lab – a dedicated urban environment for testing and accelerating the development of connected and automated vehicles.

There is huge momentum behind the development of automated vehicles to the extent the question is ‘when’ and not ‘if’ such vehicles will become common on our roads.

However, there is one key question: ‘how safe must an automated vehicle be before society will accept its use?’ The answer will not be easy to determine.

In its self-driving car programme, running since 2010, Google has completed more than two million miles of automated driving on public roads across four states in the US. This is a truly impressive feat with only one collision in which the vehicle could be said to have been at fault. How many miles would they need to complete in order to convince us that their vehicles are safe – five million? Ten million?

In the UK, the average distance driven between fatal collisions is around 180 million miles. It would take many years and many vehicles to reach this figure; if one drove at 60mph continuously, it would take more than 340 years to cover this distance. Even if it were achieved without loss of life, how many more miles would be required to be satisfied that vehicles were safe? Although the loss of life on UK roads is unacceptably high, these calculations give some indication as to the incredibly high level of safety and reliability we are expecting of automated vehicle technology.

To address the feasibility challenge of testing automation systems in the real world, Google (and others) has also been using data collected by its automated vehicles to generate simulation models of driving scenarios. These can be run faster than real time and their parameters varied to help understand how the automation systems will cope in novel situations. However, it is unclear the extent to which these simulation models have been validated.

In May 2016, a Tesla Model S operating in Autopilot mode was involved in a collision with a truck trailer that resulted in the death of the driver. The vehicle sensors failed to detect the white trailer against a bright sky when positioned across the path of the highway and, although the trailer would have been apparent to the driver for at least seven seconds before impact, no control inputs were made by the driver to try to avoid the collision. Consequently, the vehicle struck the trailer at 74mph, killing the occupant.

In January, the findings of the US National Highway Traffic Safety Administration (NHTSA) cleared the Autopilot system of any fault in the incident, noting that crash rates involving Tesla vehicles have fallen by 40% since Autopilot was introduced. The system requires the driver to be alert with their hands on the steering wheel and ready to resume control at all times, and, as such, Tesla could not be held responsible.

While shocking, this high profile fatal crash involving an automated vehicle did not diminish progress on the technology.

It will be some time before we have automated vehicles that can complete end-to-end journeys, and manage all driving situations in all weathers more safely than human drivers. However, it is also clear vehicles capable of operating in an automated manner in some driving scenarios are coming, that they are likely to deliver this capability at significantly lower risk than a human driver and this will free up time for the driver to engage safely in other activities.

Once this has been established, one might consider there to be a duty of care on employers to compel their employees to use such vehicles in their fleets.

Furthermore, manufacturers may start to use the automation capabilities of their vehicles to attain a competitive advantage over their rivals. This has echoes of fleet operators choosing to buy vehicles that achieve a certain Euro NCAP star rating for occupant protection.

When available, it may be deemed that employees driving for business are required to use automation functionality. Such a decision would be supported by TRL’s own research, which has shown that fatigue, time pressure and distraction are key risk factors for work-related driving.

There is, at present, a fierce struggle being fought over your visual and cognitive attention. For sound safety reasons, the days when one’s faculties must be slavishly and continuously devoted to the task of driving when at the controls of a vehicle may be numbered. That sanctuary provided by the car may soon provide another opportunity for employees to be productive or to catch up on rest, dramatically changing the way in which we think about work and travel. It is vital we think carefully about the benefits of automated vehicles but also what unintended consequences they may foreshadow.

Nick Reed became academy director at TRL, the centre of excellence for future transport, in December 2014. He joined the organisation in 2004, following the completion of DPhil and post-doctoral work in the Experimental Psychology department at the University of Oxford. Reed is also the technical lead for the TRL-led Gateway consortium, an innovative team specifically formed to demonstrate automated vehicle technologies in Greenwich as part of Innovate UK’s £19m investment into driverless car programmes.