Fleets in focus: Action for Children 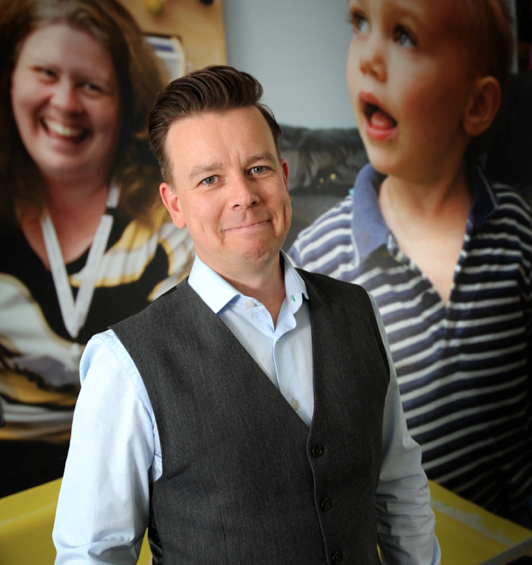 An inefficient fleet can slice money from a company’s bottom line, affecting profitability and cashflow in the short-term, and restricting its ability to be competitive in the longer-term.

For charities, an inefficient fleet can be even more serious – it limits their ability to help, protect and save lives.

Action for Children has reduced its annual fleet spend from £3.5 million to around £2.5m (including capital cost) in the four years since Matthew Chase was appointed transport manager. It’s money that can now be used to help vulnerable children.

Initially recruited as a consultant to consider future fleet policy, including whether the entire operation should be outsourced, Chase quickly identified a number of compliancy issues caused by the disparate nature of the charity’s business: 650 projects spread across the UK. His solution was to contact every project and request someone took responsibility for their local fleet.

His review also showed that outsourcing the fleet operation would potentially cost Action for Children hundreds of thousands of pounds, in part from loosening control over its 3,500 grey fleet drivers, who are scrupulously administered in-house. In addition, 2,000 staff are authorised to drive one of the charity’s 236 vehicles, all of which it buys outright, which requires firm management.

“Whatever happened, there was always going to have to be someone internally to be responsible for the fleet,” Chase says.

It ended up being him, ably supported by fleet controller Lucy Claughton; the subsequent savings they have achieved have more than justified that decision.

The first step in the fleet appraisal was to reassess the qualifying criteria for receiving a company car. The policy had been set at a minimum of 500 business miles a month (6,000 a year) but when Chase crunched the numbers he found that many employees were travelling a lot less than that. However, their high private mileage meant cars were still hitting their replacement cycle thresholds.

“We also looked at the 45p per mile rate versus the company car rates,” Chase says. “The modelling showed that the breakeven was 17,000 miles, so we set our limit at 12,000 miles – above that and staff qualify for a company car.”

Within 12 months, 38 cars had been taken off fleet, saving £90,000 a year. Staff were given the option of buying the cars at CAP average value and becoming a grey fleet driver while others opted to use rental cars.

Both options are much cheaper than buying, insuring and servicing a vehicle, according to Chase.

“We also removed fuel cards at the same time. We identified it as a risk not being compliant with HMRC so we switched to pay and reclaim at AFR,” he says.

“Overall, our fuel costs have reduced from £50,000 per month to £15,000 per month. Some of this is due to the reduction in fleet size, but a lot is from changing from the fuel cards.”