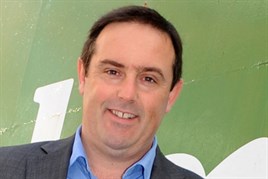 Two major projects launched over the past couple of years have together sliced a six-figure sum off the operating costs of the Carlsberg fleet.

One initiative relates to fleet funding; the other to car hire. Both were developed and implemented by rewards manager Julian Daley.

Daley joined Carlsberg 18 years ago in the finance department before being reassigned to HR in 2003 to help introduce a new company car scheme. It was meant to be a temporary move; he ended up staying put.

This mix of finance and HR knowledge gives him a unique perspective on the Carlsberg fleet.

Finance skills come into play when crunching the numbers, assessing taxation and cost modelling, while his role as rewards manager across a range of company benefits gives him sight of the bigger picture from an employee standpoint.

“It’s a balancing act between the two,” he admits.

The two share best practice but their roles are very different.

Fleet actually accounts for only 10-15% of Daley’s time; the rest is taken up overseeing other employee benefits, such as healthcare and flexible benefits.

Much of the fleet management role is outsourced to Carlsberg’s leasing provider with Daley acting as supply chain manager.

The importance of supply chain management came into sharp focus when Carlsberg went out to tender for its leasing partner.

The move coincided with a decision to end a legacy employee car ownership scheme (ECOS) and bring those drivers into an improved company car programme.

The ECOS closed in November 2012 although the process of transferring staff to the new scheme didn’t begin until the new leasing provider was appointed in February this year.

“We decided to close the scheme because it was complicated for drivers to understand, the benefits were not clear to them,” says Daley.

“There were also cost savings for the business by moving to a traditional company car scheme.”

A comprehensive communications plan kicked off in February which included seminars and interactive sessions to encourage drivers to get involved in the decision-making process.

Their feedback was taken on board. It resulted in Carlsberg moving from three to five manufacturer brands (adding Audi and Volvo to existing partners BMW, Ford and Volkswagen) and including a number of standard options on all cars, such as Bluetooth.