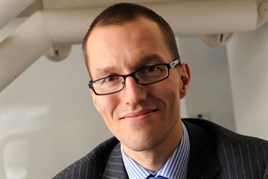 But this isn’t the result of a 20-year slog towards fleet excellence; he joined the estate agent business just three years ago.

Some of the savings have already been realised; the rest will be phased in as many of the company’s 4,500 cars are replaced on newly-agreed terms.

Jardine joined Countrywide in October 2010, initially on a four-month secondment from Vauxhall.

Countrywide’s fleet manager had recently left and, as one of Vauxhall’s biggest customers, the manufacturer offered to transfer Jardine across as a short-term solution.

He immediately looked at the company’s fleet policy and recommended a number of small tweaks.

Countrywide was receptive from the start; so much so that by early 2011 it had offered Jardine the role full-time.

“Some of the changes were to the detriment of the driver; some were for the good of the driver,” Jardine tells Fleet News. “In the same way, some saved the company money, some cost it money.”

However, the first proposal was to offer non-essential drivers greater flexibility when choosing their car.

Countrywide didn’t allow them to spend any allowance on extras such as sat-navs; Jardine changed that. He also introduced a policy allowing them to trade up or down.

The move enhanced the deal for drivers, acting as a sweetener for the next decision: to charge them for accident damage.

“When I joined the business there were seven divisions with seven people setting their own policies,” Jardine says.

“Each one was doing it in a different way. I proposed a fair and consistent policy.”

He recommended charging drivers £100 for each incident; the business agreed. It was enough to make drivers consider their actions without being too large an amount that over-penalised them when they had an accident.

In the first year, the new policy saved Countrywide just under £63,000 from a combination of fewer incidents and the contributions from drivers.

Miscellaneous damage was the next issue to be tackled, forced on to the agenda by rising end-of-contract charges from leasing companies.