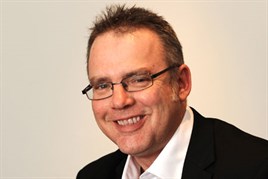 Like many public sector organisations cost cutting is high on the fleet agenda for Dumfries and Galloway Council.

With budgets being squeezed it’s a top priority for Harry Thomson, head of integrated transport and commissioning at the council.

The council has already saved more than a quarter of a million pounds by introducing a pool car fleet two years ago and focusing on reducing grey fleet mileage.

And further substantial savings have now been identified by switching funding method and extending replacement cycles.

Contract hire agreements for about a quarter of the fleet (excluding pool cars) terminate this year and the council will then switch to operating lease for most. Twenty of the 200 or so vehicles will be outright purchased.

“Those are ones with low residual values for end of life so we couldn’t get operating leases on them,” Thomson says.

“They are primarily refuge collection vehicles. Cars and vans will go through operating leases.”

So why operating lease?

“We’ve got four fully-equipped workshops that can cope with all of our vehicles and another workshop which only deals with light commercial vehicles so we’ve got the capacity to do maintenance in-house and we can do it more cost-effectively,” Thomson says.

Part of the savings come from switching to longer replacement cycles. Most of the vehicles will be on a six year cycle (up from five years).

Thomson believes that vehicle reliability, relatively low mileage for diesels (typically 10-15,000 per annum) and in-house maintenance should ensure the vehicles are more than capable of six years’ use.

The council’s 100 pool cars are on contract hire for the time being with the contracts due for renewal next March.

A centrally-controlled pool car scheme was introduced in April 2010 following the removal of lump sum payments for grey fleet users and a reduction in mileage reimbursement rates.

Essential users were being paid an £822 annual lump sum in addition to 35.1 pence per mile for the first 8,500 miles and 12.6ppm thereafter.

The problem was that many ‘essential users’ were doing less than 1,000 miles a year.