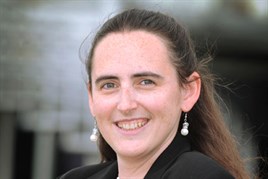 The UK’s largest fleets are typically run by seasoned fleet managers. Not so at energy company E.On.

Lorna McAtear, who is responsible for the company’s 2,000-plus commercial vehicles, is an IT project manager by trade and has been a fleet manager for just two years.

The E.on fleet team ‘poached’ her from the IT department to head up a telematics project in April 2008 and three years later, following her maternity leave, she was appointed commercial vehicle manager (the 2,000-strong car fleet is headed separately by Nina Hughes).

At the time, E.On had announced the sale of its Central Networks business. With it went the commercial vehicle experts, and every stakeholder McAtear was used to dealing with changed.

“I could have got despondent about it but I used it to my advantage,” says McAtear.

One of the first things she did was set up a fleet forum of key stakeholders in the business who could meet to discuss new legislation or changes to fleet policy.

She also set about gathering as much fleet management information as possible.

“I read all the Fleet News issues that came my way and I went to as many conferences and workshops as I could physically get to,” she says.

“Then I bit the bullet and did my training for the International CPC in Road Haulage – and passed. I didn’t need to do the training, I’m not the company’s ‘O’ Licence holder as we have qualified transport managers, but for me it was the fastest way of learning everything I needed to face on a daily basis.”

Legislation and how it might affect the fleet is one of the key things that anyone new to fleet needs to understand, according to McAtear.

She has had to get to grips with corporate manslaughter, Euro5 and Euro6 regulations, changes to tachograph and towing laws, the EU’s CO2 emissions target for vans (147g/km by 2010), a new common-format licence for all EU drivers, tyre labelling (see panel on page 35) and the introduction of European Community Whole Vehicle Type Approval (ECWVTA) for vans.

The latter has been a particular challenge.

“I had to ask lots of questions, work through it and understand the impact of it,” she says. “I was scared at the thought it was going to cost £500,000 to put the same vehicles on fleet again.”

“We could get costs down to £100,000 but it was still a significant cost to doing what we’ve always done,” she says.